North of Powderface Ridge (see the June posts for that hike) is a lower summit with an unofficial trail leading to it. Putting the kitchen back together had made it weeks since we climbed a mountain, so we thought we would try it.

It turned cold this week, and some snow started appearing on peaks. It thunderstormed in town and was pretty chilly, but we didn't expect the trail to be snowy. We were wrong. 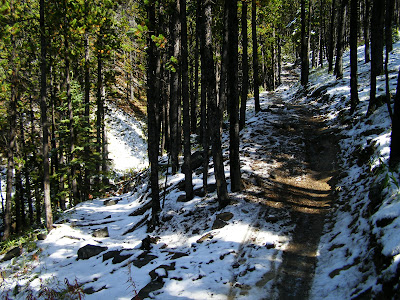 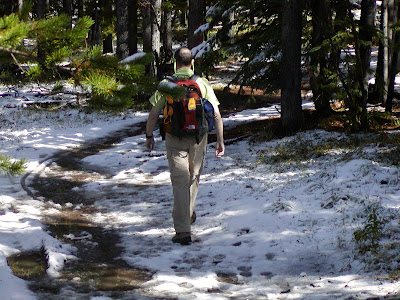 Strangly, the snow was down low. Up high, it had all melted off the meadow. The trail up climbs 25 minutes and 180 m to Powderface Pass. The traditional thing to do is turn right and climb Powderface Ridge as we did in June. Others continue straight down creek (popular with mountain bikers). We turned left headng northwest, following a weak trail through the trees, and in about 10 minutes, you pop out into meadows. Here's KC on the ridge just after getting out of the trees. 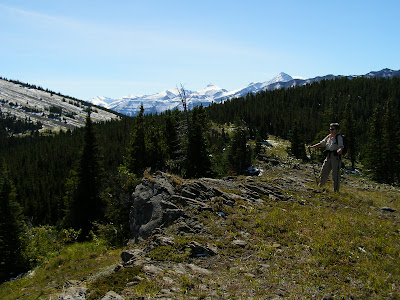 The meadows are rolling with 4 small summits. The first thing you see is downtown in the distance. 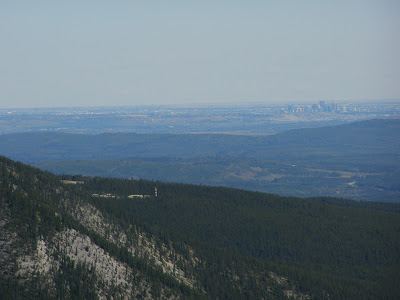 You are surrounded by peaks, with Nihahi Ridge dominating the west, and Prairie Mountain the east. The best part is that it's only about 100 m to to highest peak from the pass, and the walking is dead easy. You can wander for about 40 minutes to get to the farthest north point of the ridge. From there, you get a pretty view up the valley, with the Fisher Range on the left, Jumpingpound Ridge in the centre, and Moose on the right. Here's a panorama from the north end.

This is looking back on the meadows from the north. Powderface Ridge is on the left; the peak on the right is an outlier of Powderface. So the meadows are essentially flat or rolling at worst. 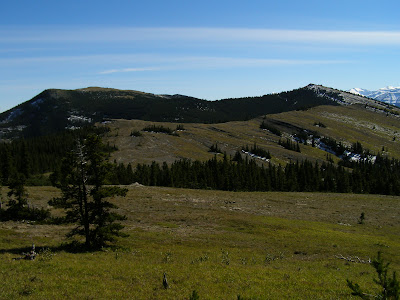 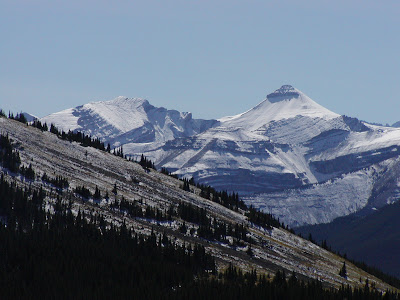 It was an interesting day for wildlife. We saw a family of 3 spruce grouse... 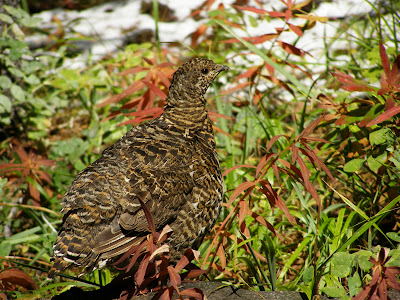 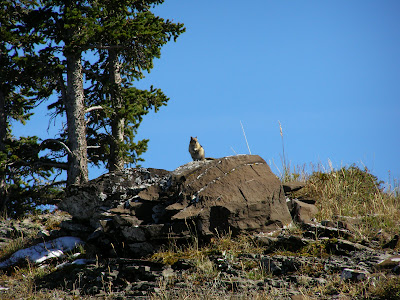 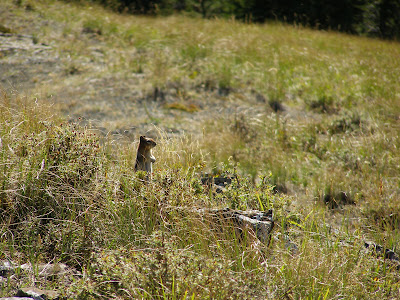 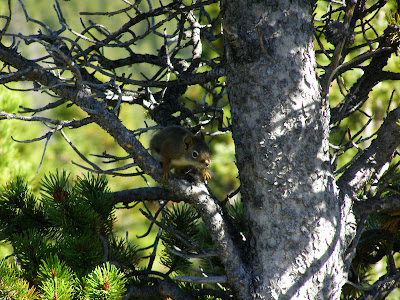 There was also a lot of neat birds in the trees; blue headed vireos and a golden crowned kinglet.

So this version of the Powderface hike is shorter, easier and less busy. We saw no one in the meadows, but observed literally dozens on the traditional Powderface Ridge. They are missing out.
Posted by Derek & Karen at 19:10