Weekend in Wyoming: The Hike

The place we were staying is in the Absaroka Wilderness area, and basically the end of the road is the end of everything. There aren't many formal trails, but there are game trails, and if you know the area (as our wonderful hosts did), you can get anywhere. This area is used in the summer to range cattle, and is a hunting area for a few weeks in the fall. Virtually all the land in the area is either state land, BLM land or national forest. Here's an overview of the GPS track of our wandering, shown in Google Earth. 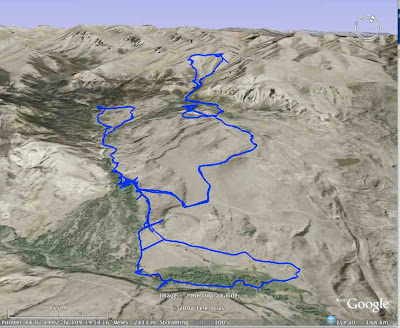 The geography is pretty simple; way up high and in the west is the Yellowstone Plateau, a remnant volcano, with a layer of basalt showing up as cliffs near the edge. Then there's big steep walls down to the bottom of the river valleys, and from there, it's flat into the centre of Wyoming. You can see all three zones in this shot. 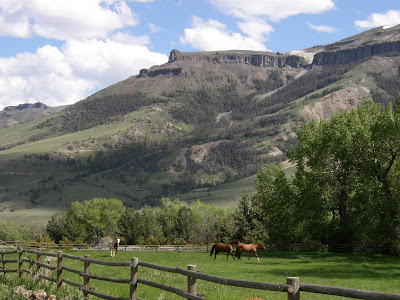 The main hike our hosts took us on was up to a rock formation known locally as "Rabbit Ears"; it's the loop in the background of the Google Earth image. The ranch was at 7,600', and the plateau at Rabbit Ears is 10,400'. The Ears themselves are volcanic outlier remnants. Here's what Rabbit Ears looks like from down low: 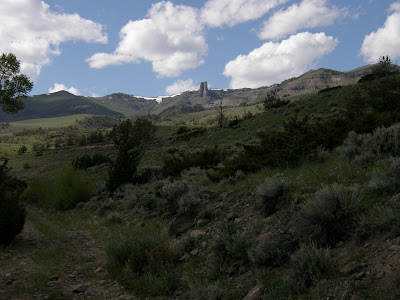 The trail we went up follows an access route near the cliff edge, then cuts up a creek bed into a cirque that's a hanging valley, and then makes a beeline straight up for Rabbit Ears. This is just before entering the creek cut valley. 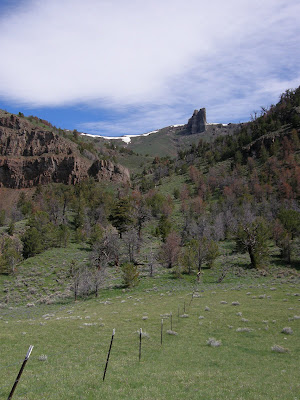 The "trail" was tough, hopping back and forth across a small creek. Once up in the cirque area, we found a few herds of sheep, including a small group of boys with VERY big horns who didn't seem to care about us too much. 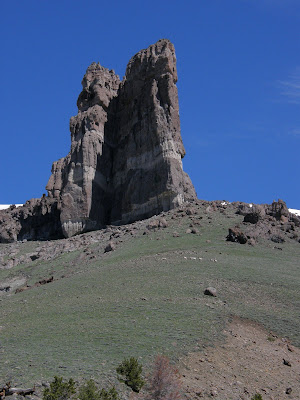 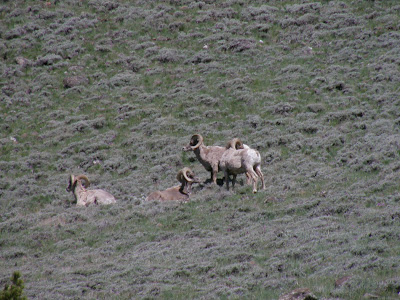 At this point, you're almost level with the basalt outcrops on the other side of the valley. Near Rabbit Ears, the grass changes to rubble, and in spots, the footing was awful. KC was glad she had hiking poles. I can't use them due to my arthritis. 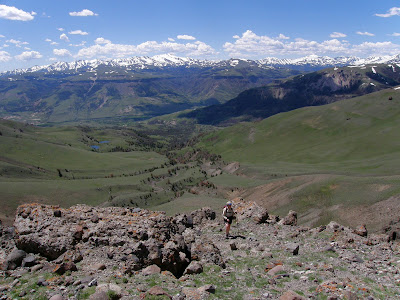 We stopped for a picnic right at the base of Rabbit Ears, and this is the view of the entire Wolf Creek basin.

On top is a high alpine plateau. Once you got here, you could walk for miles barely gaining or losing elevation until you hit the actual flanks of Carter Mountain. 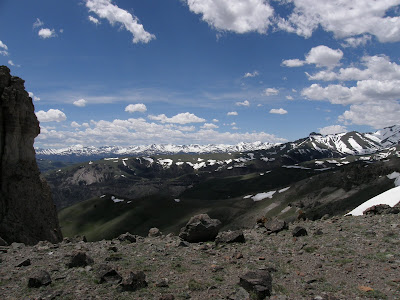 Once here, we saw a herd of elk munching in the grass. 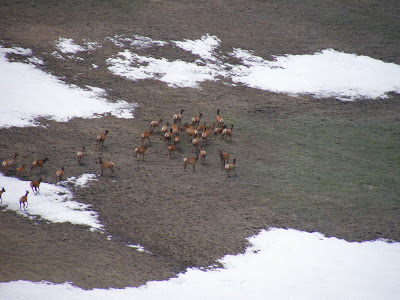 The views at the top were stellar. 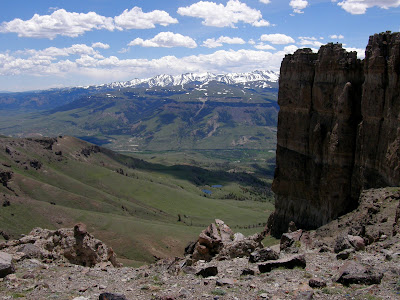 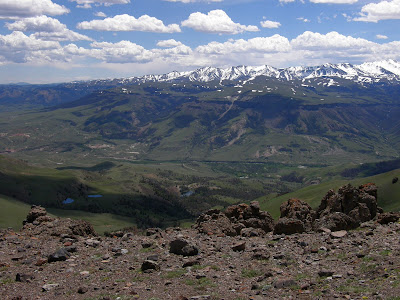 Rabbit Ears only looks like the ears of a rabbit from below. Up top, it's obviously flat. 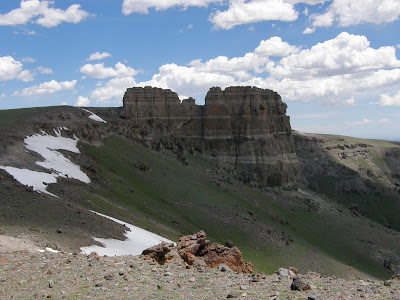 And there's other outcrops like this; there's Chimney Rock and The Outlaws (as they are called by the locals) in the distance. 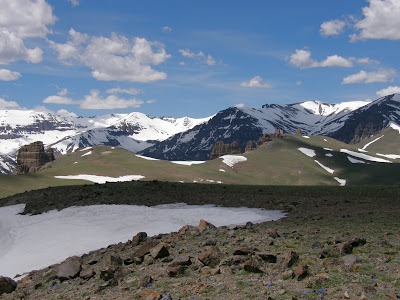 The route down always seems easier. 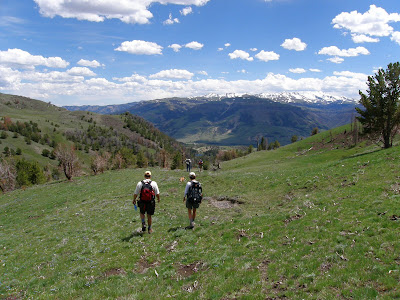 All in all, it was one of the toughest, most rugged and most satisfying hikes I've been on in a while.
Posted by Derek & Karen at 15:46

Rabbit Ears itself is alternating layers, with one gray layer of about 10' in thickness that's just compressed ash. It was so lightweight you could pick up huge chunks with ease.

Also, plastered underneath the edges were Cliff Swallow nests. Fun to watch, as they came in and fed their kids.