I've always said that when we go to Big White for a week in March, we get a little of everything. 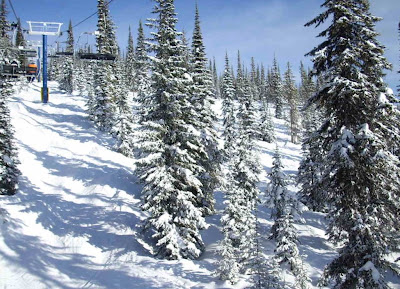 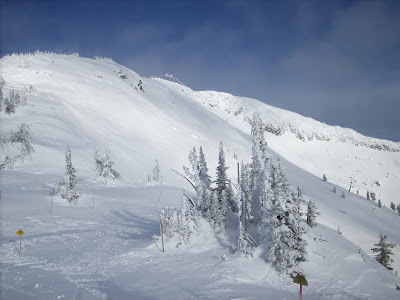 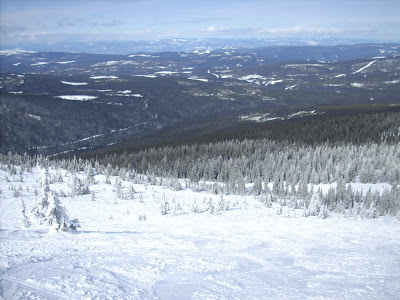 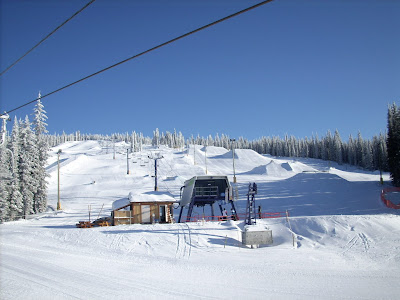 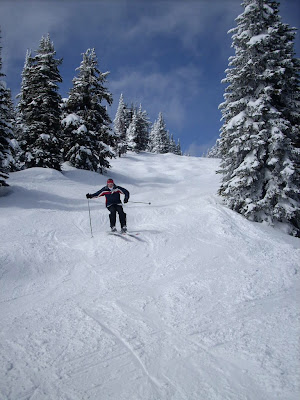 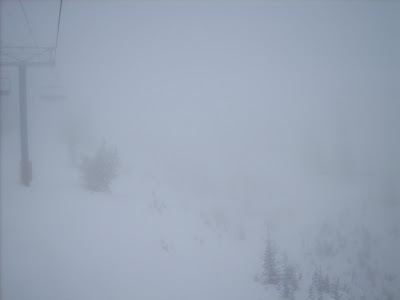 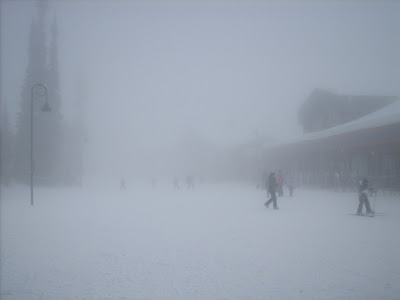 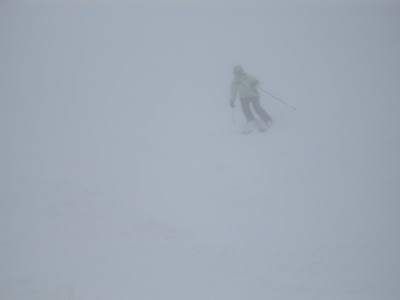 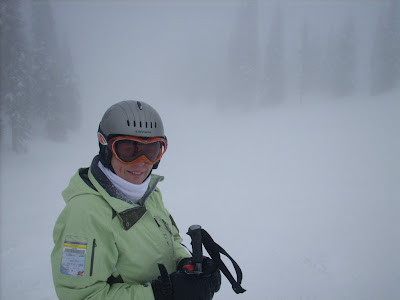 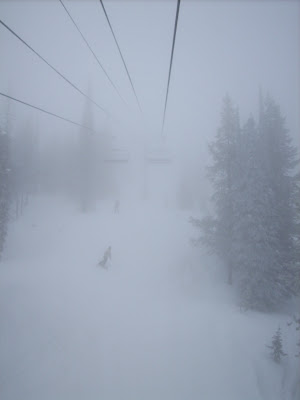 We get groomer days, and powder days (it snowed a total of 30 cm on the first three days we were there, and dusted on virtually every other day)... 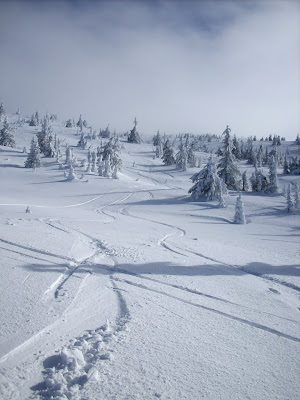 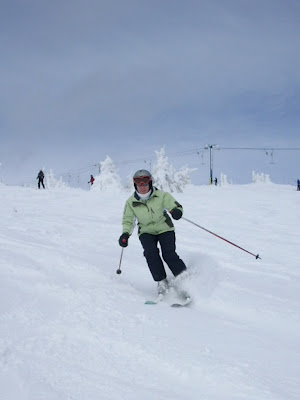 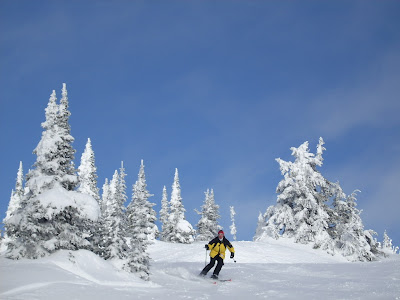 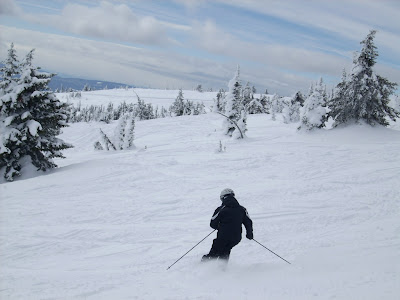 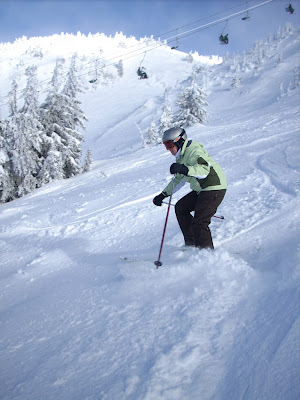 ...and in fact, some days, it snows quite hard. 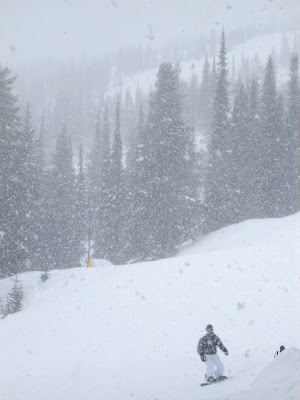 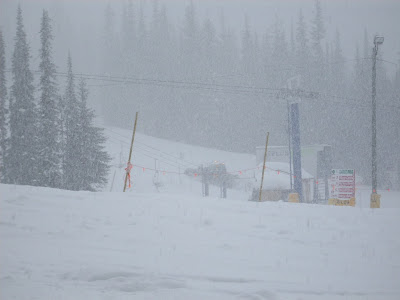 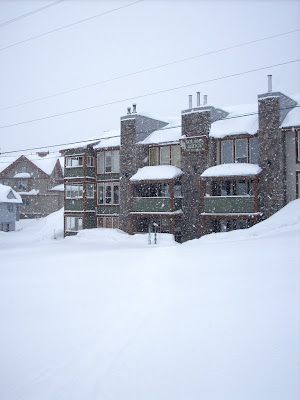 ...and I get to stay somewhere nice, and ski with my brother, his wife, and KC -- and if I'm lucky, meet puppies. 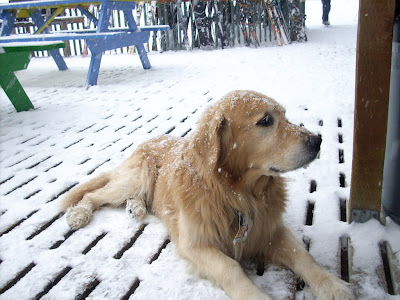 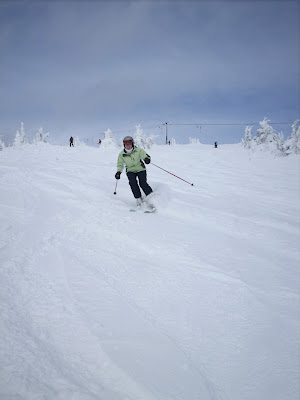 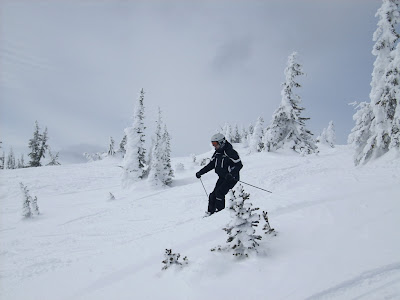 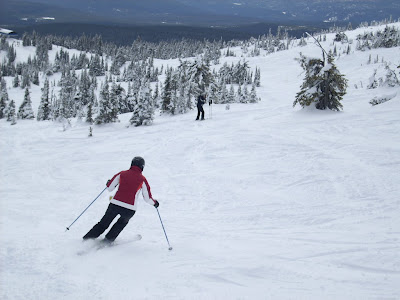 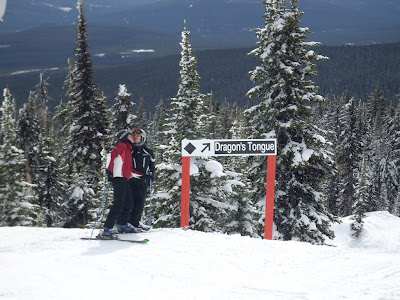 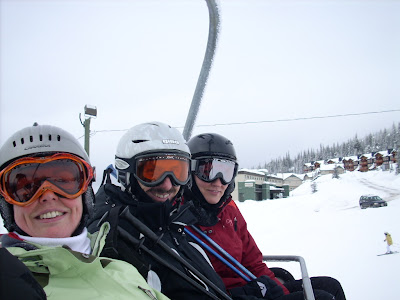 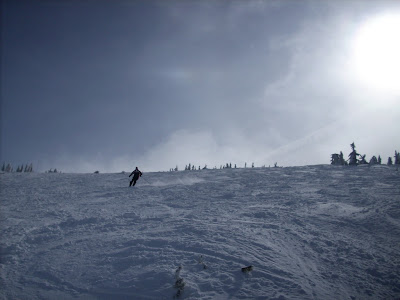 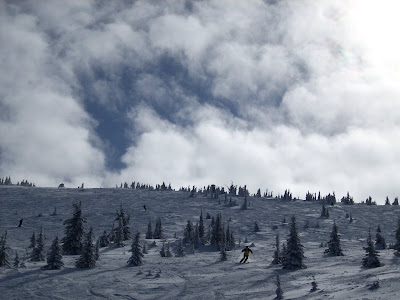 All in all, not a bad way to spend a vacation.

Note that it only took until Tuesday March 17th to break last year's vert, which was a record year for us, and we broke 200,000 vertical meters on March 21st.

We would have done better had we not been fogged out on Thursday, getting only 3,795 m in. We would have been fogged out on the Friday, too, but we decided to "go for it" and made over 10,500 m in viz that was at times down to 50' or less. We did it by starting at the Black Forest, and going down every run starting on the right and ending 24 runs later on Born to Run. Twenty four runs in basically zero viz. Here, for instance, was the viz at the top of the Black Forest. There really are trees to the right and left. 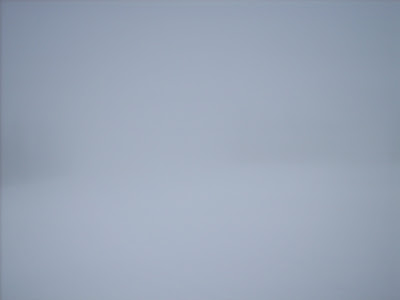 The best day was the 21st. Falcon & Gem had been closed for 6 days and 3 days, respectively, and we got first, second and third tracks in the Falcon Bowl in the beautiful sunshine. Knee deep freshies. Sun Bowl was almost as good. And the first Sunday was pretty fantastic, too. with 15 cm and piles of freshies in the Black Forest glades.
Posted by Derek & Karen at 20:55