West Wind Ridge: Flies Biting while on a StairMaster

Sitting square in the view of the window of the master bedroom at the West Wing is West Wind Ridge. And while we had planned on heading up the Tent Ridge Horseshoe, the Ridge called to us.

The first 3 km of this hike is a beautiful wander through a lush forest crossing Pigeon & West Wind Creeks. 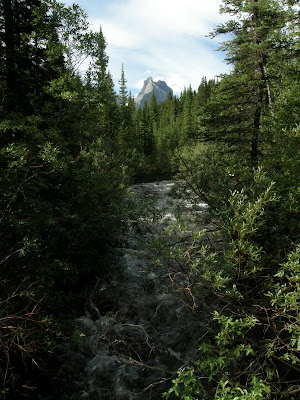 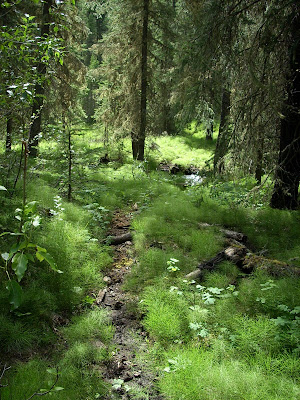 What did not occur to me until afterwards was that the hike was 15 km round trip, and 740 m height gain -- except that virtually none of that height gain happens in the first 3.3 km. So the (post hike) math said that you gained 157 m per km of trail when the climbing starts. And a steep, grueling uphill was what this hike was all about. 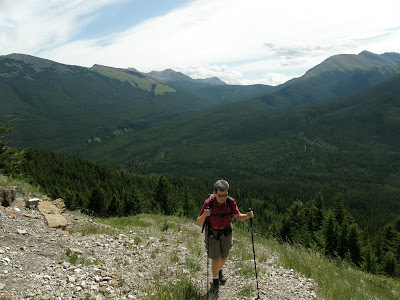 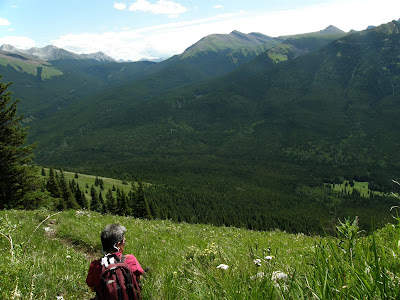 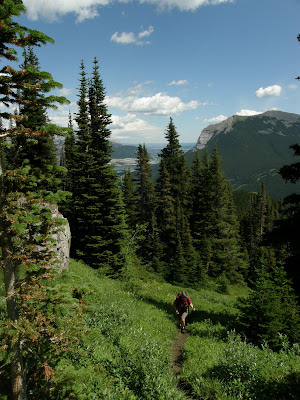 In fact, the height gain in the last kilometer we hiked was 300 m. This is steeper than any staircase you normally climb, and you get to do it for a solid hour or more.

On its own, that may not have been bad. But the flies in the meadow were plentiful. And they bite. So in addition to trying to keep your balance while climbing a ladder, you have to swat the flies continuously. Not fun.

And then, after all that climbing, you hit what is affectionately referred to as "the rock step". When I was in my late teens, I used to rock climb. "Step" my butt. This was a climb. The "easy route" is over KC's right shoulder in this photo. 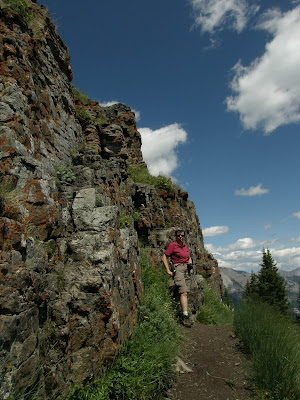 Was it worth it? Sort of. Some of the views at the place where we stopped were indeed fine, including the view back to West Wind Pass (one of our favourite hikes). 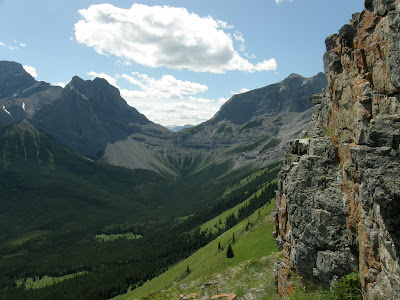 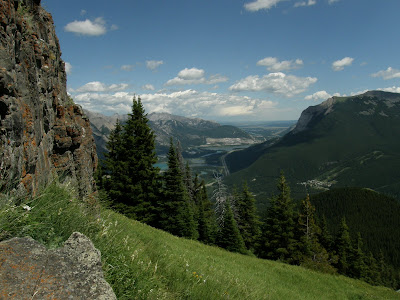 But about half way up, you can stop at Windy Point, the first knoll on the mountain. The views from there are almost as good, and a heck of a lot less work. 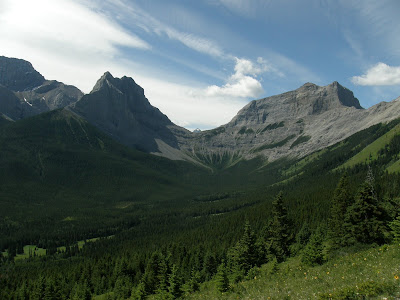 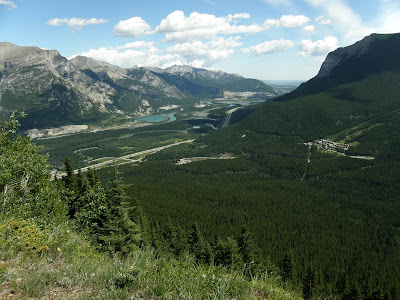 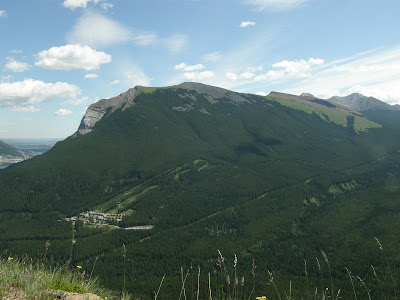 You can even see the route upwards, that fools like us actually climbed. 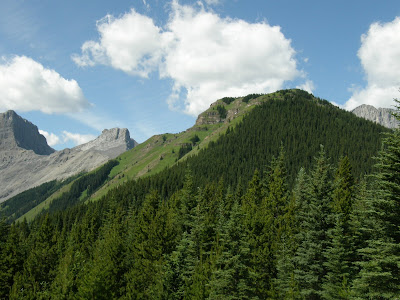 And you can see the West Wing. 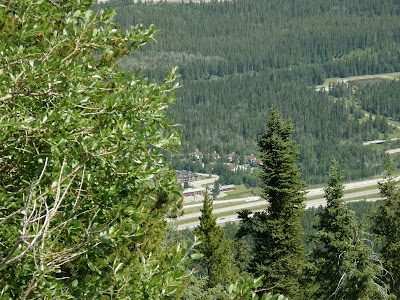 We were also a bit surprised (and possibly relieved) to virtually no wildlife on the trail, other than Columbian Ground Squirrels and Red Squirrels. Wind Valley is a grizzly, black bear, sheep and elk hotspot. We saw cougar poop and wolf tracks... 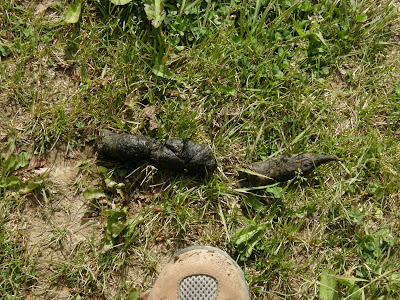 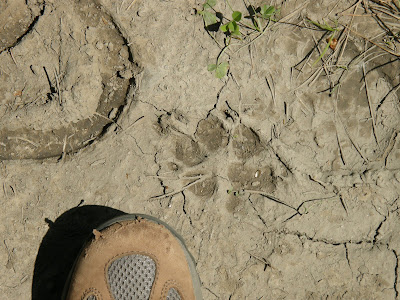 Was it worth it? I don't think we will try getting to the ridge again; it almost killed the both of us, and we didn't even try to scramble. But Windy Point was nice, and knowing what we know now, we could bike part way there. In the meantime, I think we will be content looking at the valley and the route up the ridge from the safe and easy confines of the West Wind Pass trail instead. 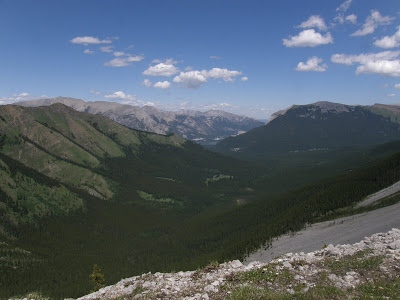