Okay, so in the last decade I've seen maybe 4 moose. A few hikes ago, we saw two in one field. Saturday, we saw 3 different ones spread out over 10 miles along Hwy 742. Go figure.

So I was bound & determined not to let Japanese tourists ruin my attempts to get to Rummel Lake, and today we succeeded. This hike is a lot like Chester Lake, but much less crowded. The opening few km up through cutblocks is steeper and more overgrown than Chester, but offers some views up the Spray Lakes Valley. 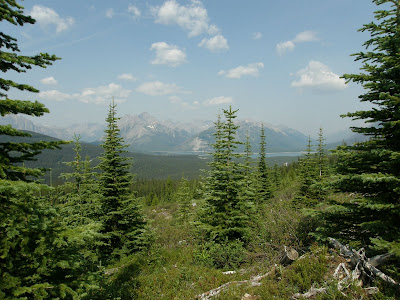 The trail arrives at Rummel Creek, which is far better than Chester, which is nowhere near the creek. The path braids; we took a suicide route along a cliff edge above the falls -- worrisome, but the photo opportunities were good. 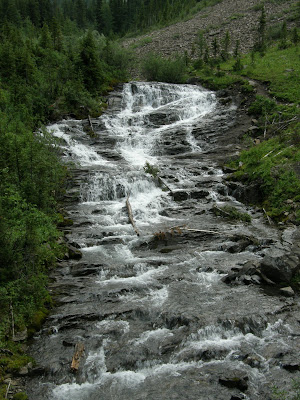 Then you get to the lake itself, which is just as nice as Chester. 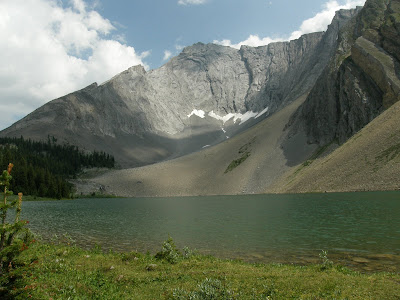 But just like Chester, there's more beyond the lake, and it's not worth going if all you do is stop at the lake. Beyond Chester is the Three Lakes Valley; beyond Rummel is, well, more lakes, tarns and alpine. The alpine becomes lots of talus very fast. 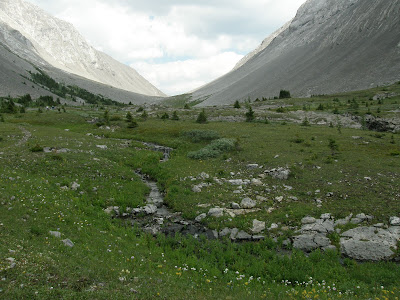 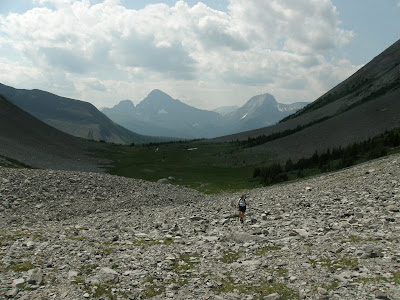 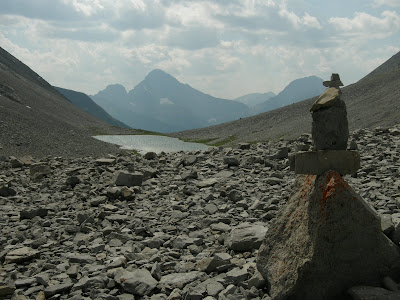 The high alpine is infested with Columbian Ground Squirrels. 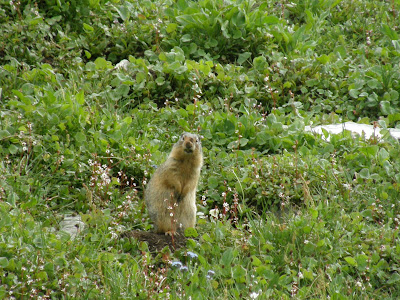 Unlike Chester, at the end is one heck of a view, down the valley towards Lost Lake and the Galatea Lakes trail, making the trail like West Wind Pass on steroids. 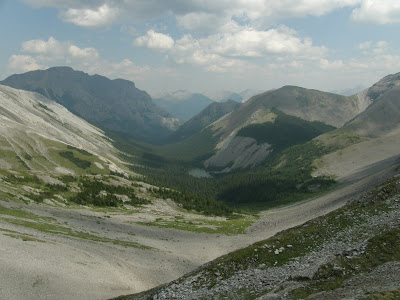 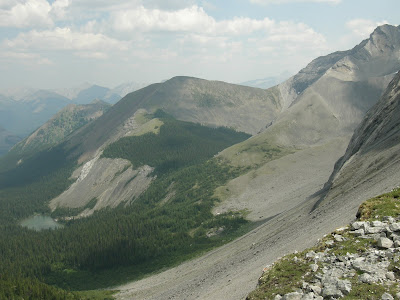 So while I like Chester, I've decided there's just too many tourists on the trail, and will head to Rummel from now on.
Posted by Derek & Karen at 17:47