Ever wanted to sit front row centre for a concert? How about for John Mayer? We missed it by 2 seats. Centre would have been seats 25/26, and we were in 27/28. Ah, well. There's always next time. 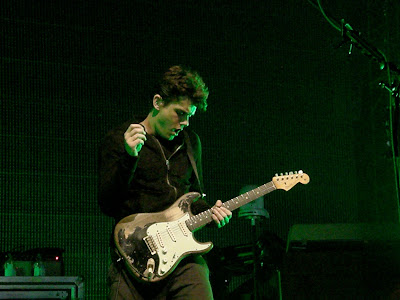 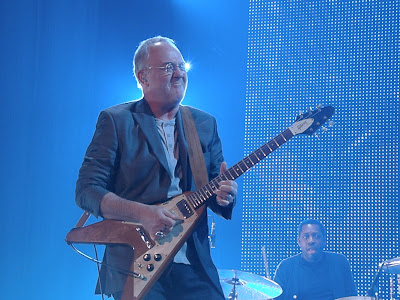 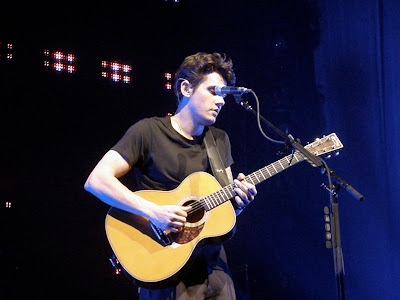 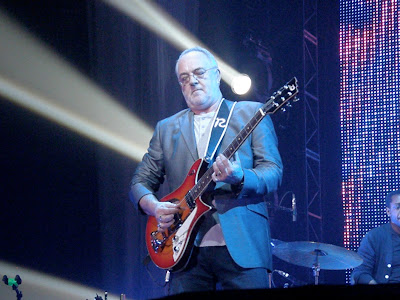 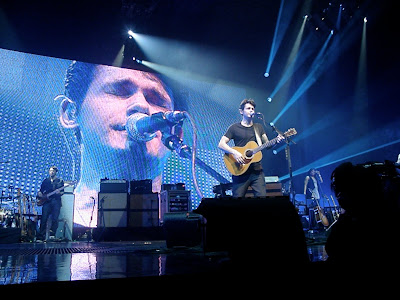 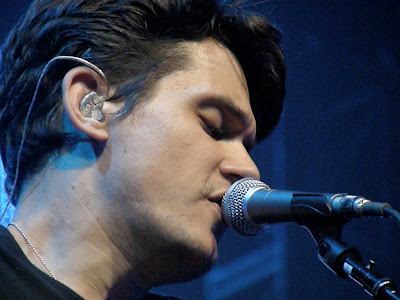 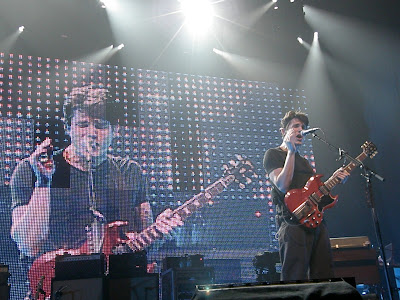 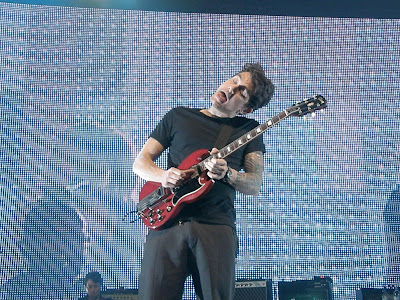 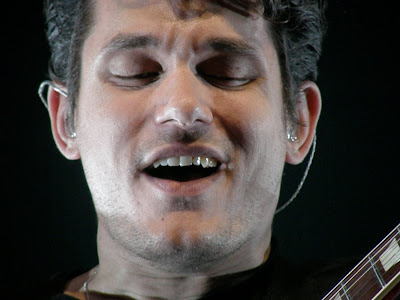 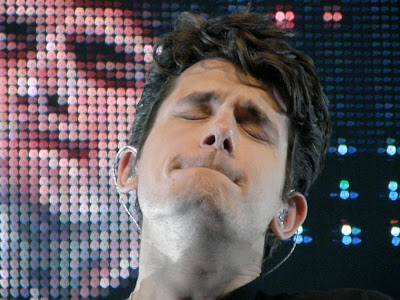 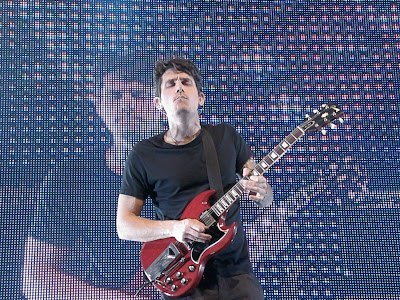 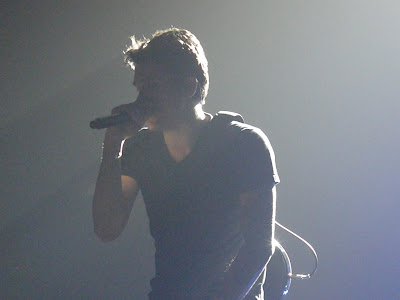 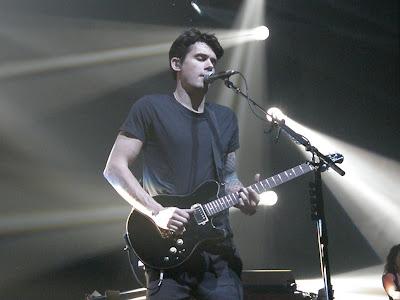 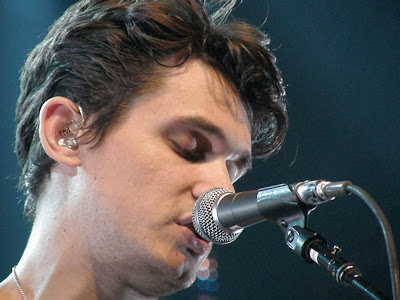 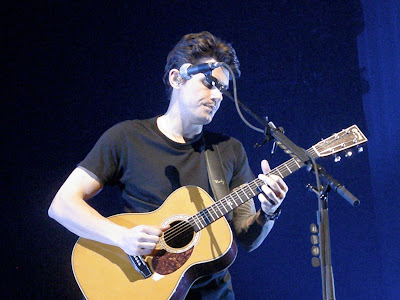 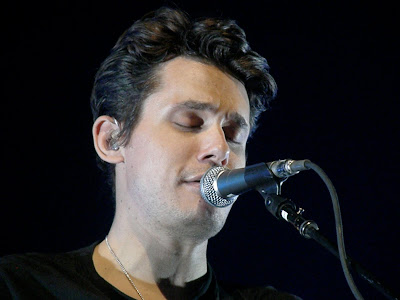 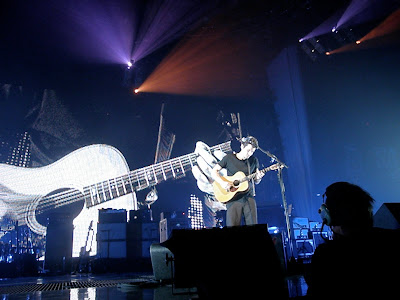 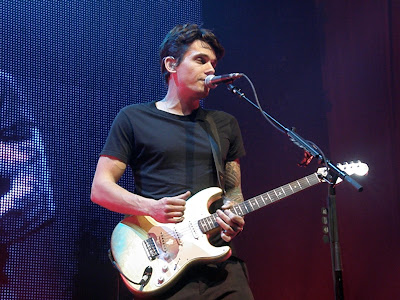 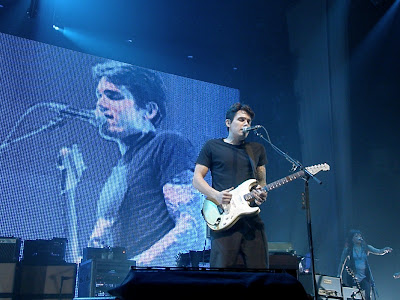 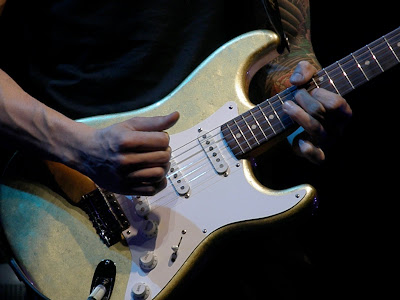 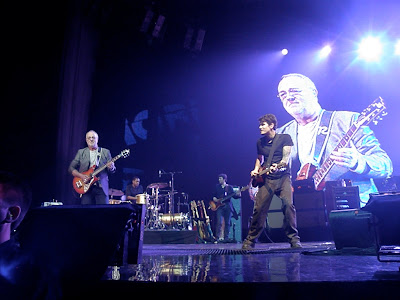 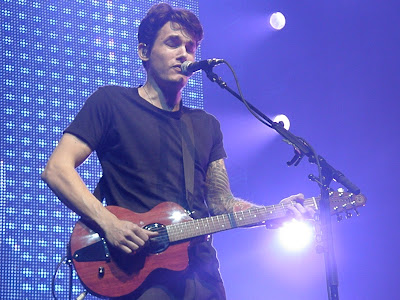 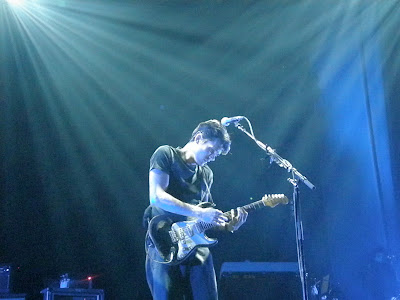 I've rarely been impressed by opening acts. This one was an exception. Michael Franti and Spearhead. A little hip-hoppy for me, but otherwise, excellent. 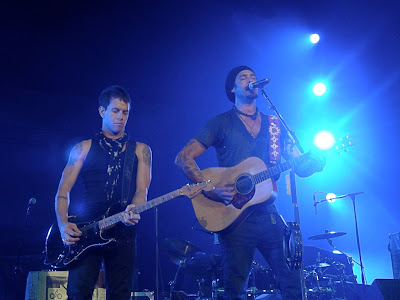 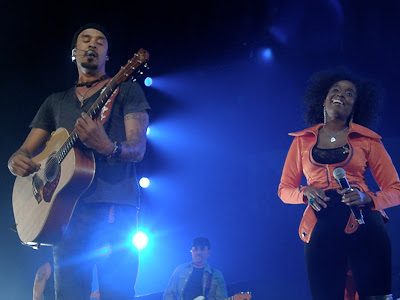 Concerts always have crowd stories. Here were my faves:
• The group of late teen girls behind us discussing how they had deliberately dressed "like skanky whores" in order to get free drugs
• The nice young lady beside us who forgot her camera, and wanted me to take her picture to prove that she was there 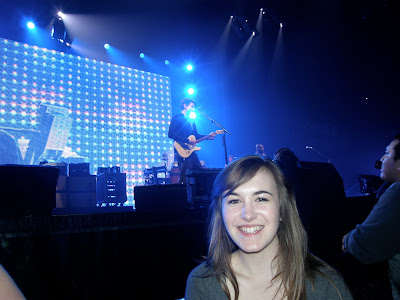 • The security guard in front of us, a very nice man preventing people from invading our front row space, using only a flashlight
• The antics of Michael Franti, who for their last number, invited all the kids up on stage to sing and dance 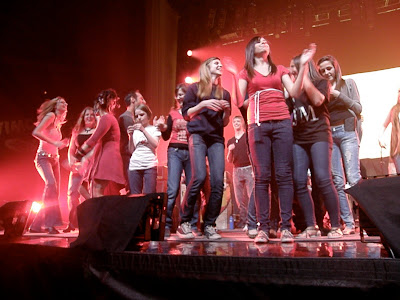 • The very fun young couple who started out beside us -- until the folks who were supposed to be there showed up. They lasted until John's set.