Ski Day 26: All weather, all the time


We started with 15+ cm of silky boot top powder covering everything, including the groomed runs, much to Claire's chagrin. 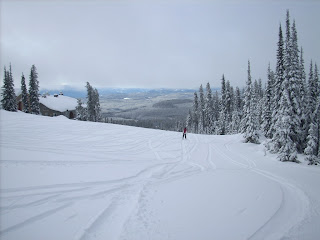 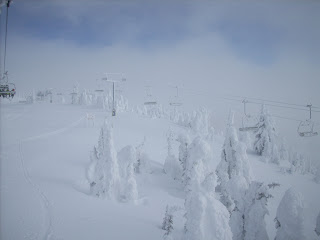 At least the sun was out, sort of. A thin mid mountain cloud deck remained, and I got fantastic first tracks in the glades between Paradise and Exhibition. In the meantime, my brother braved Red Hawk, which was fairly easy due to the pow. 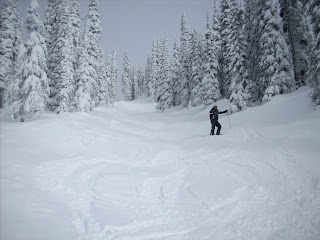 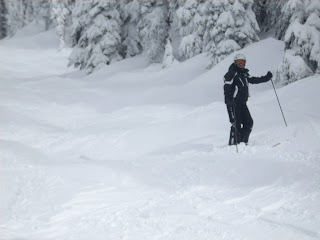 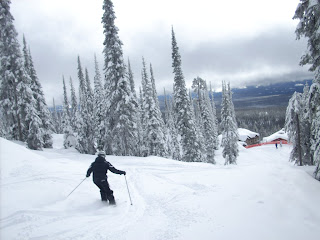 KC enjoyed it too. 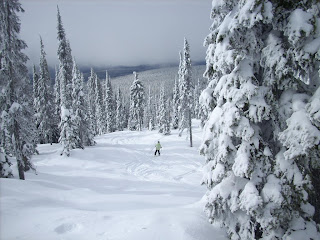 Claire wasn't a huge fan of today's conditions, since there was "too much snow" even on the groomed runs like Squirrel. 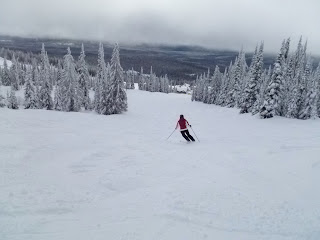 Born To Run was "better". 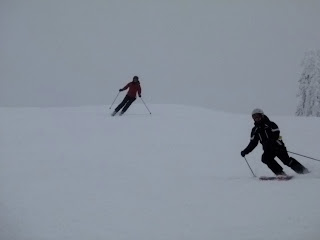 Personally, I think conditions like those are what you make of them. I rescued a young lady probably 6 or 7 years old who had fallen, lost a ski, and was stuck in the deep snow, helping her up and delivering her safely back to her instructor. And Squirrel's edges while not deep pow were kinda fun. 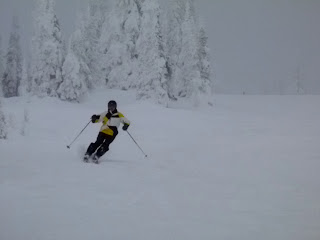 You can see by now it was clouding over, and after lunch it dumped snow for a while. 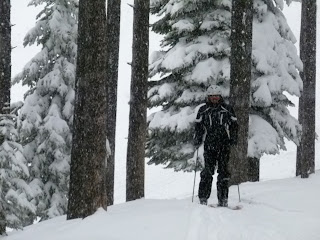 We had a lot of fun in the deep pow after lunch over on the Bullet. Snow showers came and went, as did the sun. Some of the showers left things that were more like snow pellets than snow flakes. 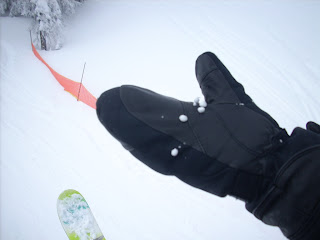 The best was when the sun popped out, highlighting the snow and the black clouds. 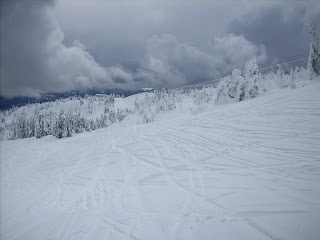 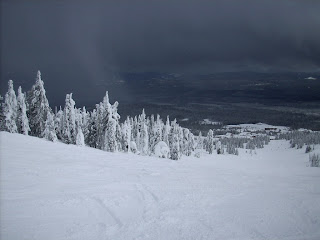 You can see a passing shower in the second photo on the right side.
Posted by RyderDA at 19:07