The plan for today was simple:


Job #1 was checked off with a 9 AM wake-up after last night's fountain festivities.

About 4 blocks from our apartment is a market that is undergoing major renovations, the Sant Antoni market. The building it should be in looks cool (no good photos as it is wrapped in metal). The temporary building is a block long and fills the road portion of a street.
It's a cool and crowded market, with fish... 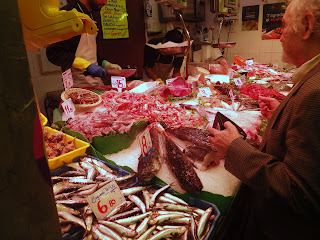 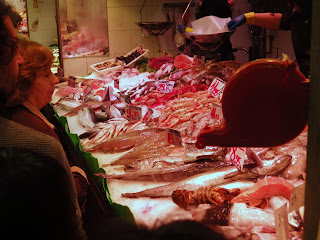 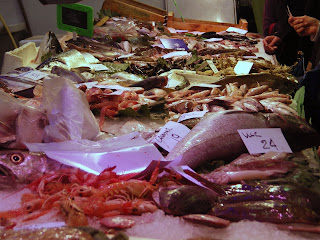 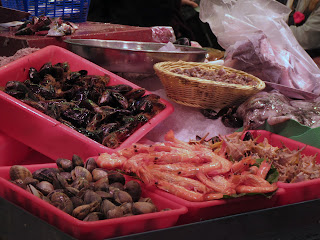 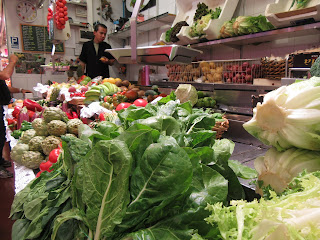 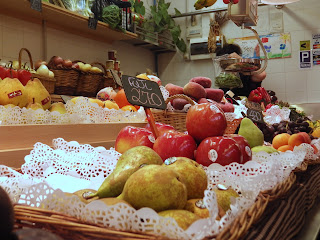 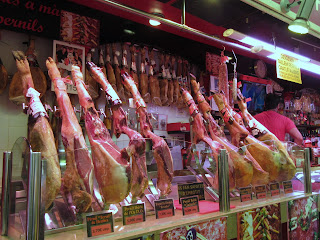 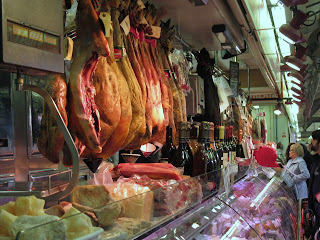 There are also fresh meat stalls selling beef and pork and chicken and rabbit and goat. But... none of the prices were as good as my local stores. Sigh.

Next door is another block long market selling clothes. Not a great market at all.
So we walked 4 block further to the biggest market in Barcelona, La Boqueria. This place is huge. Big. Ginormous. The size of a full city block. And it was stuffed to the rafters with humans. We walked up and down the aisles for the better part of 2 hours.
And then there were the fish, including live lobsters and crabs who were pissed and trying to crawl across the ice to escape.
But again, everything we saw was 25%-50% more expensive than in my local stores.

The market also has cafes, but each was wall to wall humans, amd I had no idea how you would get a seat anywhere.
We opted for take out; a coronet wrap of breaded fried chicken, and one of calamari and fish. Both were OK but would have been MUCH better if they were hot. We had to eat standing up because it was raining outside the market and elbow to elbow inside it.
After lunch, we ambled up La Rambla, a popular main drag with a pedestrian walkway and stalls selling flowers in the middle. This took us to Place Catalunya, a central transit hub, home to a big central square with flowers...
...some fountains...
...and the Apple Store. 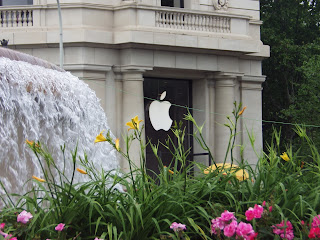 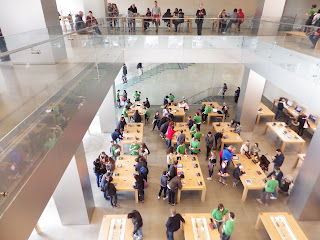 We continued to saunter up Passeig De Gracia, home to a whole lot of stores I can't afford to shop in, including Prada, Rolex, Salvatore Ferragamo, Hugo Boss and others. The architecture is often opulent, ornate and effusive.
Then, suddenly, there are crowds, lined up to get into an ugly building. The building? Casa Batllo, designed by Gaudi, or should I say gawdy, or "gawdy awful".
That anyone let this nutbar design buildings in beyond me; that people pay €17.50 to go tour it is even more impressive (more on this later). The building next door (the Casa Amatller) is also weird but at least nice.
These two buildings plus one of the ones above constitute the "Illa de la Discordia", and around the corner is another strange place: the Fundacio Tapies, an art gallery with a wacko metal sculpture on top (that I hope is neon lights and lights up). I had to use in-camera HDR to get this one.
Continuing up the street, we ran into another Gaudi architectural monstrosity, the Casa Mila "La Pedrira".
And it's not just the exterior of these buildings that's whacked. Here's a look to the inside courtyard.
Yeah. Only costs €20 to get in this one.

We bailed from "modernista" architecture at this point, headed home, and bout groceries at our local places where the prices are reasonable. After dinner, we headed back to those fountains at the Place de Catalunya, because all the info we had (including a sign at the fountains) said they danced to music on Saturday nights. Well, they dance, and are lit up, and are pretty, but no music. 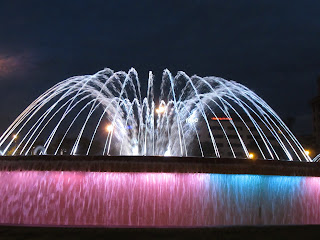 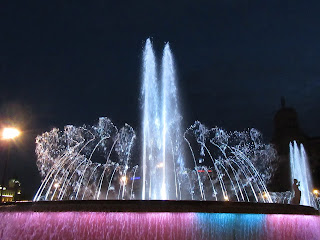 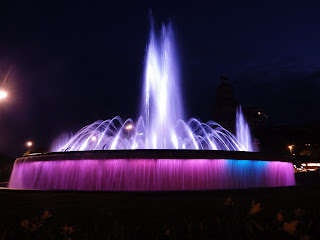 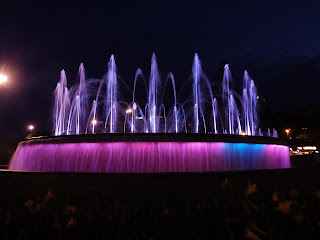 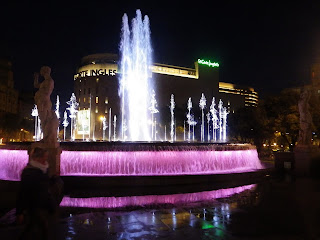 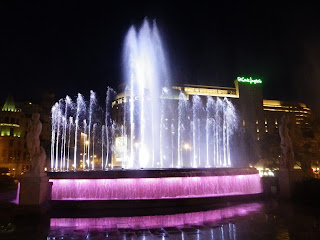 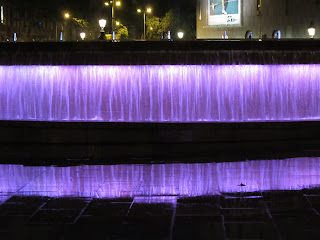 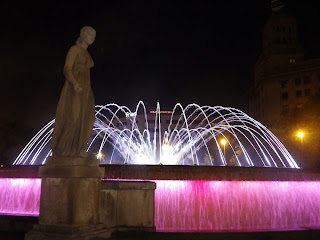 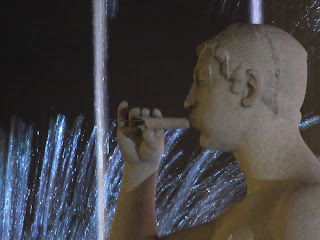 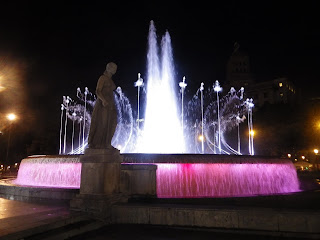 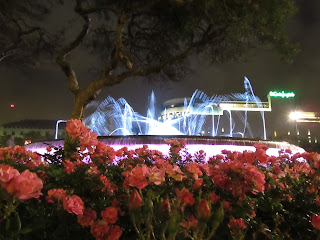 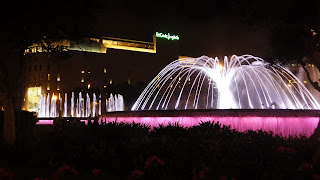 We figured lit fountains = lots of fun people watching, but while there were folks around -- and touts firing LED helicopters into the sky -- there weren't a lot of them. We wandered back down La Rambla and over to home, and were about to head inside when we heard...

...drumming. Loud, marching band type drumming. We had to investigate. About 3 blocks from our apartment, we found La Tabalers de Poble Sec (a ~50 person drum troupe) performing in a square. 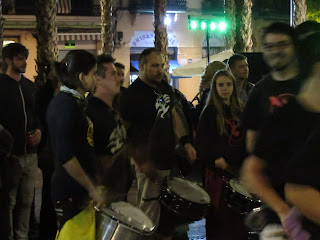 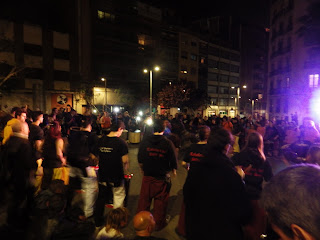