Sub zero and cloudy AM... 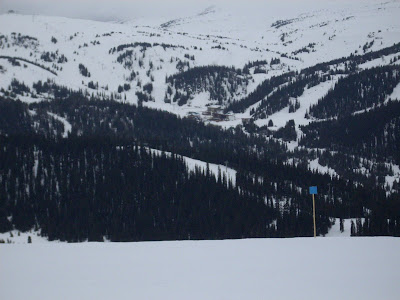 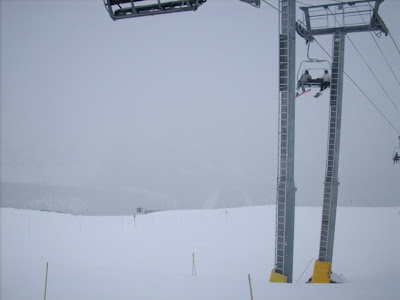 & serious snow by 2 PM, reducing viz to zero in many places. 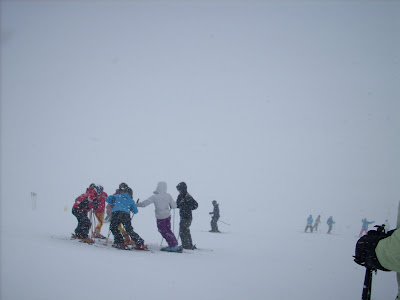 Conditions were pretty hard everywhere, but much better on Goat's Eye than elsewhere, as even Assiniboine Flats was a dusting covering super hard ice crust. It never warmed up, staying a very wintery -5 at the base of Divide, so softening of the ice never occurred.

The run of the day, though, was Bye Bye Bowl, as they had groomed a fairly wide strip, and about 4 cm had fallen on top of it, so the turns were very sweet, but you couldn't see a thing. 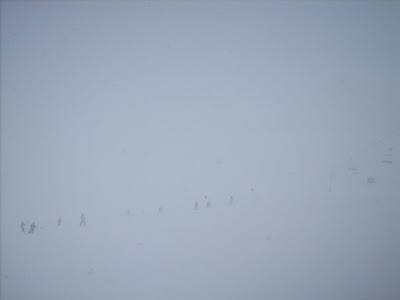 We intended to stick around for the Stills concert, but the light got so flat and the snow falling so heavy that we decided to exit early. Even at 2 PM, there was a very silky 4 cm new in the village area, and the snow was falling heavily all the way down to the parking lot. 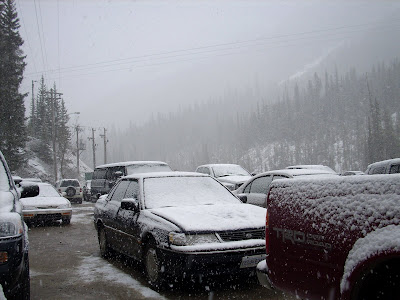 The ski out is fine, though wet below the curve station and B-Line. I suspect tomorrow will be a good day. Despite the Stills, it wasn't busy.
Posted by Derek & Karen at 18:20