Chris Fisher and John Acorn write, in "Birds of Alberta"...

The tiny Rufous Hummingbird is a delicate avian jewel, but it's beauty hides a relentless mean streak. Sit patiently... alongside a hummingbird feeder, and you'll soon notice the territoriality and aggressiveness of these birds - they buzz past one another and chase rivals for some distances. Although it must seem lifke life and death situations to these birds, to our eyes, the scale of conflicts between these mini mites is cute.

They don't know the half of it.

We have at least 3 females and 2 males using our feeder, and spent two hours on Saturday watching them all fight over it. The females guard it relentlessly, two rivals sitting together mere feet apart in a tree. 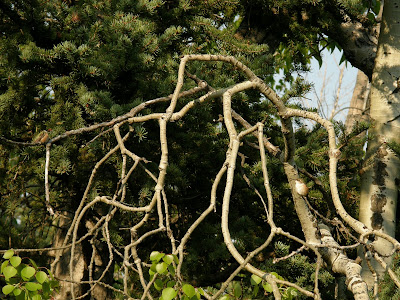 They seem to throw insults at one another, constantly chattering away, and acting big. 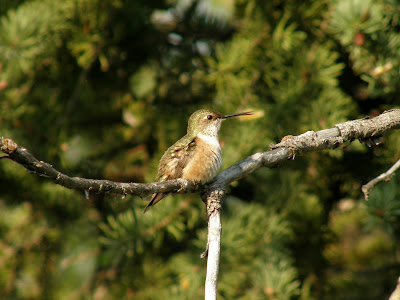 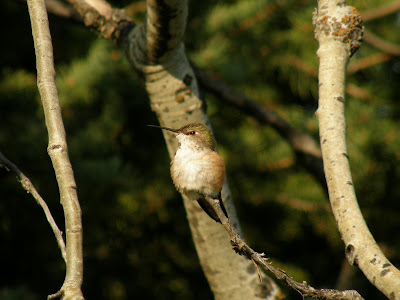 Let either one attempt to feed and the other chases and attacks with tail fathers spread out. They blast around the at 60 mph sky in violent aerial attacks oblivious to onlookers like me. Try and photograph that and see how you do... 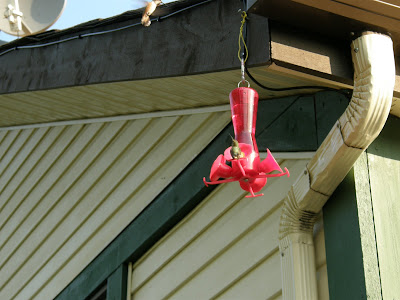 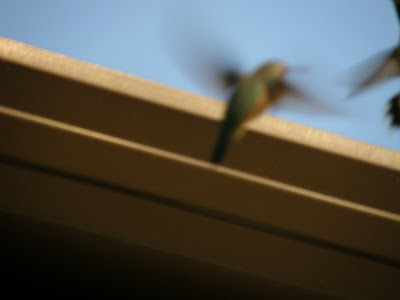 The boys, on the other hand, with their iridescent red throats, appear to be allowed to eat at will. 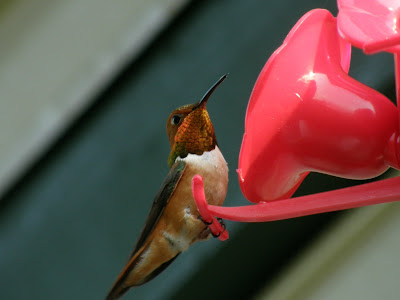 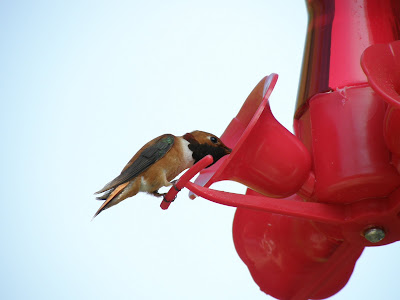 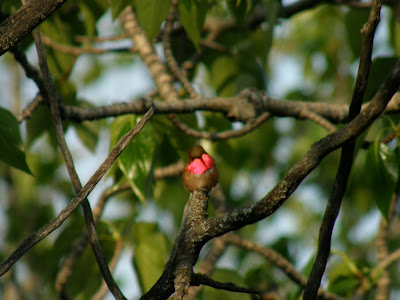 Then the boys fly what appears to be a mating dance. They blast along at 60 mph, then pull up 100' in the air, perform a hammerhead stall, and rocket back they way they came. They then pull a u-turn somehow (we never saw how) then tear off and do it again, and again, and again. Amazing to watch.

These are just beautiful critters to see. 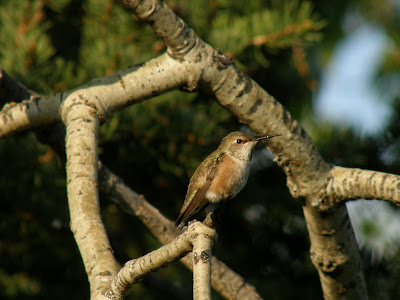 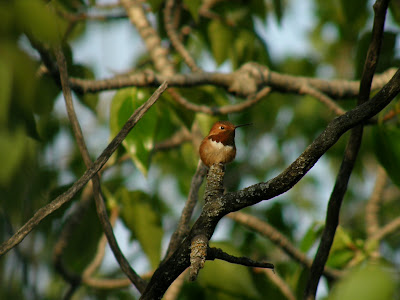 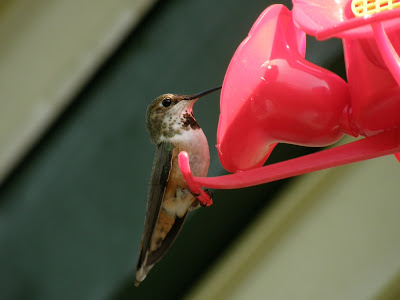 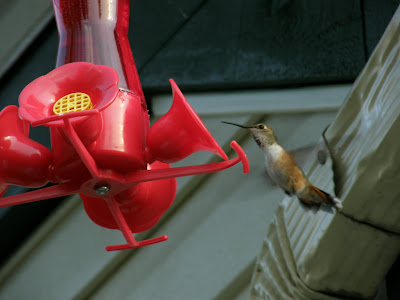