Burstall Pass is one of the most popular trails in Kananaskis, and I can see why. We biked up the first 3 km (on the "boring fire road"), which gave us the chance to savour more time in the high alpine. The trail itself is cool; you get great views of the Robertson Glacier, and you have to rock hop about 1 km of glacial outwash plain. Note: the numerous creeks have more water in them in the afternoon than in the morning. 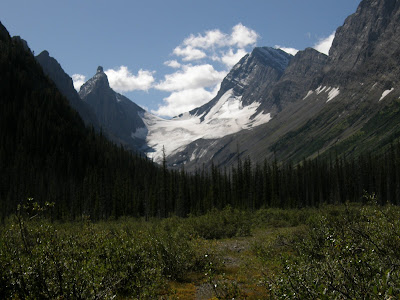 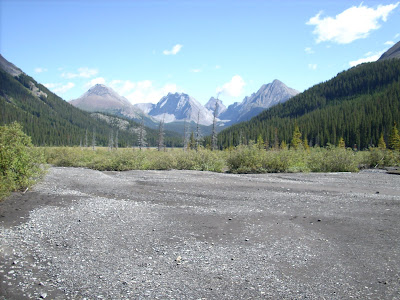 The valley stretches back to views of Mt. Birdwood, Pig's Tail, Commonwealth Peak, and across Hwy 742 to Mt. Chester & Gusty Peak. 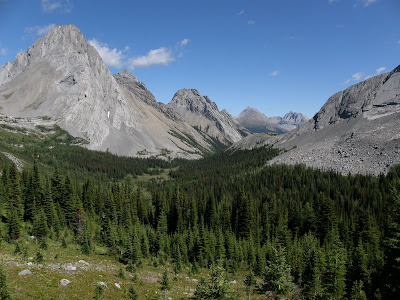 The meadows at the top are fabulous, though devoid of wildlife other than Columbian ground squirrels, and the odd bear den (we saw two). 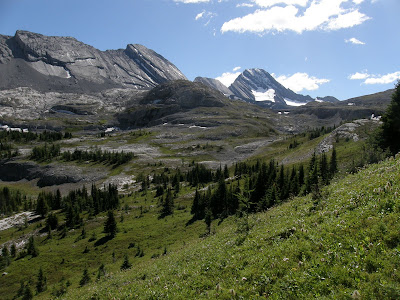 We found the pass itself REALLY disappointing, so climbed the ridge directly in front of the pass, wondering at the folks who will try Mike Potter's ridgewalk up Snow Peak and the extension of the ridge we were on. Both looked devilishly tough. But the views from the ridgetop we were on were fab, including Leman Lake and the Spray River valley, and Mount Assiniboine. 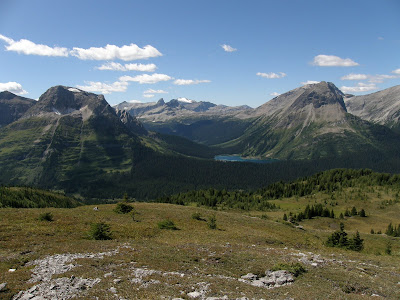 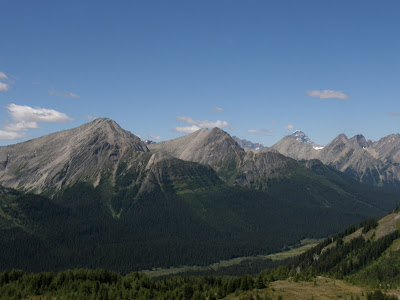 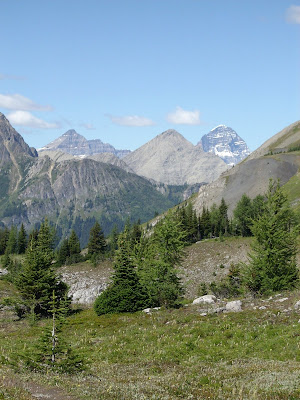 Having time, we continued up to South Burstall Pass for spectacular views of Mt. Sir Douglas and the two glaciers that flank her north side. 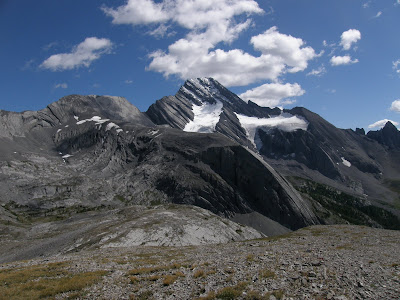 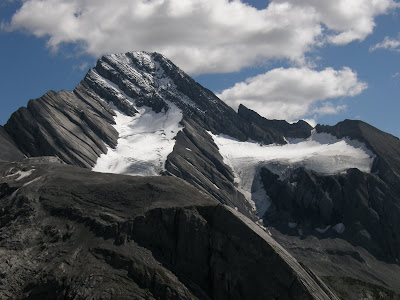 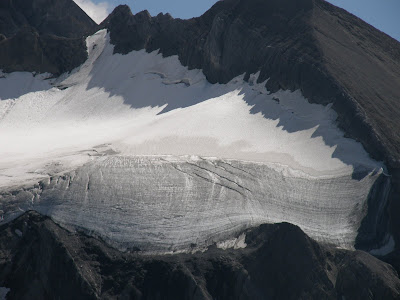 You also get great views of the southern extension of the Spray Valley through the Palliser Pass. 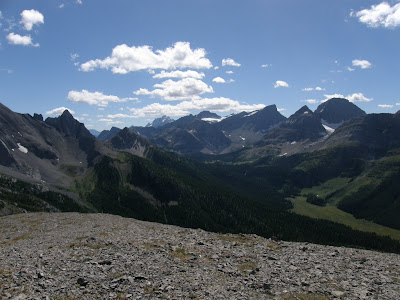 As mentioned, there wasn't much wildlife up there. But we did run across a youg porcupine, who was shy but cute. 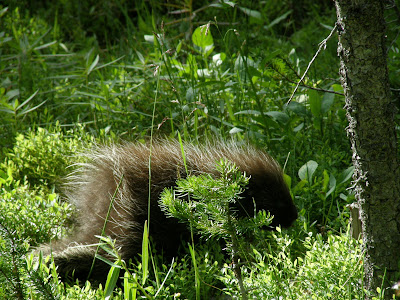