Missed it by One Day

This hiking season has been pretty miserable, with countless days washed out with rain. Saturday was a beautiful fall exception -- but Karen had to work the morning open house at the station, so by the time she got home, it was 3 PM before we could get out. Being worried about the conditions courtesy of the snow last week, I was able to drive down Hwy 742 a way to check out the snow level, which was at the 2600 m mark on Mt. Sparrowhawk. 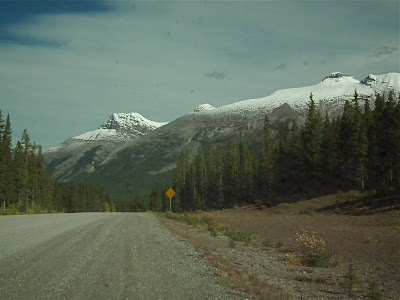 The Spray Valley looked in beautiful condition, but alas, I could not linger. 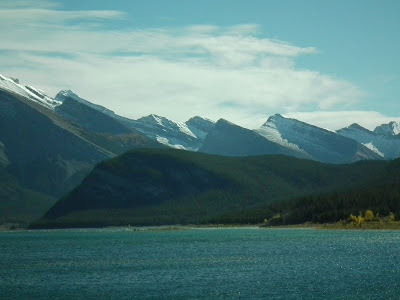 Given the time, about the only thing we could do was walk around the hamlet trails. It was might pretty, and at 22°, nice and warm, though windy as all get out. 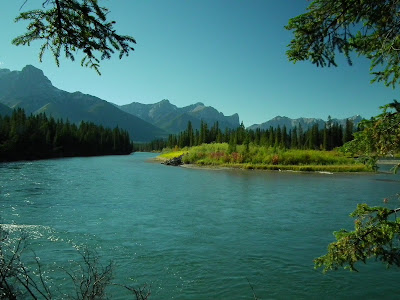 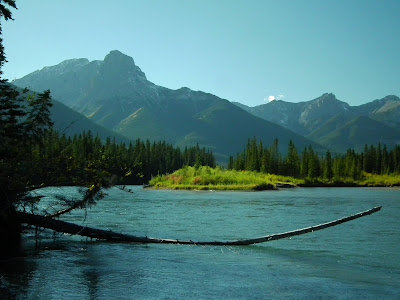 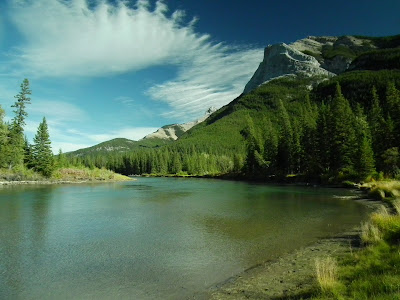 We saw no critters but we saw lots of elk, deer and beaver tracks.

The forecast for today started off being just as good for Sunday as Saturday. However, it changed all the way though the day on Saturday, and when we woke this morning, it was overcast and the new forecast was a 30% chance of showers. The radar showed a large patch of rain covering most of the Kananaskis, and sure enough, by 9:30 it was raining. But the forecast, the radar and the satellite image all suggested it would clear this afternoon, and do so starting in the northwest. So we decided to head to Boom Lake on Hwy 93 near the Vermillion Pass.

For starters, the hike is a 5 km walk on a fire road equivalent through a disenchanted forest with no views. It ends at the lake, and there nowhere to go, since the trail just stops. So even if the weather had been good, this is not a hike I would recommend to people.

But the weather wasn't good. We were poured on for over 90 minutes. The trail was a slippery, muddy, puddle-filled mess. And at the lake you couldn't see much. 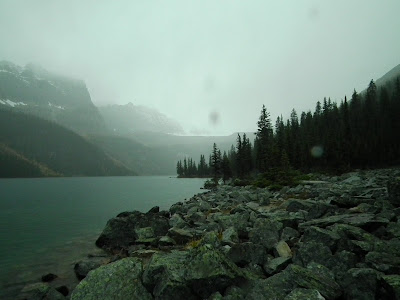 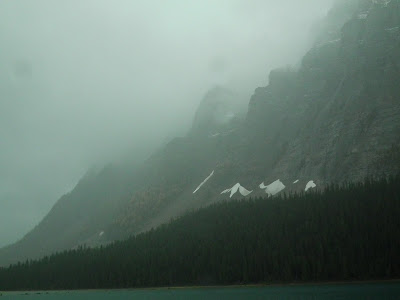 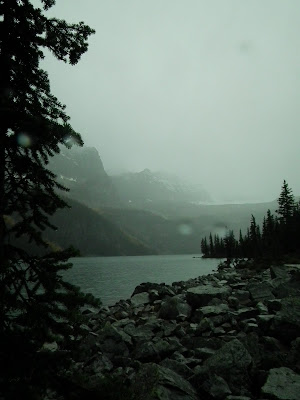 About the only redeeming quality of this trail is that you cross about 20 little creeklets, each of which is a verdant path of green. 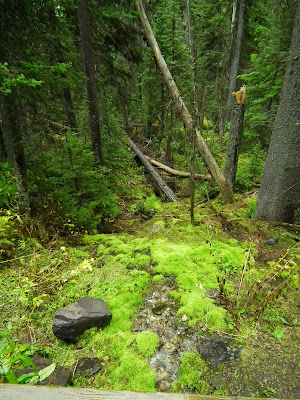 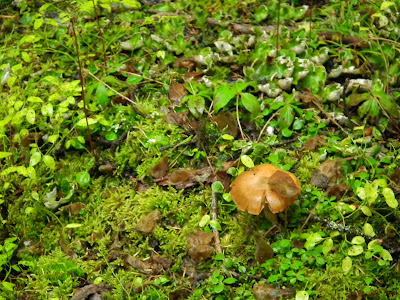 The GemTrek maps I have show this to be the only trail in the valley. Imagine my surprise to find Parks Canada signage saying you can get to Taylor Lake from here. Here's the trail intersection. 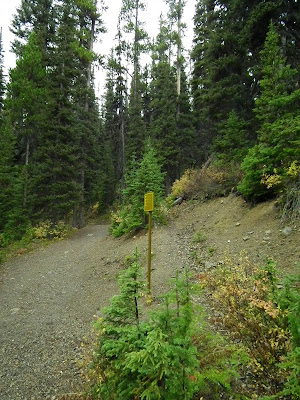 Imagine my further surprise at this sign, just 20 m up the Taylor Lake trail: 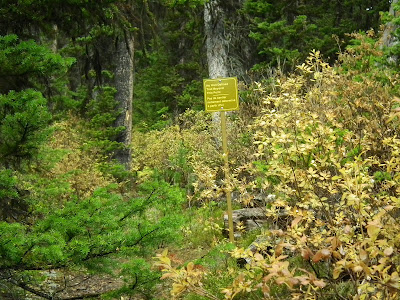 Yes, the sign says "No well defined trail past this point."

So they say there's a trail, then post a sign saying there isn't?
Posted by Derek & Karen at 17:29