To the Exshaw Shales Outcrop

Back in June we tried to get to Jura Creek to see the Exshaw Shales type section outcrop. We were blocked by water in the canyon and a bypass trail we weren't sure was the right one (but today we found out was just fine).

It has been cold recently, and it snowed this week down to the base of the Bow Valley. The forecast for today, in fact, called for cold (5°), overcast and rain mixed with snow. Well, as so often is the case, they were wrong. It was blue sky and sunny this morning, and by the time we woke up (at noon...), then forecast had changed to a high of 9° with the bad weather rolling in tonight. So knowing that the creek level would be low, we decided to try getting up Jura Creek again, and we succeeded without issue.

As I mentioned in June, this hike is like Grotto Canyon, but the canyon is a heck of a lot narrower, and the "trail" consists of rock hopping and some pretty creative climbing moves. Having seen Cirque du Soleil this week, there were times we felt like the tightrope walkers inching up logs over waterfalls.

Some examples: To get up this, you literally climb right to left up the waterfall. 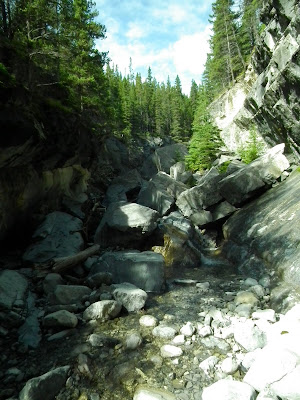 This section is a rock hop in the creek itself. 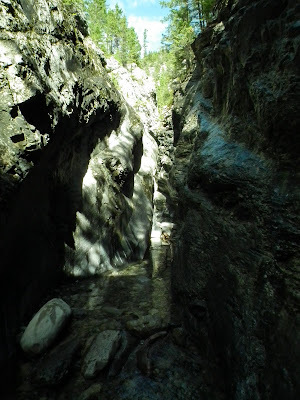 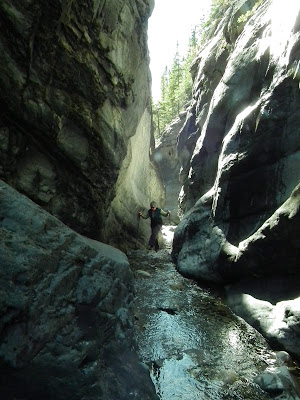 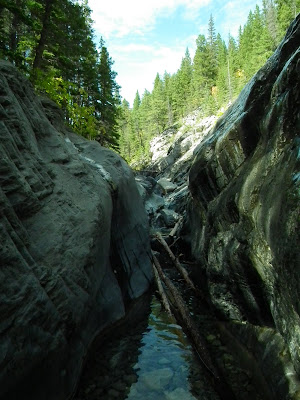 The fun part about this hike is the geology. If you don't like rocks, this hike ceases to be very interesting after the canyon section is finished.

But if you like rocks, this is one really cool valley. There are bedding plane exposed limestones... ...including some with hydrothermal dolomite intriusions. 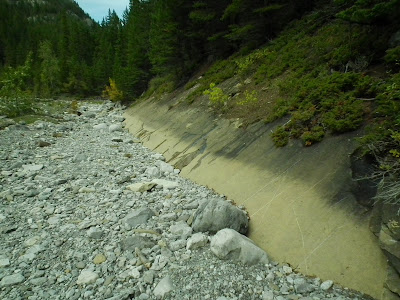 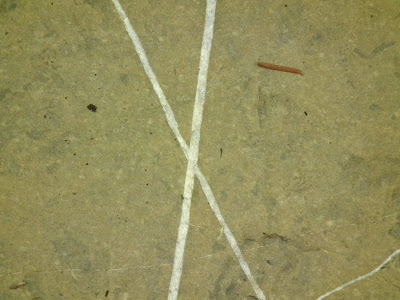 And then there are the shales. The Exshaw (of which this is the type section) has several exposures, but the most famous is the "false fault". It looks like a fault but it isn't. It's just a really recessive (easily eroded) formation sitting on competent (not easily eroded) Palliser limestone. 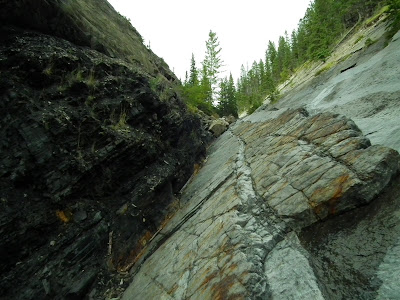 The Exshaw has both brown and black shales. The blacks are very friable and very noticeable at the "fault". You can literally bust the rock up with your fingers into tiny thin shards. 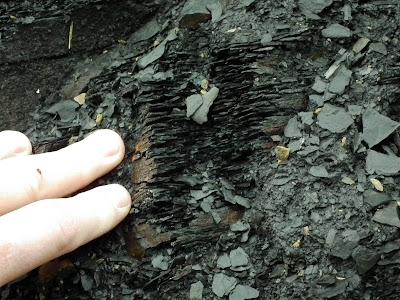 The brown shales are much more competent but still easily broken, as evidenced by the piles of rubble everywhere. 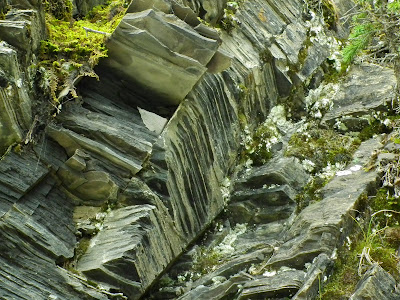 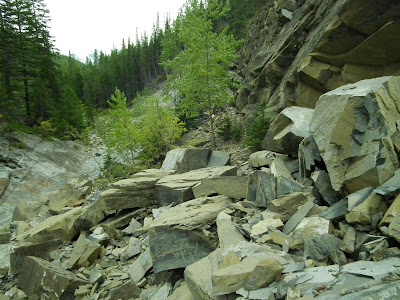 At the false fault, we ran into some very friendly golden mantled ground squirrels, happy to pose for me. 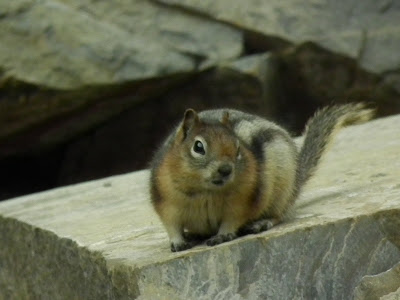 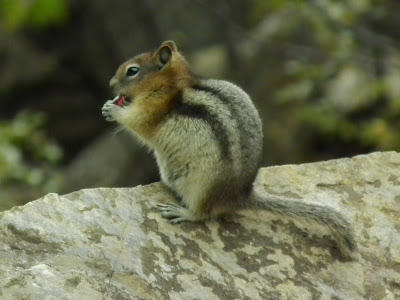 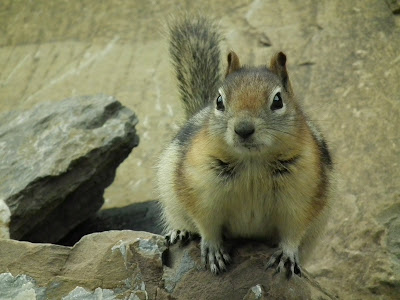 When we started the hike today, there were more than a dozen cars at the parking lot, which I thought surprising. Turns out it was there was a memorial hike for a lady who had passed away. And on the trail we ran into two people I knew. The lady who passed away was in fact a geologist and former professor at U of C who was engaged to a friend of mine from ConocoPhillips, and we ran into him and a former colleague of mine from both ConocoPhillips and BG Canada. Given the forecast for the day, it seems someone wanted Paul to have a good day for the memorial. My thoughts are with him.
Posted by Derek & Karen at 18:47