Jura Creek: The Trail that Wasn't

There's still a lot of snow up high (in the storms last week, the snow level was around 2,000 m, just 750 m above the West Wing), so for our first hike of the season we decided to stay low and try Jura Creek. This hike is geologically interesting to me, as it features the type section outcrop of the Exshaw formation shales, which is a shale gas play we're working in BC.

In a lot of ways, this hike is like Grotto Canyon. It starts like Grotto with the arrival at the gravel outwash plain. 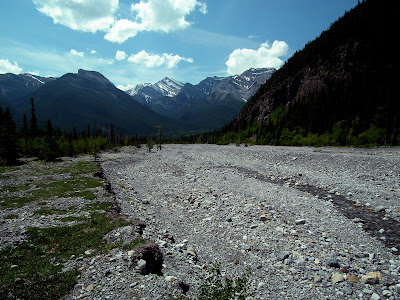 And like Grotto, you can wade your way up the canyon in the freezing cold stream if you want; we ran across several people who had done just that. But wading an ice cold creek isn't my idea of a good time, so based on the guidebook, we decided to take the trail around the canyon section.

But there isn't just one trail. There are several, which isn't mentioned in the guidebook. We headed uphill on what appeared to be a main trail... 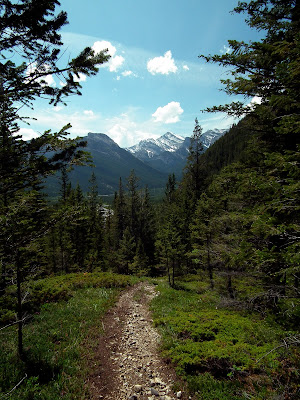 ...though there were several branches to the right, which led to the creek and the canyon. There were mountain bike tracks on the trail we chose, as well as a very large pile of bear poop. 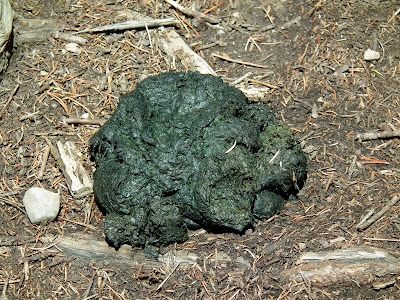 The trail we chose climbed fairly steeply 175 m uphill far above the creekbed, but the guidebook said we were supposed to only have a short bypass of the canyon. It was still climbing up the backside of Exshaw Mountain when we decided it probably wasn't the trail we wanted. We pulled a U-turn, headed down about 150 m of what we had climbed, then picked the fork of the trail, that stayed precipitously close to the canyon's edge. 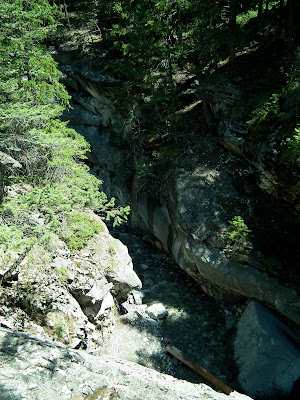 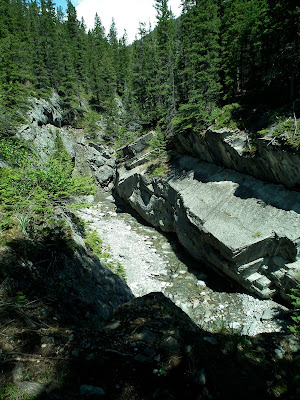 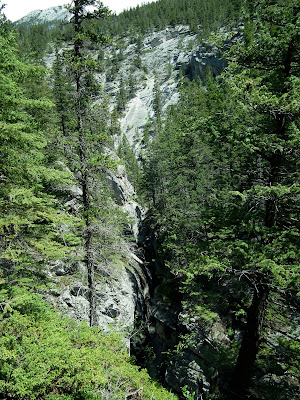 This trail bypassed at least a part of the canyon. But it dumped us back down on the creek at the start of another canyon. And we could see no way to continue upstream without wading. So after 45 min of searching, we gave up. and ate our lunch next to the creek. 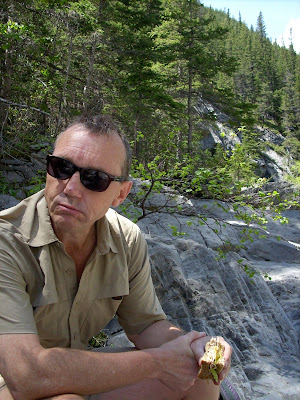 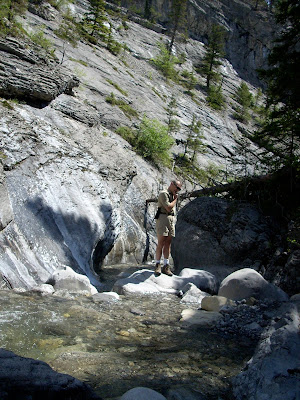 We never got to the type section outcrop that I was interested in. But the day wasn't a total loss. We saw some pretty Yellow Ladyslipper orchids... 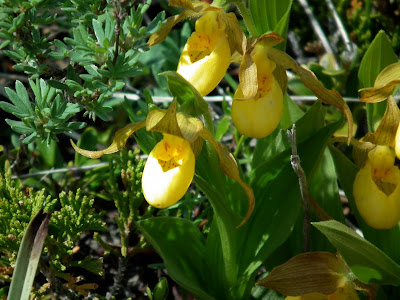 ...and were entertained by some Rufous Hummingbirds on the trail. 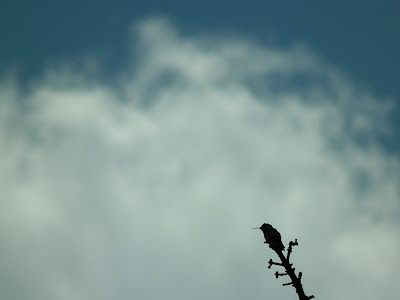 We did eventually get up there. See the post here.