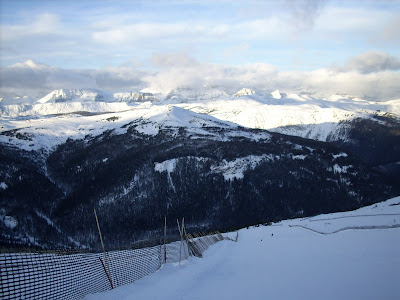 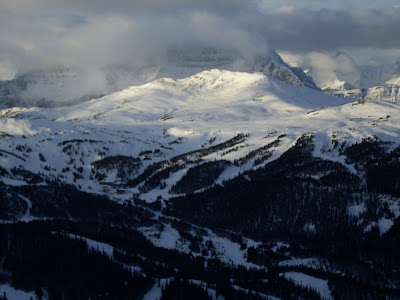 ...but it didn't last too long. By 11 it was pretty solidly overcast. The lack of snow over the last week was noticeable. The best word to describe the snow is "hardpack", as everything has become pretty firm (though there are very few icy bits). I did some exploring to try and find softness, and had very little success. The glades of Ewe First and Mother In Law on Goat's Eye were full of firm but carveable bumps... 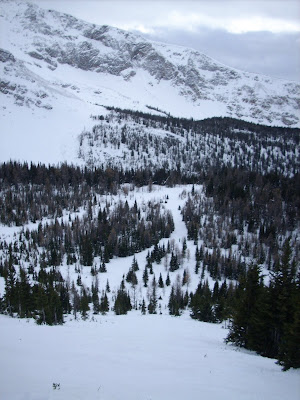 ...as were the TP Main Chutes and OS Pitch. Bye Bye Bowl was pretty heavily wind crusted; the snow was OK but challenging. In the afternoon, it socked in pretty well, with clouds at the top of Divide, and very flat light. 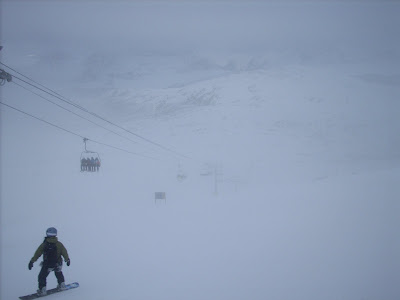 It was Avalanche Awareness Day. To start off with a bang, they did just that, bombing the North Cornice just to the right of the entrance to Delirium Dive. The cornice didn't go, but the avalanche was good anyway. Here's a series of shots; note the smoke on the ridge, which is the bomb going off, and the resulting waterfalls of snow. 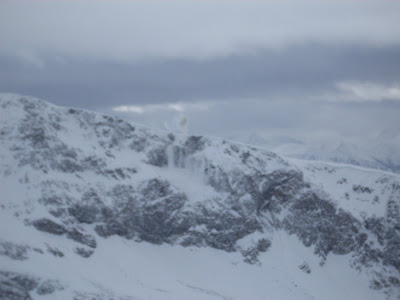 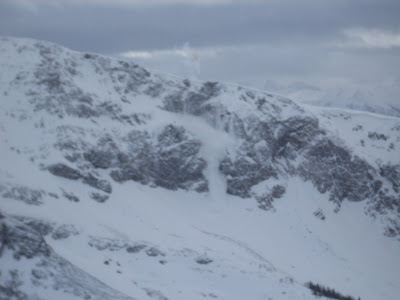 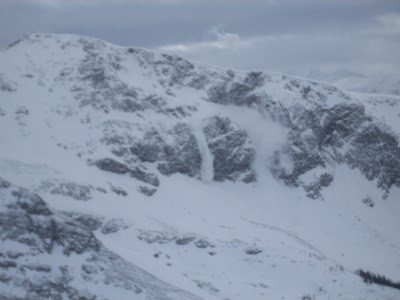 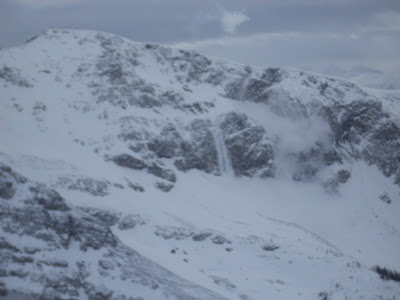 There were snow plots with carved out sections showing the strong & weak layers, beacon demos, and a very interesting demo of the "new and improved" team shoveling technique to dig someone out. And there were puppies. 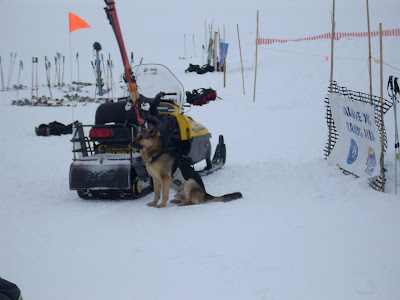 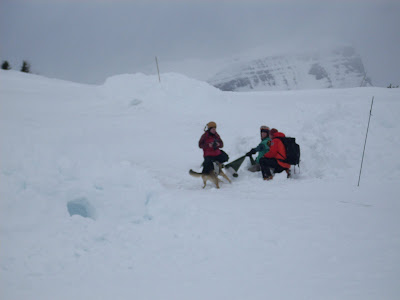 The dog in the photos is not only an avi rescue dog, he also is trained to sniff out 6 kinds of drugs and has a part time job with the RCMP. And he's a sweetie.

I was by myself today; KC was off on some kind of management retreat thingee. So the vert was high. So high, in fact, that it's the 4th highest vert day I have had since keeping records. I still don't know how I managed 15,430 m on April 1, 2001. That's a record I suspect will never be broken.
Posted by Derek & Karen at 18:04