I told everyone before we left that Nice wasn't that nice. There's nothing wrong with the place, but there's also nothing really special about it either. The reason to visit Nice is because it's a central location to visit the rest of the Cote d'Azur, in that it's about 30 min by train west of Cannes, and 30 min by train east of Monaco. Now, don't tell that to the folks from Nice. They'll tell you about the Promendae d'Anglais and Vieux Nice. We'll get to both in a moment. Because I have to start with a train story.

Lyon has two main train stations, Perrache & Part-Dieu. Both are on the TGV line from Paris. But Perrache is a terminus, and Part-Dieu is a through line beyond Paris and Lyon to the south of France. Our trains had us coming into Perrache and leaving from Part-Dieu, and we were staying steps from Perrache. So we had to get up mind-numbingly early to cross town on our way out to catch a 40 min ride on a tram to get from Perrache to Part-Dieu, which is why I mentioned in the Paris post that I like to stay near where you leave a city, not where you arrive. Because the 40 min tram ride takes 20 minutes at 7:45 AM on a Saturday morning.

We got onboard the TGV to find two old people sitting in our pre-assigned, reserved seats, necessitating a rather convoluted conversation in French and English with the obstinate old folks and the Train Manager. We were already 30 min outside Lyon when the Train Manager finally concluded that he had to put us somewhere else in the train because "the SNCF reservation system was down last week". Our assigned seats were in Car 14. He put us in First Class in Car 1. TGV trains are long, so it was one heck of a walk. At first, we couldn't sit together, but KC did some creative negotiations in French, and soon, Chesley was napping next to me. Then we were together, and finally at Toulon, we moved back to our assigned seats for lunch as the Train Manager told us the old obnoxious folks had left. And while this all of this may mean nothing to you, dear reader, let me tell you what it means to me.

Lyon is in the middle of wine country. To the north is the Beajolais; to the south the Cotes du Rhone. Just south of town by about 20 min, the train passes through the middle of the Crozes Hermitage, below the Hermitage hill. If you are a wine drinker, this is the equivalent of a Catholic missing the walk through of the Sistine Chapel and St. Peters. Which I did.

On top of this, one of my favourite movies is "French Kiss." There is a scene in the movie where Meg Ryan is sitting in the restaurant car of the train enjoying -- no, reveling in -- French cheese. Oh, she who is lactose intolerant. This sets up the whole "get of the train and discover where Luc lives" scene in the movie. Looking though the windows, the train scene was filmed just south of Lyon. And I missed it all.

That does not mean I missed all of the vinyards from the train. 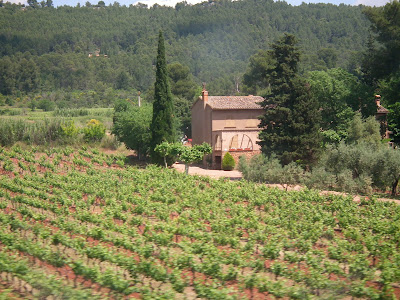 I just missed the good ones.

As I mentioned, Nice isn't great, but that means that on a scale of 1 to 10 it's only a 7. The main square is huge and kinda fun. 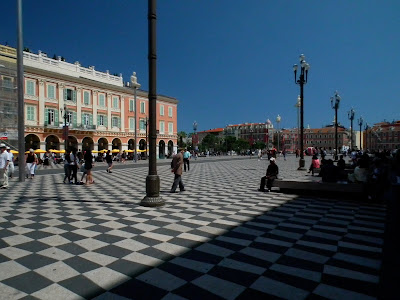 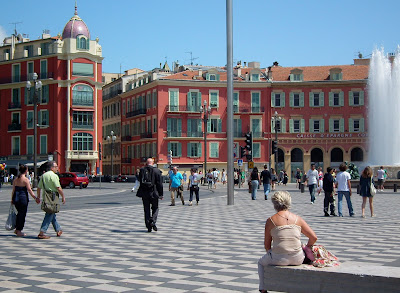 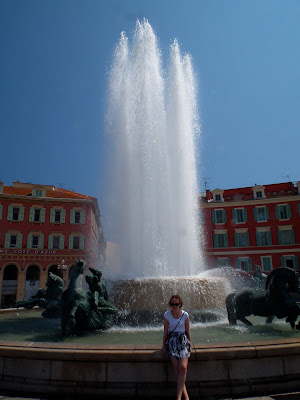 There were tall towers with plastic people on them that turned out to be art that lit up at night -- lit up and changed colours, that is. 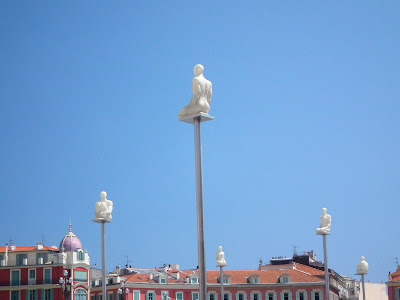 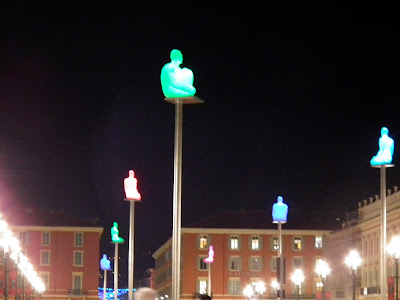 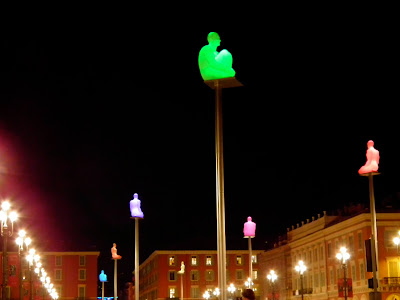 Our first stop, though, was the peaceful, quiet Mediterranean beach. 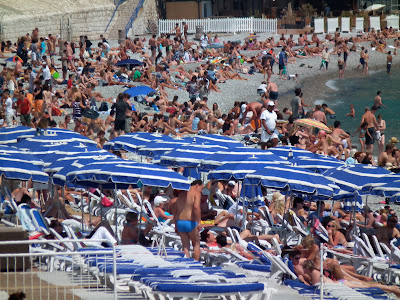 Yet again, I amazed at what constitutes a "beach" to Europeans. The beaches in Nice are all rock. Now, this did not stop Chesley & KC from wading in the Med (earlier in her vacation, Chesley had dipped her feet in the Atlantic and North Sea). 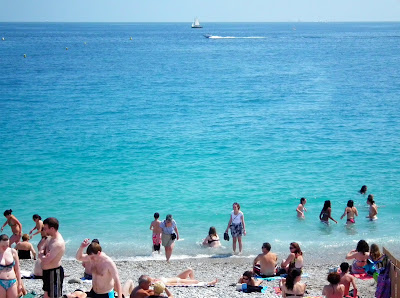 Chesley & KC and all the swimmers were not alone. The water was full of (what we later found to be harmless) velella blue sail jelleyfish that were pretty but scared the dickens out of the ladies. 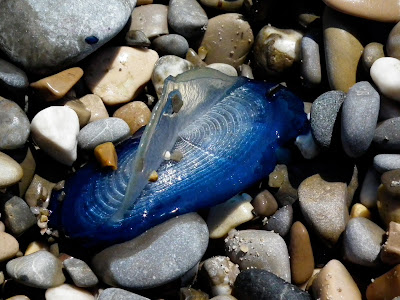 We wandered through Vieux Lyon, which is pretty and historical. 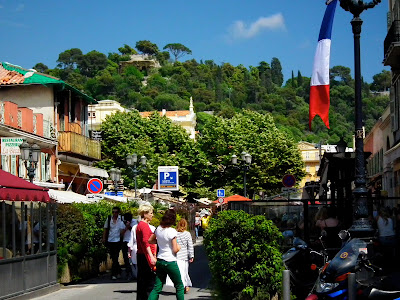 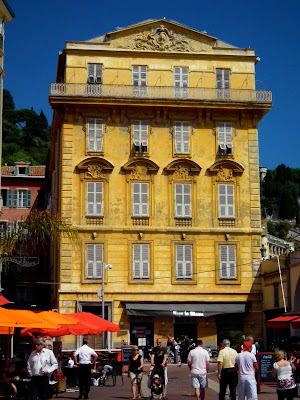 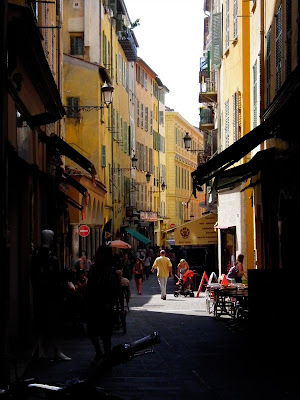 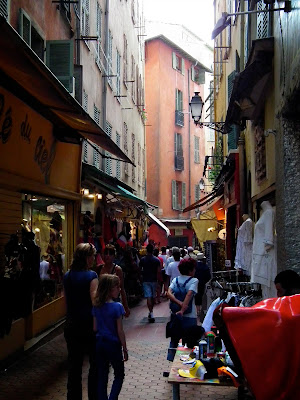 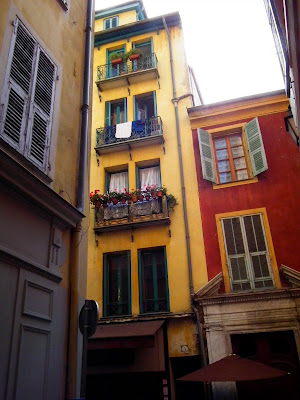 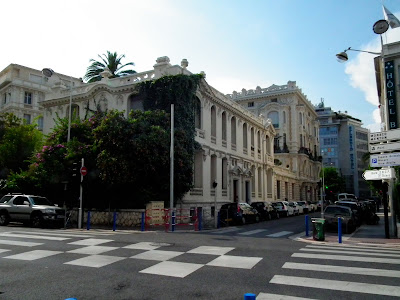 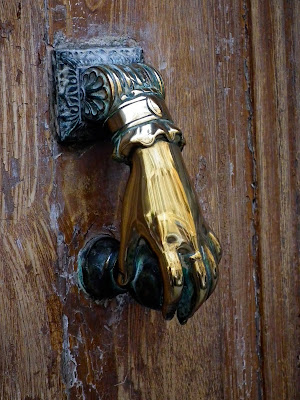 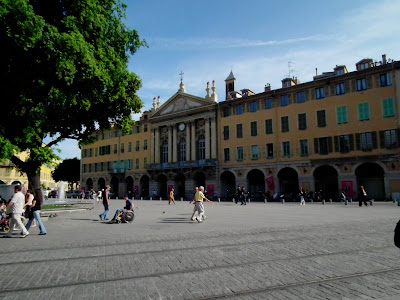 Lyon also has its share of markets and churches. 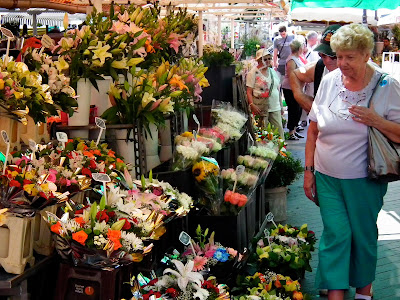 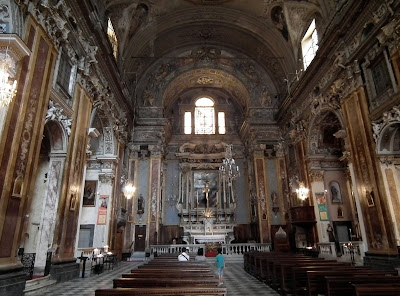 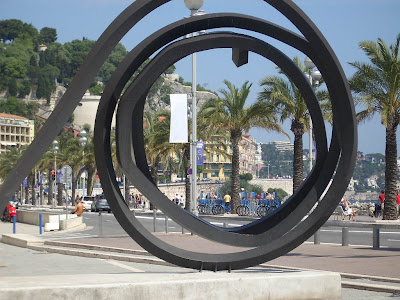 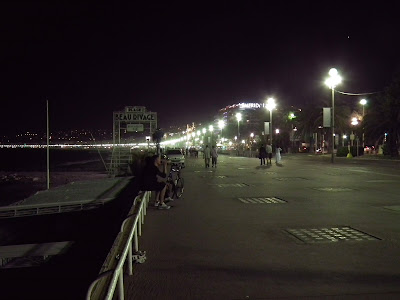 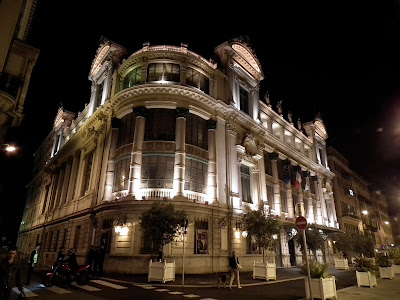 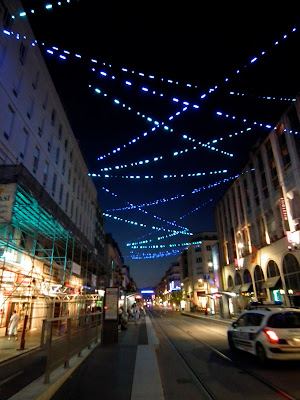 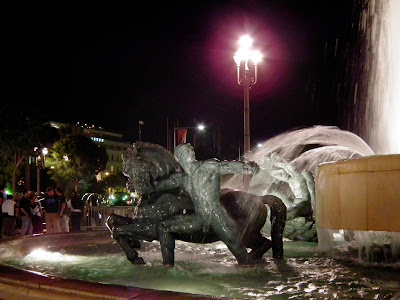 This post is getting long, so I will save Cannes and Monaco for the next post. But I will tell you about the African Summit.

Turns out Nice was hosting a Pan-African summit while we were there. In town were such luminaries as French President Nicholas Sarkosy, Egyptian Prime Minister Hosni Mubarek, Mr. Gadaffi's vice president and about 10,000 police and military guys. There were fences all over the place, and they actually had the bus station inside the "red" no-go zone. All the police and military were in full riot gear with face shields, tear gas launchers, plexiglas shields, batons and a lot of football padding.

Getting around was a pain. One night, we tied to go out for dinner, but the place we wanted to go to was blocked because Sarkosy was having dinner down the street. We tried to take the tram, but the tram line was blocked by riot police controlling the route of a demonstration march. And this (near as I could tell) peaceful protest that went by the train station and was visible from our hotel... 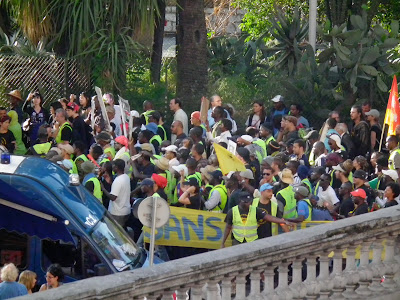 ...attracted about 1,000 police all with their arms interlocked and riot gear out.

We didn't see this when the G8 was in Kananaskis.