Now I'm 4 posts behind, so they're going to start getting briefer.

Montreal's race is a great event on a number of levels. First there's racing (see the other posts). Then there's the race babes... 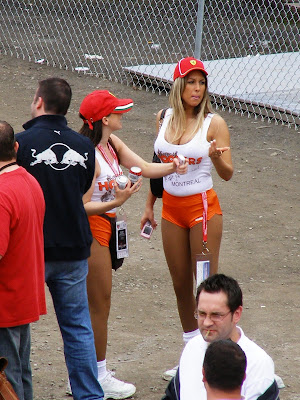 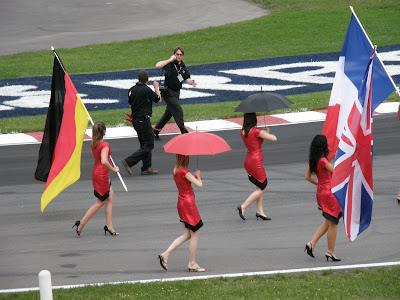 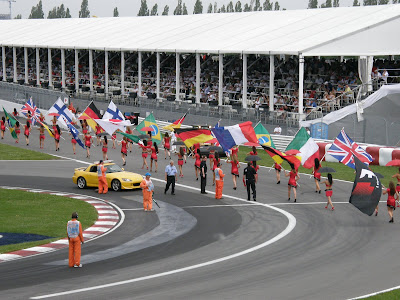 Then there's other stuff at the track, like the Snowbirds... 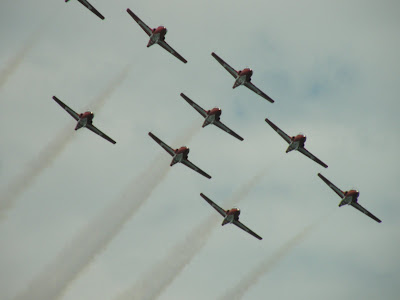 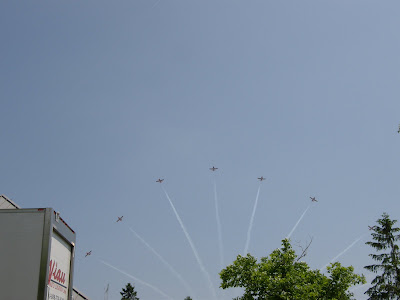 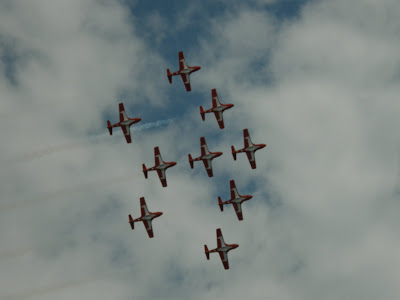 Then there's the other race activities. This year, we were in the "shopping centre" area of the track buying some souvenirs (there was no Toyota booth!), which surrounds the Budwiser Stage, and who showed up other than Alain Prost, He competed in 13 years of F1, and won the championship 4 times, placed 2nd another 4, and ran his own team for a while after retiring. 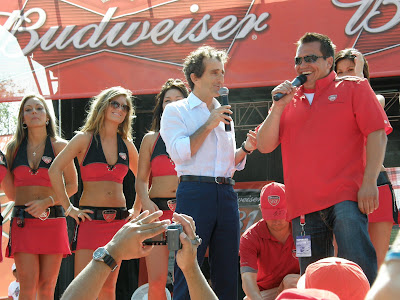 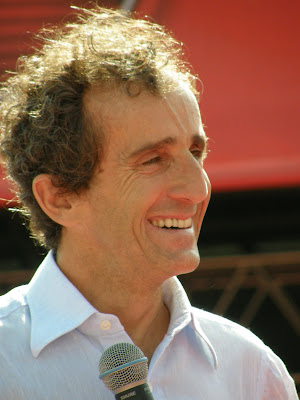 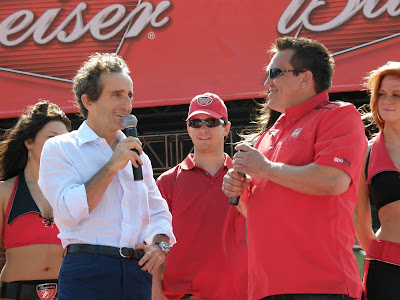 Then there's the rest of Ile St. Helene & Ile Notre-Dame, where the race is held, which is a park, and a darned beautiful one at that. 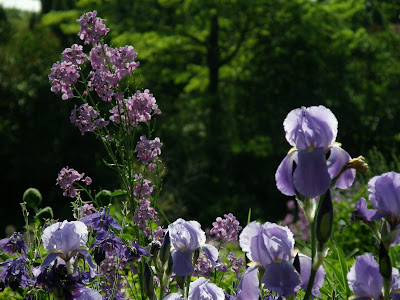 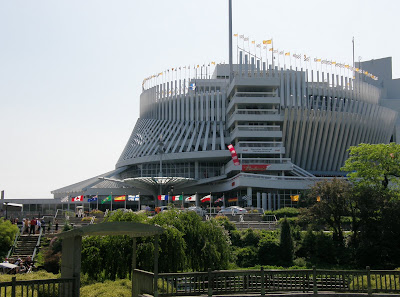 Then there's Montreal itself. We stay in an area known as The Plateau, somewhere near the Sherbrooke or Mt. Royal Metro station. The neighborhood is fantastic; tree lined streets, little cafes everywhere, nice little shops. There's lots of BYO restaurants there; they sell no wine, and you have to bring it. Fortunatly, you can buy wine (crappy, generraly) in any corner store. The SAQ are around, too, but we hardly ever go there.

This is where we stayed this year; here's Mike and John just arriving home (it's an apartment in the building with the For Sale sign). The others are other views of the streets in the neighborhood. 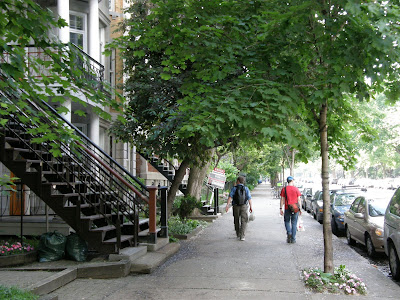 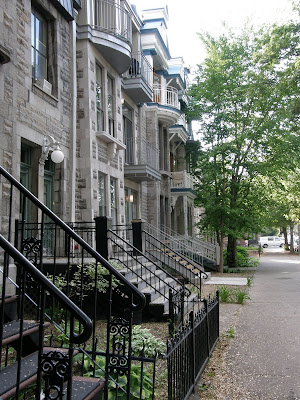 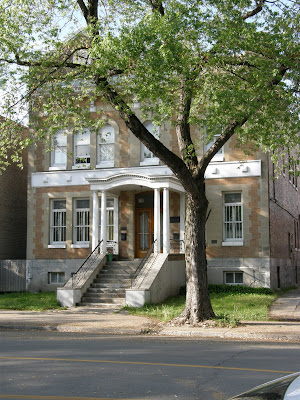 Montreal is a wild an crazy party town. The food is generally fantastic, and the city really has neighborhoods. Old Montreal is beautiful and historic. Downtown goes berserk for the race weekend; Crescent Street was so clogged with folks you could barely move. We have evolved into a routine where we mostly eat in the neighborhood except for one night in Old Montreal. We only get to Crescent one night, usually after dinner, constrained by the fact that the Metro shuts down about 11. This year we had a fantastic Afghan meal at Khyber Pass right near our place, a great Portuguese BBQ one at Jano on St. Laurent, OK Greek on Prince Arthur near the Square St. Louis, and a dinner at our favourite place in Old Montreal (I can tell you it's at the corner of St Gabriel & St. Paul, but despite being there 3 times, I have no idea what it is called...)
Posted by Derek & Karen at 18:11