Race day is what the whole weekend builds up to. Three support races were held in the morning, but all were over by the time we got to our seats (the first race starts before we leave our apartment to go for breakfast). The big drama was the way the track was disintegrating, as usual. The FIA Technical Director ordered it fixed, and an hour before the race, they laid down an epoxy resin glue to hold it together. 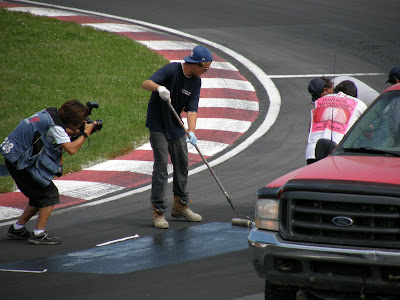 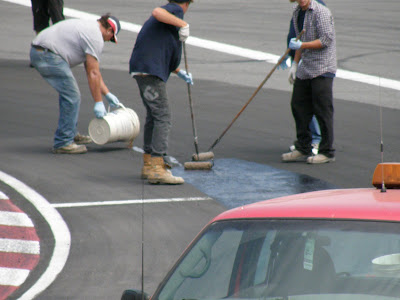 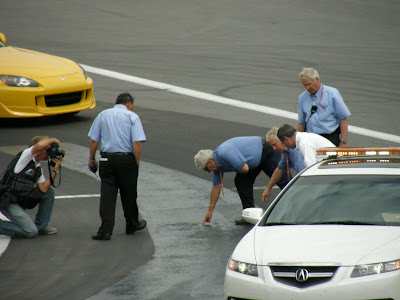 There's always a driver parade, with the drives sitting in the back of vintage Austin Healys. 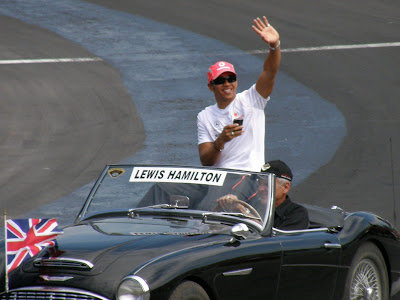 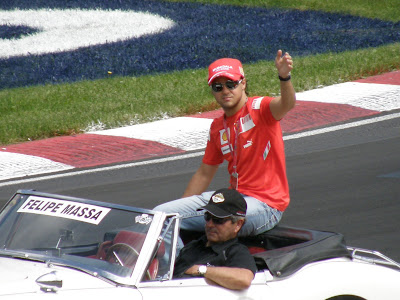 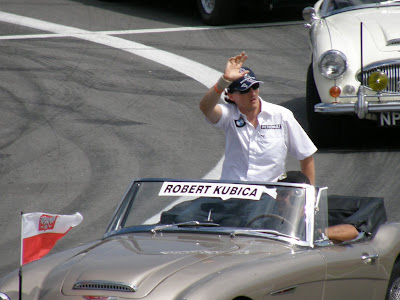 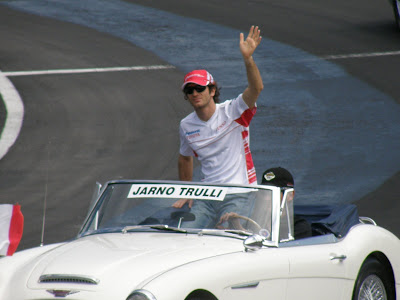 And then, the race. Lewis Hamilton was on pole, and was tearing away from the rest of the pack. Kimi Raikonnen was running second, Robert Kubica 3rd. Hamilton had built up a 10 second lead by Lap 23 when Adrian Sutil spun and crashed just past my corner. This brought out the safety car, and the rules are the pit lane closes when that happens. This also happened to be the 1/3rd point in the race, so for guys on a 3 pit stop race strategy, they wanted gas. The moment the pit lane re-opened, the leading 7 drivers headed into the pits. I knew the race to get out of the pits would be entertaining, so focused my camera on the exit.

It was a mess. Kimi Raikonnen and Robert Kubica had the best pit stops. They came down the pit lane side by side -- only to find that while the pit entrance was open, the exit wasn't. They stopped for the red light. Lewis Hamilton apparantly didn't see the red light, and drove straight into the back of Raikonnen. Nelson Piquet Jr. had the same problem and hit Hamilton. Here's the mess from my view. In the first shot, blurry though it is, you can see Kubica in the white car coming out, having avoided the mess, followed by Alonso, but Hamilton, Raikonnen & Piquet are not looking good. The 2nd picture is the aftermath shot. Piquet wasn't damaged too badly, so did get out, leaving the McLaren and the Ferarri behind. 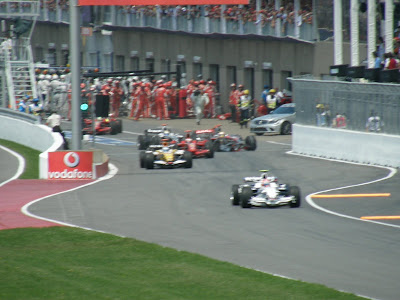 Kubica went on to win, Jarno led a lap or two. The thing that bugged me most was that late in the race, Jarno had Phillipe Massa hot on his tail. In F1, it's one thing to catch someone, another to pass them. With 5 laps left, Jarno's teammate Glock was 4th, Jarno 5th and Massa 6th. Here's a shot of how close Jarno & Glock were. 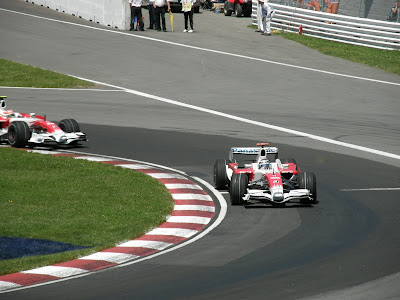 Then right in front of me, Glock screwed up, blocked Jarno, and Massa was able to squeak by. Here's Glock way off line about to cut Jarno off. 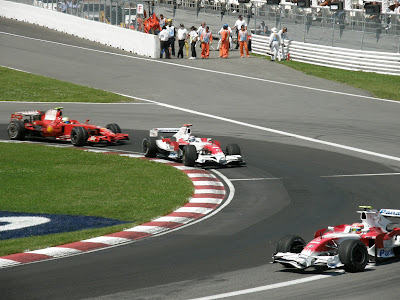 As usual, after the race, we scramble through the fence, and hot foot to the start/finish line to see the drivers. 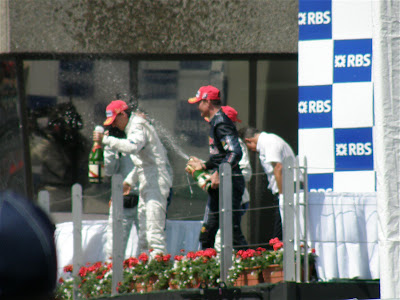 In between, we saw Mr. Raikonnen's car being hauled away. 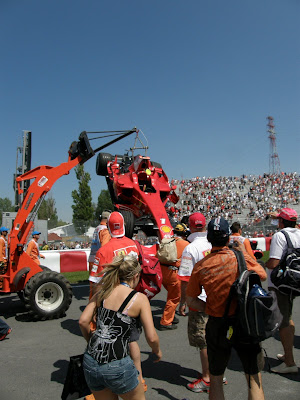 Then it's to the fence to see the cars getting checked out by the FIA, and to see how badly their tires are really wrecked. 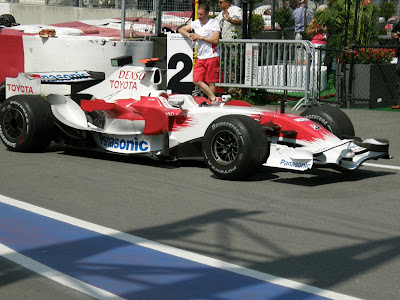 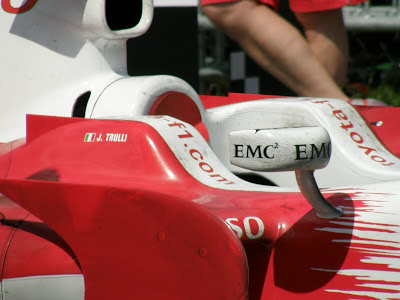 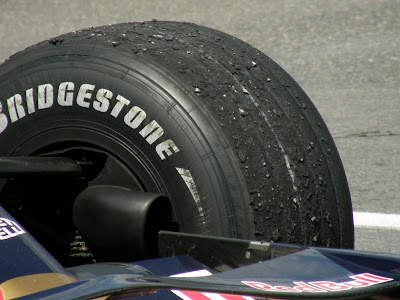 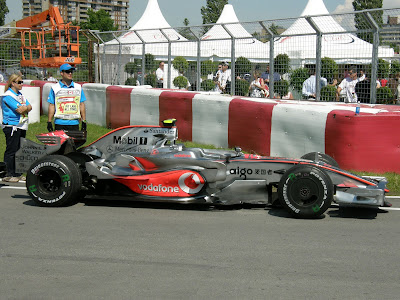 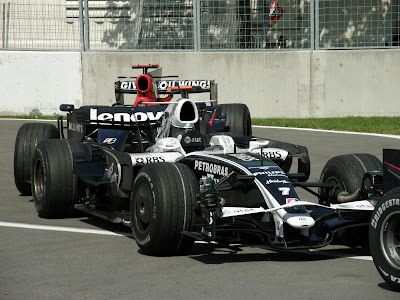 Mike and I agreed: best seats, best apartment, and best race so far.
Posted by Derek & Karen at 18:47