It's been monsoon season for the last few weeks, and that means not much hiking. We wanted to get out into the mountains, though, and we know Square Butte rarely has snow, is easily accessible, and usually isn't muddy.

Today we had the place to ourselves. Well, us and the ladybugs. 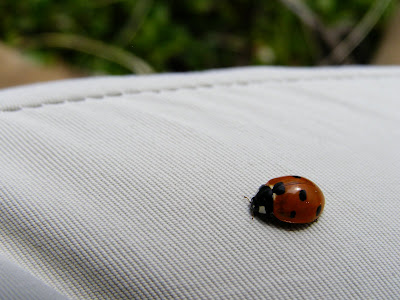 It wasn't a great day to be outside; that was yesterday. Today dawned fine, but by the early afternoon, it had turned grey and threatening. Temps dropped from 17° to 13° and the wind picked up. 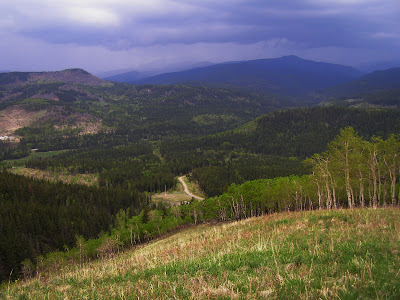 Still, we were down to the car by the time the rain started. We were too late to see the crocuses (croqui?) in bloom, but got some others. 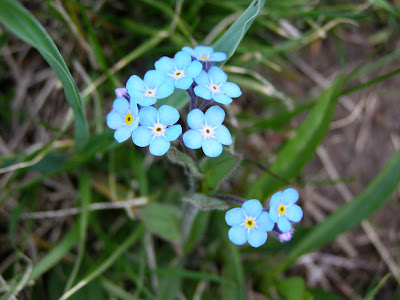 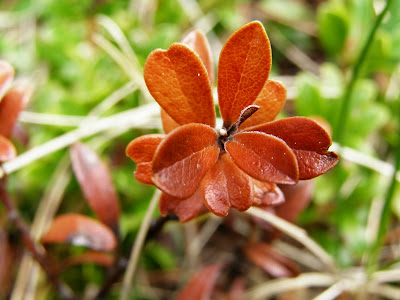 Being intrepid bush-bashers (and having a GPS) we decided not to follow the trail down, but rather find our own way back to the car.

"Two roads diverged in the woods, and I?
I took the one less travelled by.
And that has made all the difference."

We found trees chewed by porcupines.. 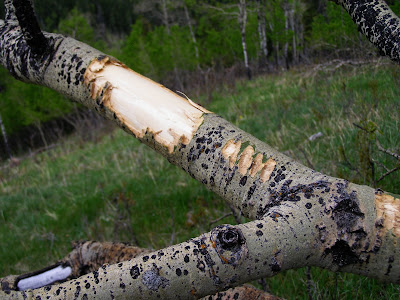 ...and a set of trees filled with bolts of cloth. I think these were put there as a prayer site by First Nations folks. 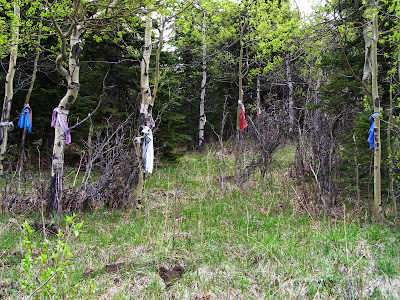 We took the "scenic" route home, and found some cool stuff. We found what looked like a very old homestead in the middle of nowhere... 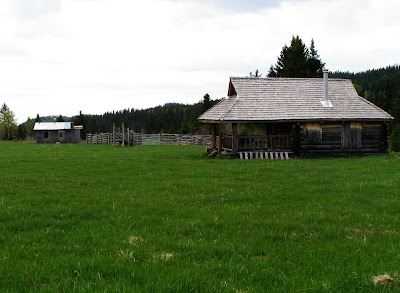 ...and we found the strangest development. At first we thought we stumbled upon an old-west movie set. 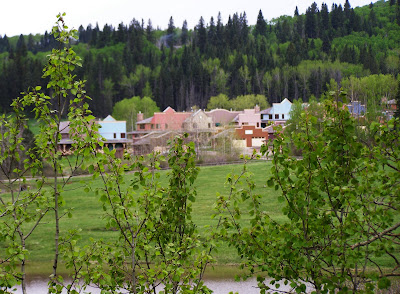 Turns out it's a ranch being subdivided into housing lots. They developed a "main street", too. These 1900's style places are just townhouse style condos disguised as a movie set (there on "Cowboy Way"), designed by the guy who did sets for "Unforgiven" and "Legends of the Fall" 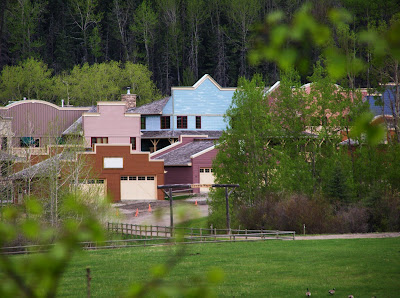