The trail reports said the Stanley Glacier trail was in good shape. It's about the only hike I've done in Kootenay, being basically right on the Divide at Vermillion Pass, but I hadn't been on it in years. It's not a place to be by yourself; there must have been at least 50 people hiking the trail on a beautiful sunny Saturday.

The trail starts with about 200 m of steady climb up out of the valley next to a gushing waterfall and with ever improving views across the Divide to Castle Mountain. 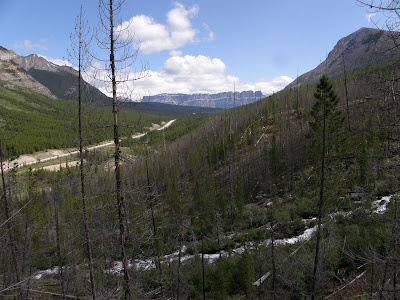 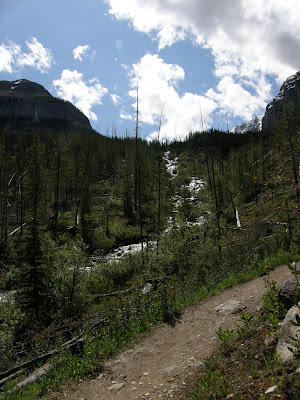 Then it hugs the stream across a flat. This area served as a fire break back in 2003, and the fire evidence is all around, the best part of which is the wildflowers that show up at this time of year. 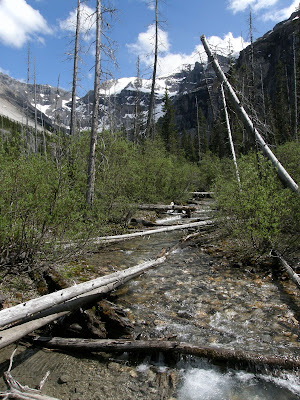 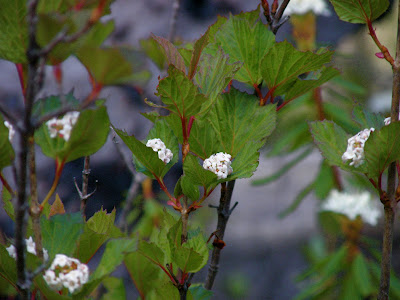 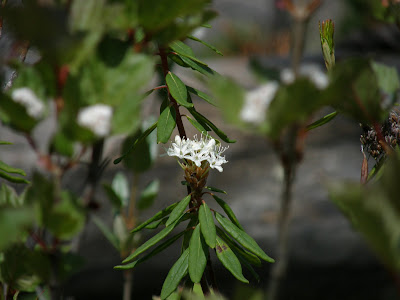 Eventually, the trail arrives in the basin below the glacier, with spectacular views of the icefield. The entire canyon is rimmed with waterfalls at this time of year, which is why June is the best time of year to hike here. 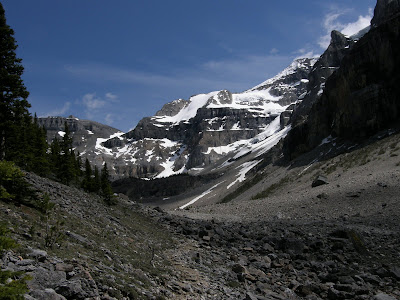 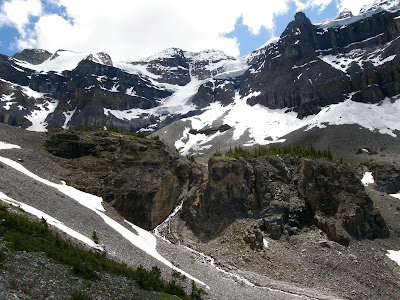 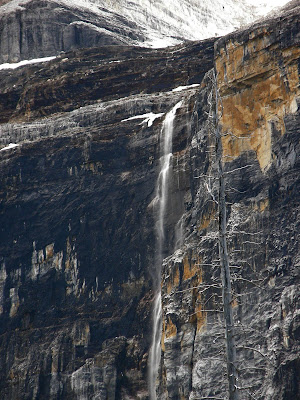 The official trail ends well short of the serious rock face in the middle photo above, though there is an obvious trail running up the left side of the talus slope to the top of the face. A 200 m, 45 minute climb that looks harder than it is leads to a beautiful basin at the top of the rocks. The basin boasts exceptional views of the glacier. Here, water from numerous falls even higher up bubble out of the ground into a series of shimmering pools, then congeals into the waterfall in the centre of the middle photo above. 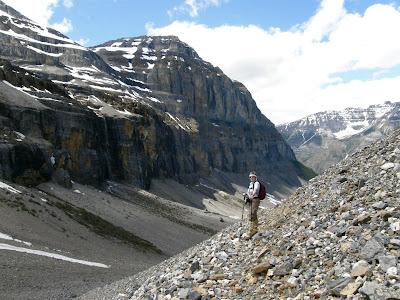 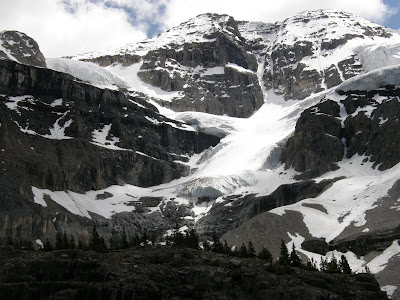 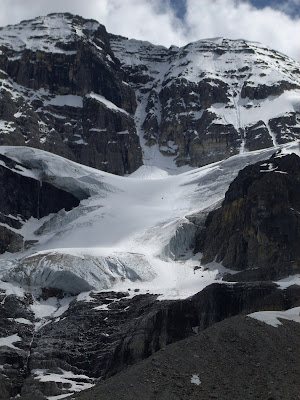 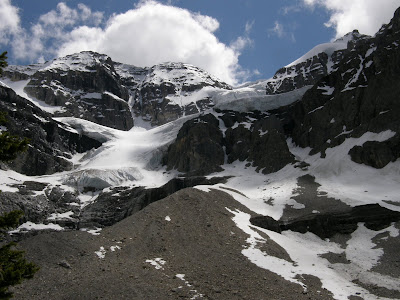 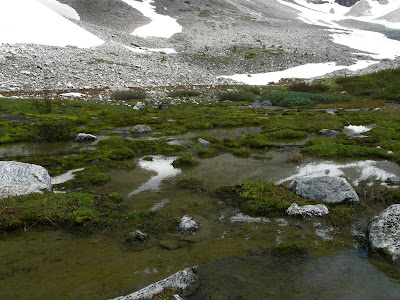 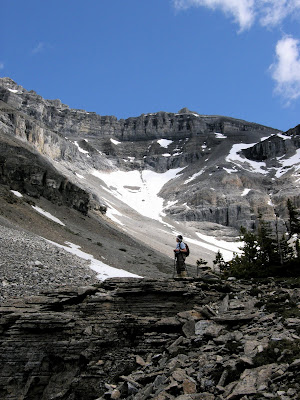 A careful examination of the photos above will show (a) two folks hiking way up high nearing the glacier's toe, and (b) a zig-zag trail leading up the glacier, and two glissands coming down. Obviously people crazier than I have been up there recently.

The views from the rock precipice back down the U-shaped valley are spectacular. 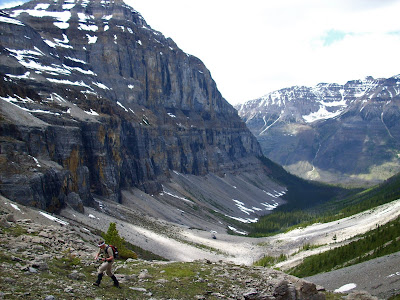 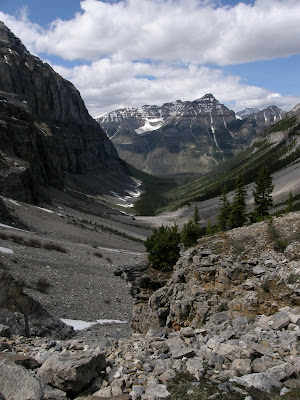 There wasn't much in the way of wildlife on the trail. We were hoping for pikas and marmots, but found none. The best we could do were a group of golden mantled ground squirrels, including two having a turf war, and least chipmunk, who for a change, didn't seem to care about us one whit. 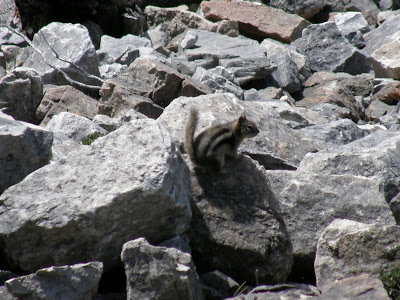 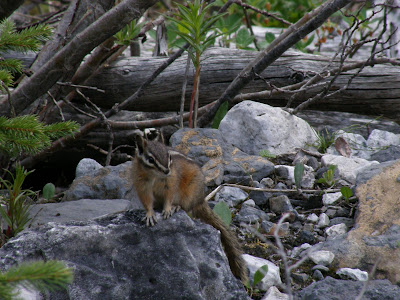 We ran across two very nice Parks ladies taking a survey of the trail usage. Nice place for an office.
Posted by Derek & Karen at 23:01