We were looking for a hike that was close to home, not snowbound, short and not too strenuous. Well, we got some of them right. Troll Falls is always a nice short jaunt, starting with a nice stroll through meadows past the Kananaskis River... 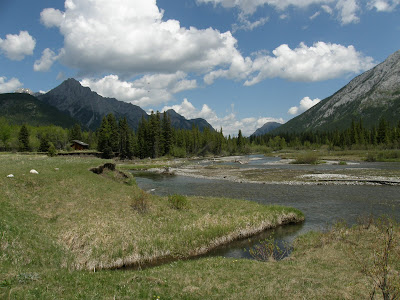 ...to get the the falls, that are always "cool and green and shady." 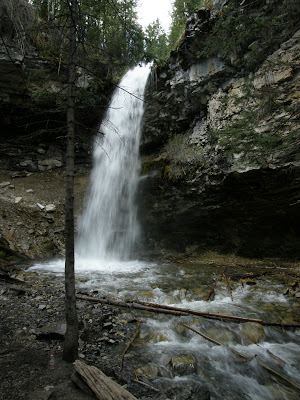 At the falls, we decided we had time to climb up to Hummingbird Plume Lookout. Okay, it's a 1:30 slog, 400 vertical meters up a fire road through a disenchanted forest. But the views at the top of the Kananaskis Valley are nice. 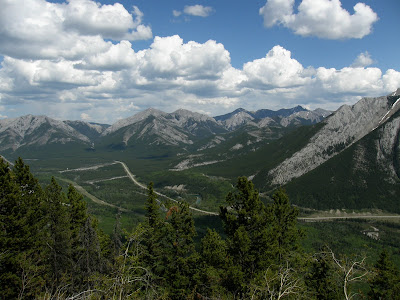 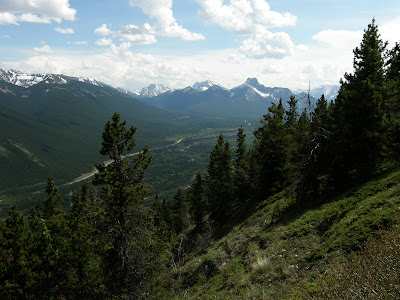 Plus, we found a very cheeky chipmunk (probably a Least Chipmunk, but because they're so similar, he could have been a Yellow Pine Chipmunk). 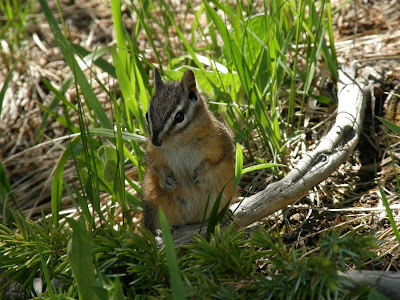 There's really nothing wrong with this hike, but there's nothing really right about it either. The trail's a road, and aside from a few cascading streams, basically boring. It's an up and down, not a loop, so you get to walk the boring part twice. And fundamentally, it's just a continuous up-hill slog.