For the second time in 2 years, we had a total lunar eclipse on a clear and cold night. Or at least it was clear until just before midpoint of totality, when it started to cloud over. Given that the midpoint was 1:17 AM, catching the first half seemed good enough for me. Despite being up at 2 AM the night before, I was still wide awake at 1 AM (an unpleasant artifact of the current process of selling my company, as is the time of this post), so getting pictures wasn't hard. However, the -19° temps didn't make it easy.

I was lazy and due to the cold didn't use a tripod, so these shots are all handheld using my 30X optical (720 mm equivalent) lens, which worked out fine except for the time in totality. Shooting a full moon is actually quite easy; about 1:320 at f5.6 with ISO 100 on my camera at full telephoto. It's when it gets close to totality that it gets tough, what with the contrast between the brilliantly lit white part and the nifty red dark part (you can expose for one or the other but not both). My camera also has an ultra low light feature which I'm sure would have worked just fine in totality had I been using a tripod. 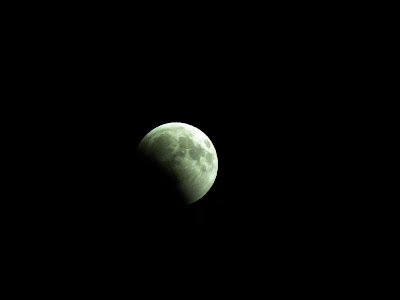 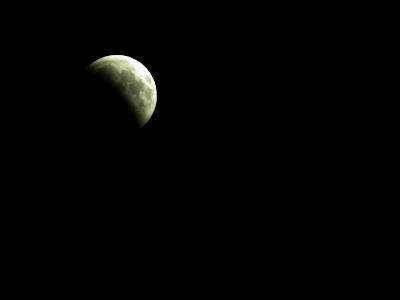 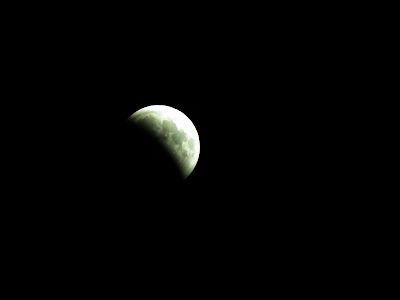 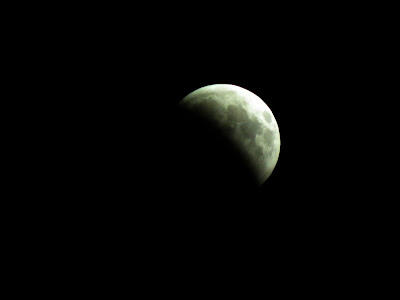 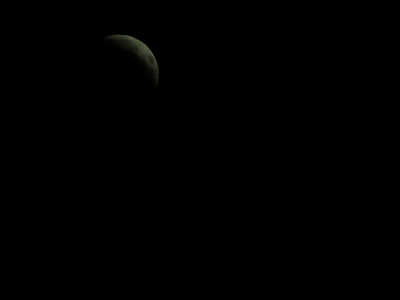 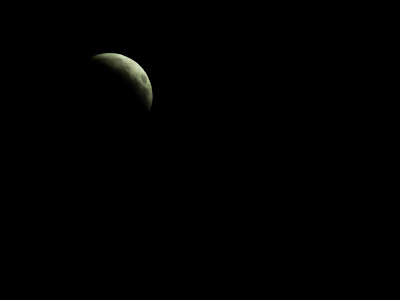 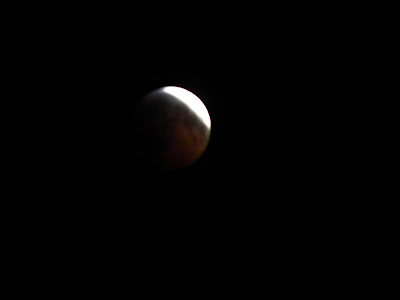 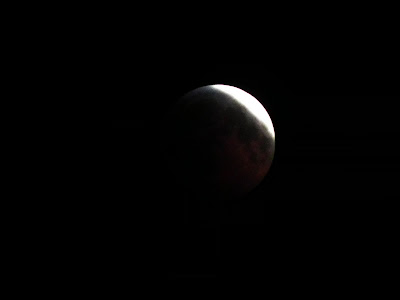 This last one is in totality and handheld using the low light mode. Yes it's blurry, but check out the colour. Maybe next time I will drag the tripod out in -19°. The last time that the eclipse occurred on the winter's solstice was 456 years ago. No one has figured out when the next one will occur, but it will be a while, I suspect. 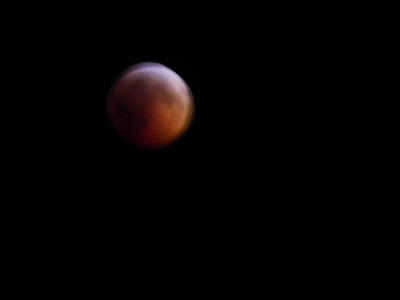 I also liked this photo of the eclipse a lot. It's better than mine.
Posted by Derek & Karen at 04:23