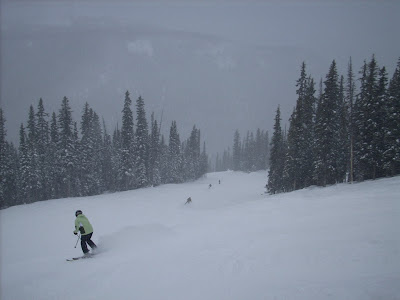 We didn't stick around late. KC was recovering from a cold and a funeral, and we were up on Divide, which was a waste of time. We didn't feel like going back to Goat's Eye, and like the bigger vert that you don't get on Standish or Wawa, so we bailed at 3. A season's pass will do that to you.
Posted by Derek & Karen at 19:30