Sunshine (and Quartz Ridge) in the Summer

Many years ago, I was up at Sunshine in the summer. We took advantage of our midweek sneak to head up on the bus this week, then hike around the meadows. The Village is a hive of construction activity, as well as lift maintenance. Here's the new wing of the Inn which will be open at Christmas. 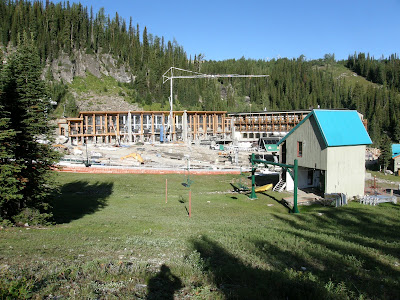 While we were there to hike, it's hard not to be curious about the runs we ski, like those on Divide. 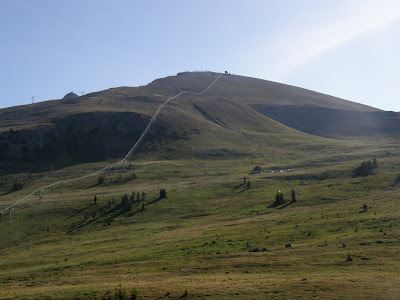 So we headed out towards Citadel Pass and Quartz Hill intent on getting up Quartz Ridge. The meadow is an easy, easy walk, until you get to a 150 m hillclimb to overlook Howard Douglas Lake, Citadel Pass proper, and the valley towards Mt. Assiniboine. 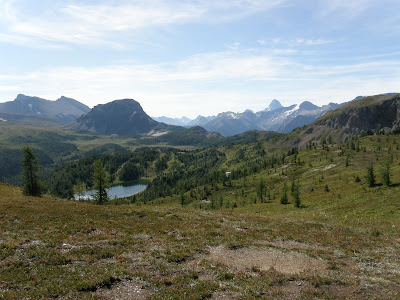 But our objective was Quartz Ridge. To put the ridge in perspective, here's a shot taken May 5th 2009 from an earlier winter post of the twin snow covered summits and long ridge leading up from Sunshine. 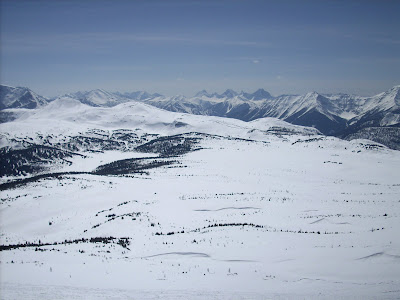 It was actually pretty straight forwards to get up to the high rockband on the upper cliff of the farthest (left) summit, seen in this shot from back near Rock Isle Lake. 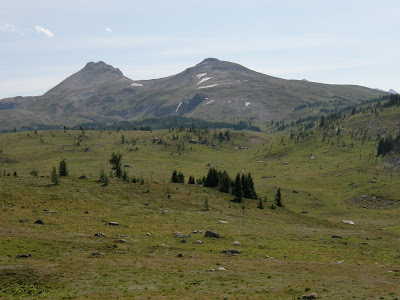 However, looking from below, we didn't like the scramble route to the top, so skipped it. The views of Simpson River Valley, other glacier and Mt. Assiniboine were fine from where we were. 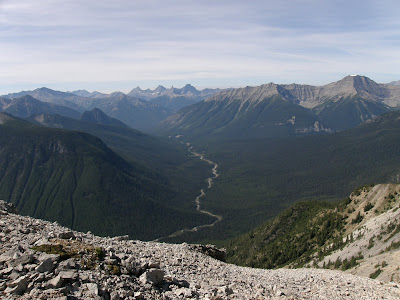 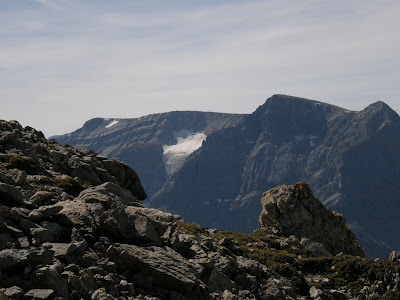 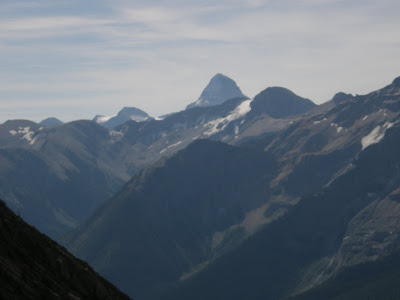 We ran into two Aussies on a "bush walk" up there, and lead them back down the ridge to Laryx Lake. 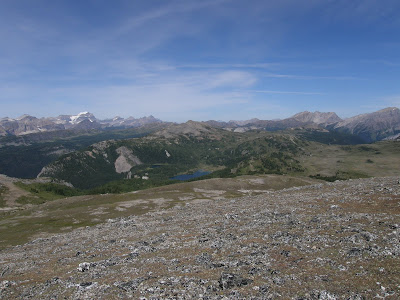 In truth, this route was a mistake; I should have stayed higher on the ridge and targeted Rock Isle Lake, so there was a bunch of tough bush bashing in a bear rich environment, where we saw one very big bear dig on our way through. 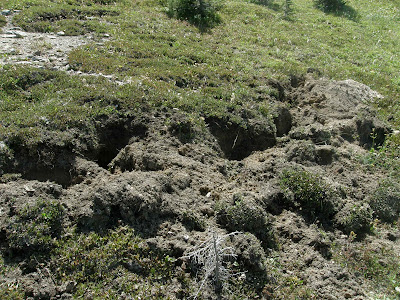 Once down at the lakes, we found all the tourists on the trails. There's a reason for this; the lakes are undeniably pretty. 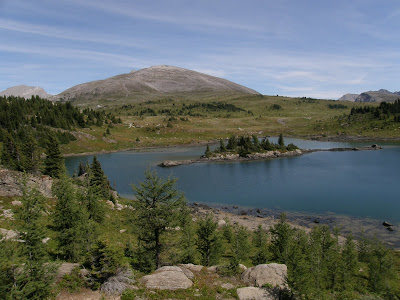 Aside from the bear dig, it was an OK wildlife day. We didn't see the bear that was at Lake Howard Douglas. There were about 1,000 or more Columbian Ground Squirrels, all of whom were too cheeky for their own good. There were marmots guarding Quartz Ridge. And there were 4 big Bighorn rams being lazy up on the flats under Quartz Ridge. 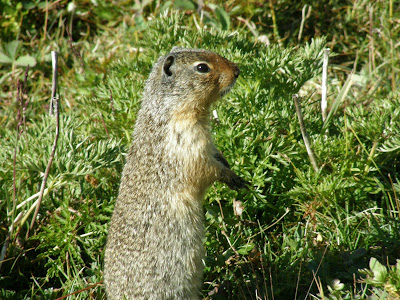 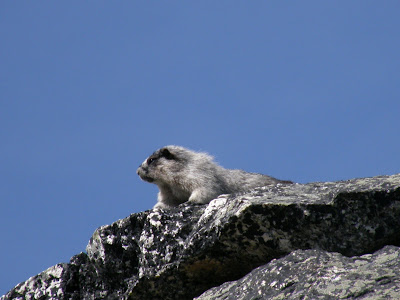 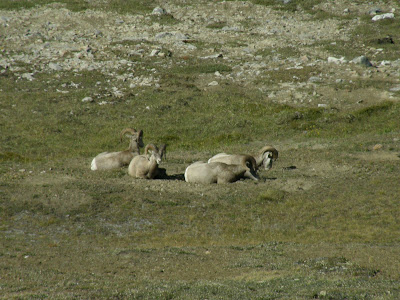 In short, this was a pretty nice loop and day, though in future, the easiest route to gain the ridge is to turn right immediately after descending the stairs below Rock Isle Lake, and start up the ridge from there.
Posted by Derek & Karen at 12:16