The centre section of the Spray Lakes Trail is a treasure trove of great hikes. On the west side of the valley, north to south, are Tent Ridge, Commonwealth Valley with it's access to lakes and the French Glacier, and the Burstall Valley. The east side, north to south, features the two Buller Passes, then Rummell, Chester, Headwall & James Walker Creek. Chester & Burstall are the best known and most popular, but the rest are really good, too.

Headwall was busy today because Chester is closed due to grizzly bear activity. Here's an example of bear activity in Headwall Lakes: one front paw print from a large black bear, laid down in the last 48 hours. 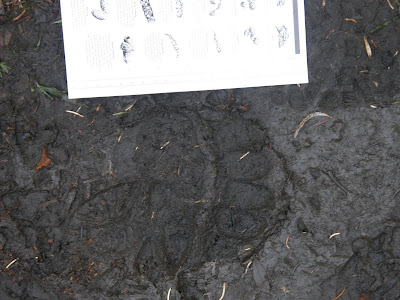 Fortunately, that and some old scat was the only evidence of bear we saw.

The Headwall Lakes trail doesn't have the most entertaining start; 5 km of pretty (and easily bikeable) logging road, infested with chipmunks & ground squirrels. 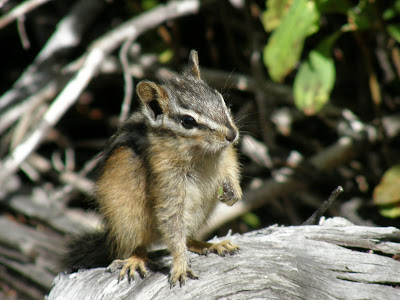 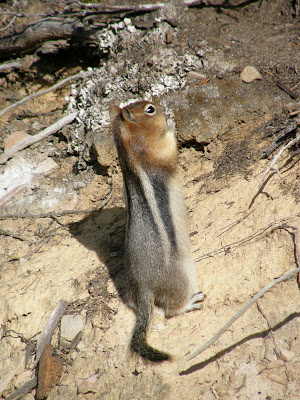 Suddenly, the trail just cuts up into the forest at an unmarked intersection. Soon, cool views of Mt. Chester appear. 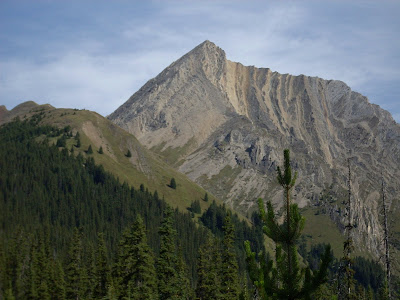 The trail follows Headwall Creek into some willow infested meadows. 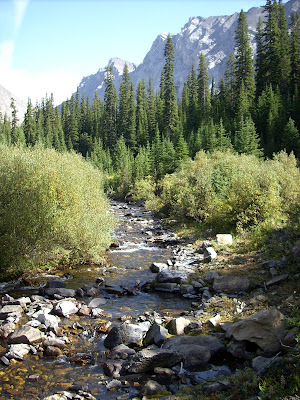 Then you cross some scree, climb a cliff... 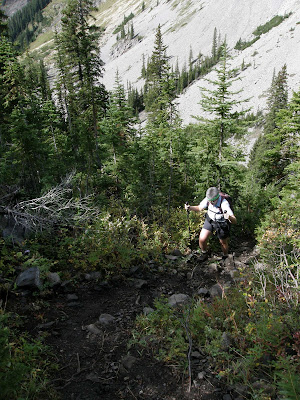 ...and actually, I was worried about going back down some of this, but it was easy.

The valley unfolds in a series of steps, some of which are cool limestone full of holes with water running underfoot. 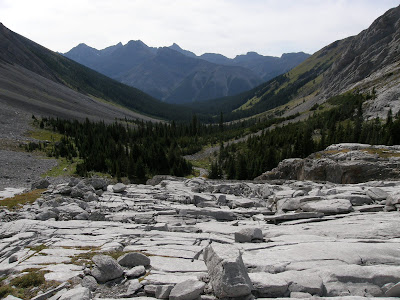 You end up at two lakes, a lower lake in a spectacular setting... 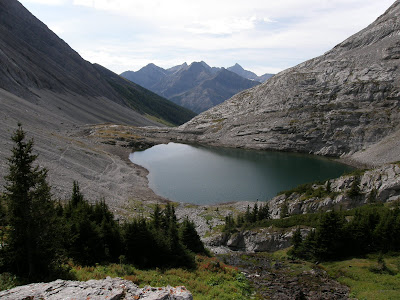 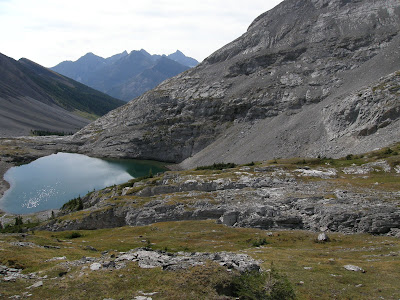 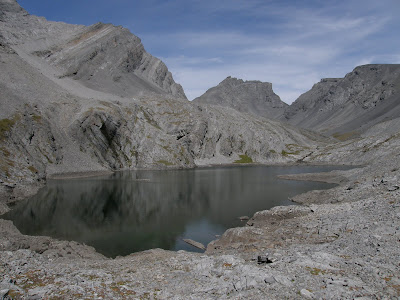 That's Fortress Mountain in the background, and from here, it looked like an OK scramble on lots of scree.

Seas of rocks attract my favourite critters, Pikas. We saw dozens. Some posed. All were harvesting grass. 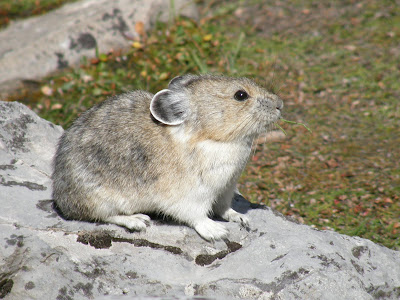 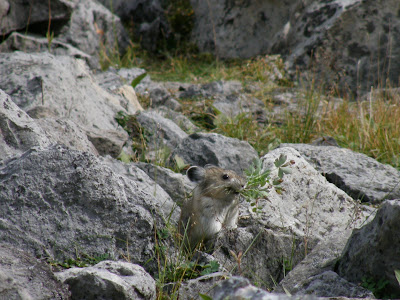 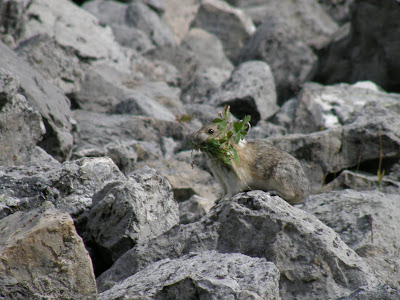 We also came upon a herd of Bighorn rams. At first we thought there was only two, and old one and a younger one. 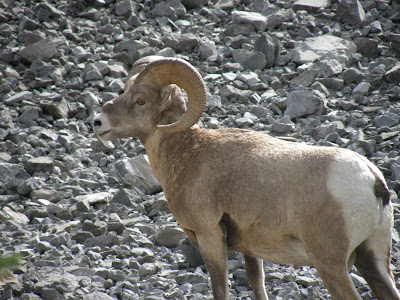 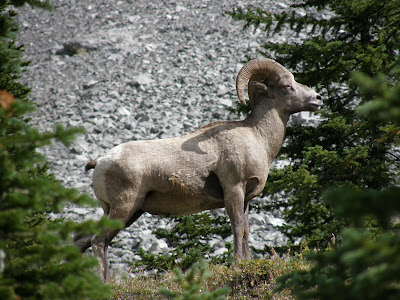 Turns out there were 7. The oldest guy led them in single file across the mountain face. 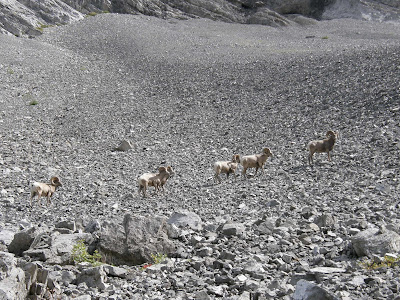 And to round out the animal show, an Osprey flew over, too. 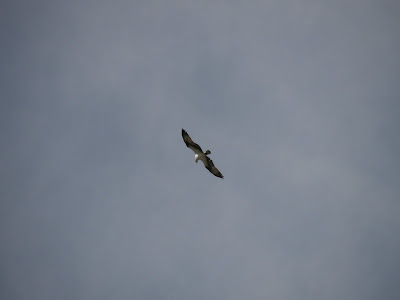 So Headwall Lakes is right up there with Rummell Lake in quality & interest. Both beat Chester by a mile.
Posted by Derek & Karen at 19:20