It has been snowing off an on at Sunshine for the last 2 weeks and the base is back up to 168 cm, from a low of 145 cm 2 weeks ago. And there is powder around, though yesterday before it got sunny would have had better snow. Here's two examples of the evidence that a lot of folks had powderlicious fun this week. 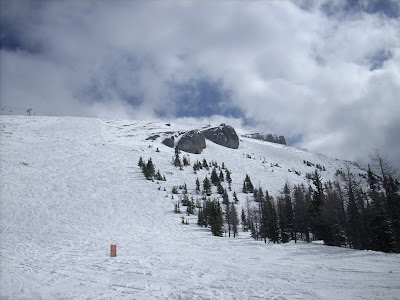 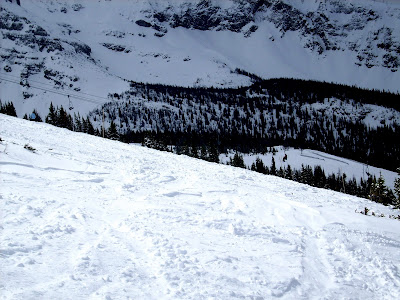 Now, looks can be deceiving. The snow in the second photo was nice, in the first photo not nice. The deal was that some of the lower, more sun drenched spots obviously caught the sun and did a freeze/thaw in the last 24 hrs. Others (like Bye Bye Bowl) did not, or at least not severely. So there were lots of nice things to be had, and the sun only came out on and off today, moreso in the morning. 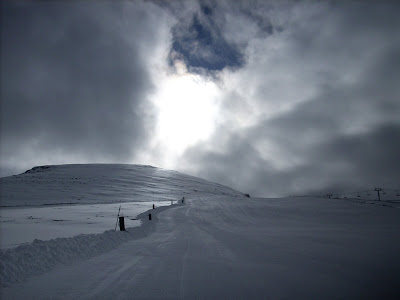 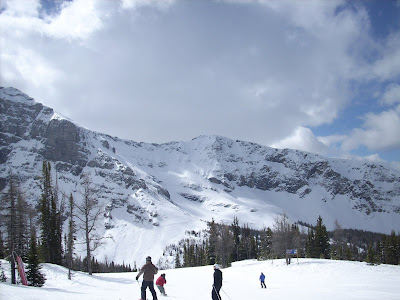 Coverage has improved dramatically with the snow, with very few bare patches. 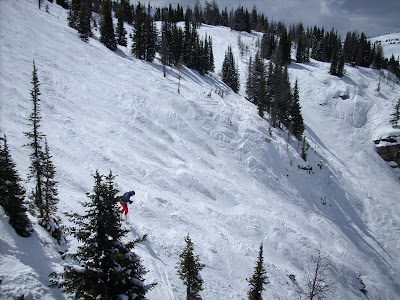 It socked in as the afternoon progressed, threatening to snow and making the light very flat. So we bailed at 3, having done over 8,000 m before lunch. 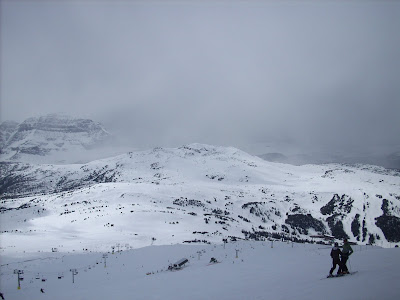