After dinner last night, we had not planned anything special. I had to run out to grab something I forgot to bring (and we forgot to buy), and found the streets not unexpectedly busy at 8:30 PM. So we opted to do our favourite Italian thing and go out for a wander in the streets, a "passagiata", so to speak.

We found lots of folks out and about. We wandered kind of aimlessly and found some pretty, and the occasional unique, buildings...
... then ran across the pretty Arenas de Barcelona.


It was here we sort-of found crowds.  This fronts a big traffic circle called the Place D'Espanya, and on the big spaces surrounding the Place, there were about 5,000 people. Vendors selling junk. A break-dancing street performance.


We hadn't realized what we stumbled into until we turned the corner onto Avinguda de La Reina Maria Cristina -- a street lined with lit fountains.

At the end of the street was the Font Magica de Montjuic, built in 1929 and Barcelona's answer to the Bellagio Fountains (okay, Barcelona's came first bu 80 years, but it's a reference you Las Vegas types will understand). Dancing to music and lit up by 4,500 lights, they go off on Friday & Saturday nights at this time of year from 9 PM till 10:30 PM. 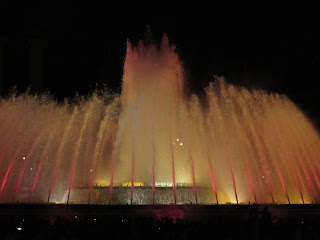 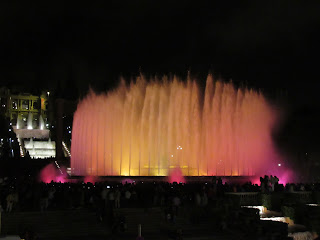 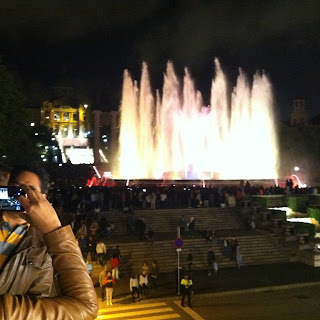 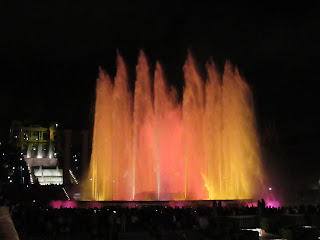 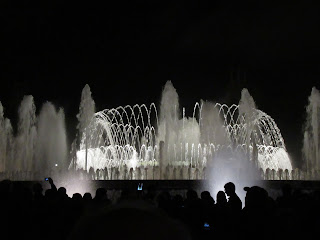 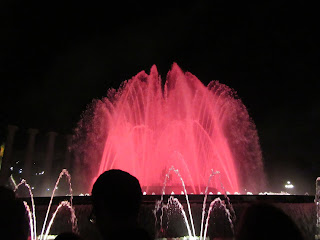 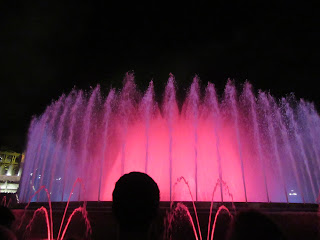 Above the Font Magica is the Place de las Cascades, a huge set of waterfalls (all lit up) leading to the Palau National, a neo-classical palace that houses the Museum of Catalunyan art. 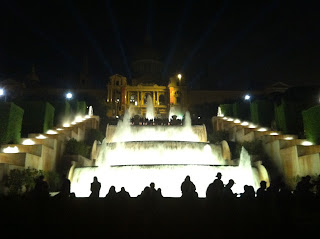 And from the top, you have sweeping views back down to the Place d'Espanya from high above the Font Magica. 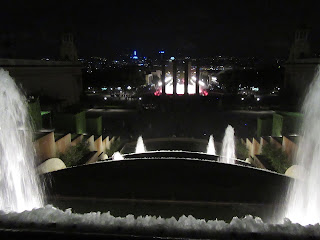 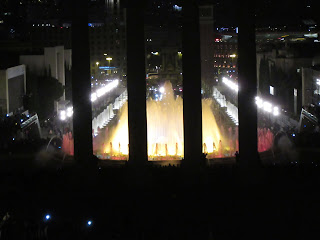 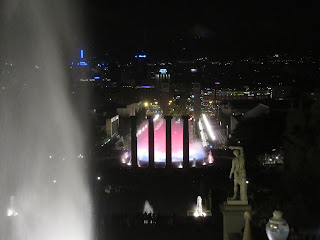 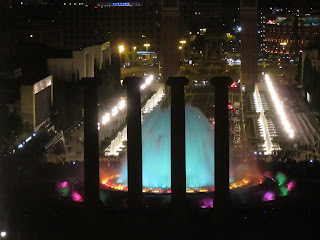 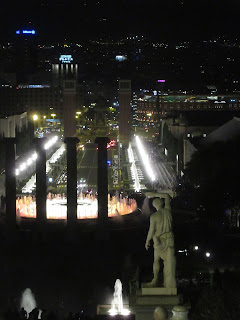 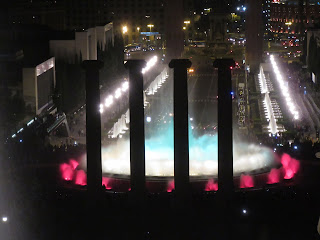 And you also get some pretty sweeping city views, from which we could see a well lit church that also seemed to have something funky going on. I think it's Tibidabo.
It was completely accidental that we stumbled onto this, and cool, too, given that it only goes off two days a week.