The plan for May 17 was to get in another day of spring skiing, but it just didn't work out that way. We felt lazy and didn't want to get up, so slept till 10, then went for a hike in the afternoon. We were not alone. Half the population of Canmore -- and their dogs -- chose to hike to Grassi Lakes in the 24° sunshine. 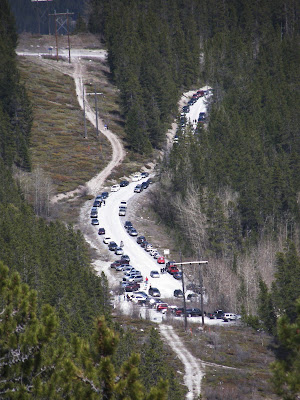 The waterfalls were churning, the forest was nice, the lakes were pretty as always... 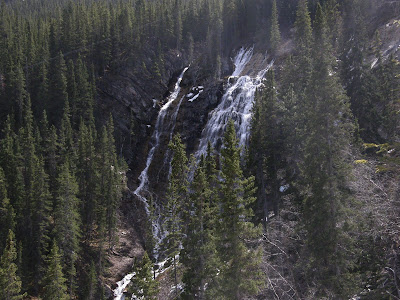 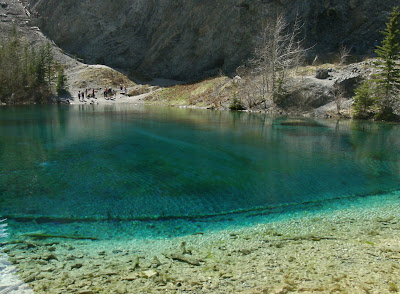 ...but for us, the best part of the hike were the birds. First, there was a Common Loon in the lower lake that didn't really seem to care that there were about 1,000 people and about 2,000 dogs on the shoreline, mere feet away. 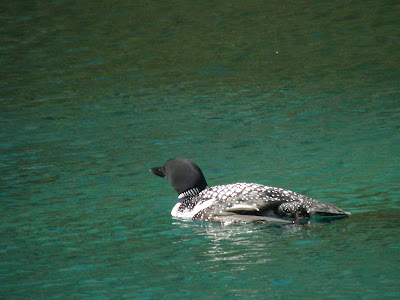 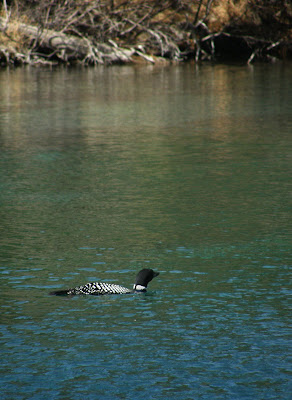 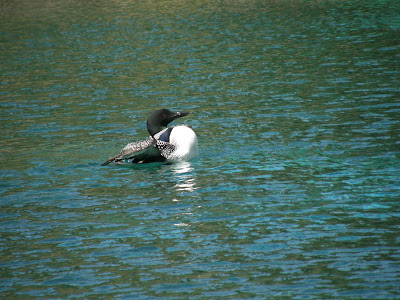 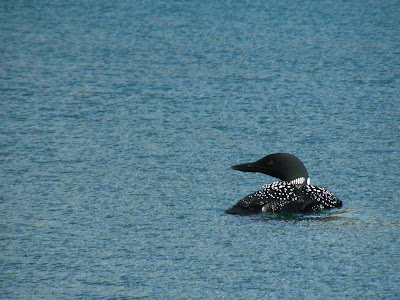 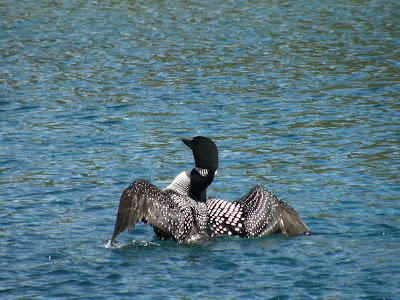 Then there was an osprey nest, with a baby in it, and mom and dad both came to tend to the nest. 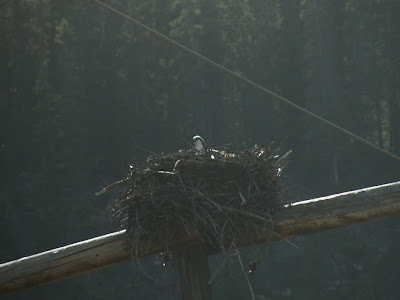 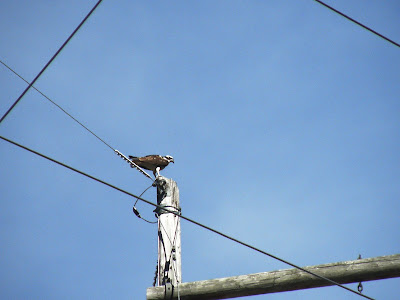 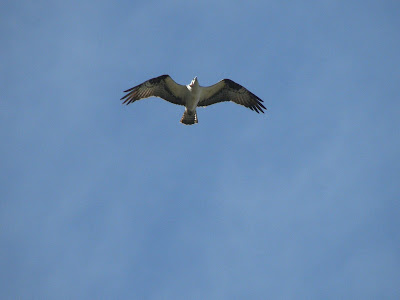 We were all excited about finding two separate bunches of birds. The first turned out to be about a dozen Gray Jays. The second started off as a single bird that we chased through the forest for a few minutes, then we saw about 2 dozen more, and it turned out to be Yellow Rumped Warbler, the most common warbler in Alberta. 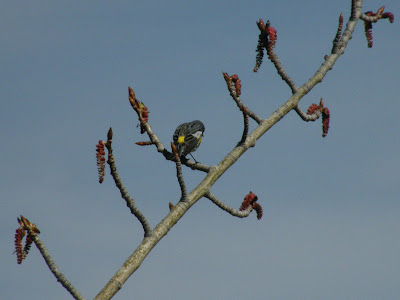 Still, it was a wonderful day for a first hike of the year.
Posted by Derek & Karen at 22:25