We had two cool things to start the day: the closest parking spot we have ever had... 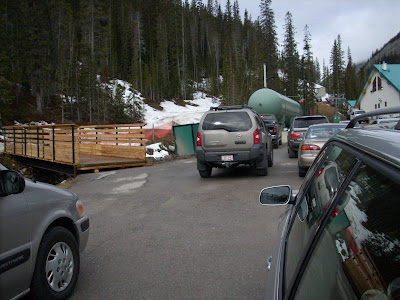 ...and two deer in the parking lot. 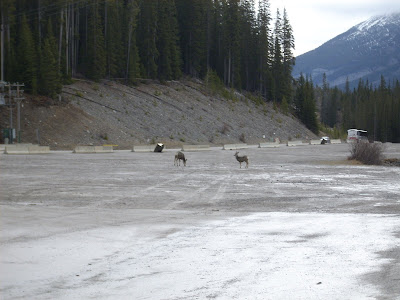 They said it would be cloudy with snow showers and possibly rain. They were wrong. Early morning fog filled the valleys... 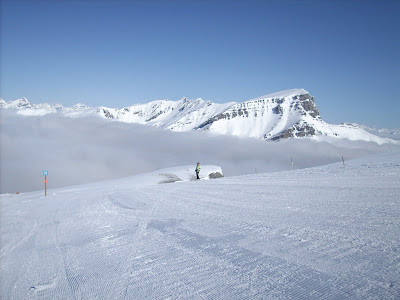 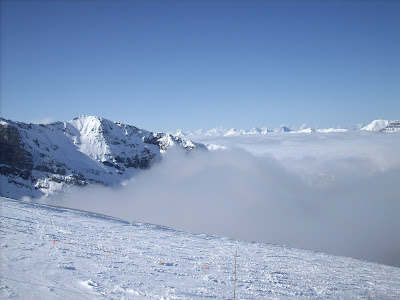 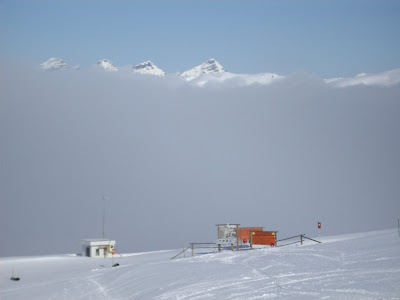 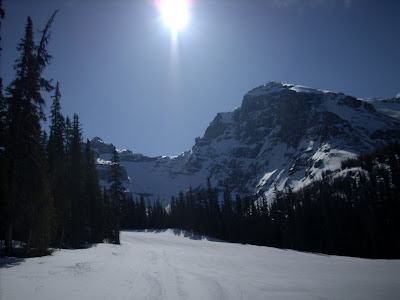 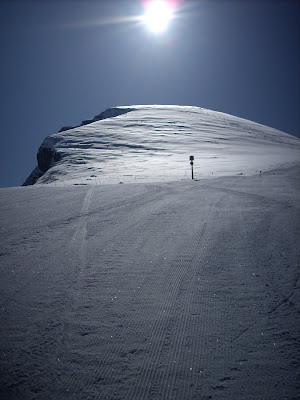 The clouds basically went away by mid morning, and the odd overdevelopment happened in the afternoon with the occasionally 10 minute snow pellet shower, like this one that huit while we were eating lunch on the deck outside the Inn. 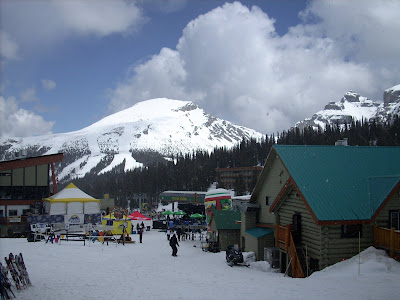 Despite the sun, it took a long time to soften, with many spots on Divide still very firm until 1 PM.

Today was the last day for the ski out, Goats Eye, Jackrabbit & Wolverine, but not for lack of snow coverage which remains fine everywhere. They are closing because of a lack of skiers -- Lot A was only 3/4 full, and were it not for the myriad of race teams practicing (the National team was in Bye Bye Bowl, for instance, and there was an RBC Riders competition in the Terrain Park), it would have been very, very empty indeed.