Looking for a short day with scenery, we decided to head up to C Level Cirque in Banff along with a whole lot of tourists. We have been on this trail a few times; the trail itself isn't that interesting, but some of the views are. Half way up there's a great viewpoint on the old coal mine tailings which features Lake Minnewanka & Mt. Inglismalde. 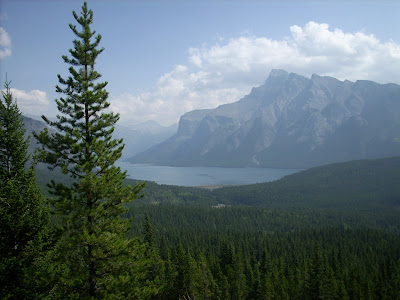 It was pretty hazy (I suspect due to distant forest fire smoke) so views up the Bow Valley were limited. 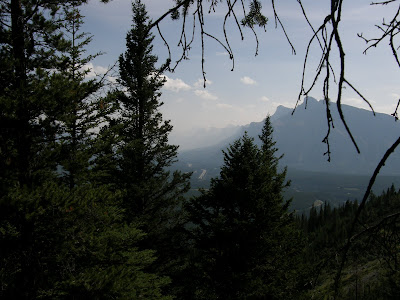 It's the time of the year for cool mushrooms, and here's a monster (probably 8" across) of a type I had never seen before. 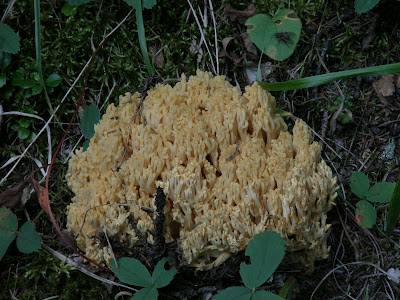 There were also a few nice birds, including this Wilson's Warbler. 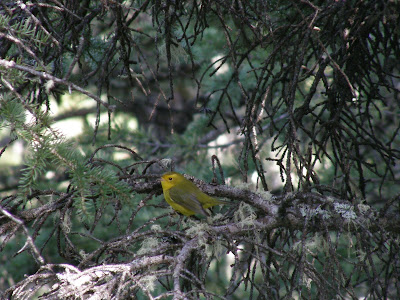 The cirque itself is dominated by one whole heck of a lot of rock that used to be up on the face of Cascade. 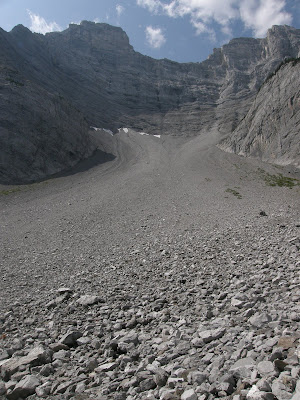 All these rocks are full of some of my favourite critters, including Golden Mantled Ground Squirrels... 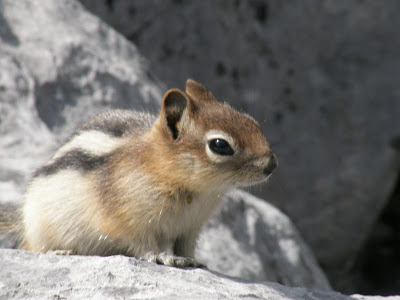 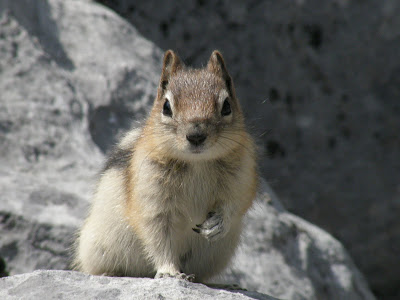 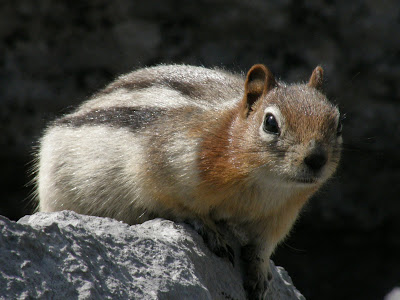 ...and the bestest of all, Pikas. Pikas rate a 15 on the 1-10 cuteness scale. From great faces, to cute little furry feet, to their rabbit-crossed-with-a-squirrel look, they are just great to see and to watch, and are without a doubt my favourie animal to see in the wild. This on was happy to let me take his picture while he had lunch. 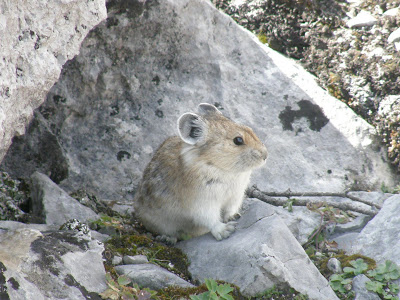 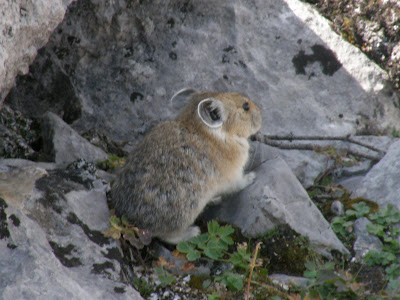 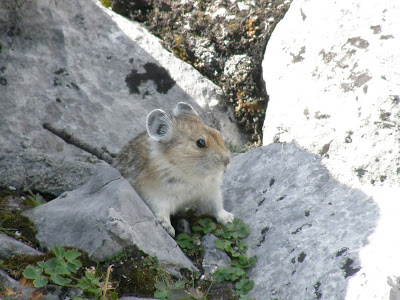 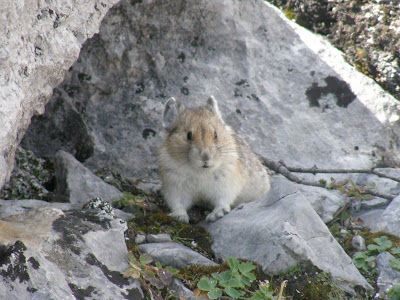 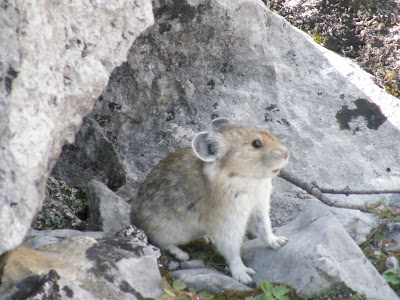 Love the Pikas. They are so hard to see - good pics!

What do you mean?

Pikas are darned near invisible. They are small and blend really, really well with the rocks where they live. Many times I have heard them but never seen them. Generally, you can't see them unless they move.