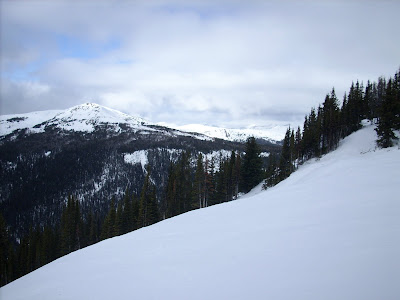 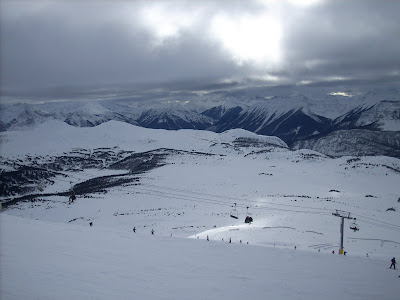 Rode a lift with two speed skaters from Holland. They just missed making the Olympic team, and were staying in Calgary for a competition before heading to Vancouver later this week to act as back up for the team. And we had just come from lunch where we had watched portions of the men's 5,000 m race. I was thinking: they were doing the 5 km in 6 minutes or so. That's an average of about 50 km/hr. No wonder they call it speed skating.
Posted by Derek & Karen at 18:52