Ski Day 26: Who took the grooming?

Not a great way to end the week. More freeze thaw meant everything was like rock this morning in the -10° AM temps, including the Sun Bowl and the Enchanted Forest. Somehow, even though neither were above zero yesterday, both were hard as rock virtually the whole day. Made the mistake of heading to Gem in the AM to find hard crusts in the Sun Bowl and nothing groomed at all. I was actually surprised how little was groomed on the entire mountain; heard a rumour that several folks either quit or didn't show up last night, so picking were slim until after noon (especially on Gem where nothing had been groomed and everything was frozen ruts, plus there was a 30 mph wind at the top).

So we ended up criss-crossing the mountain looking for good snow & didn't really find it until the PM. The Cliff was nice with not much freeze thaw action, but a bit windy. 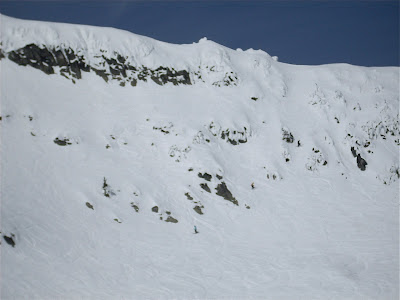 Ran a trip through Falcon/Grizzly Bowl at 2 PM and it was still a very firm ice crust, and not fun. Late (3-ish) there was sugar snow down very low, but thin overcast that had a mostly sunny AM got thicker as the day progressed and the afternoon heating never really softened things much. 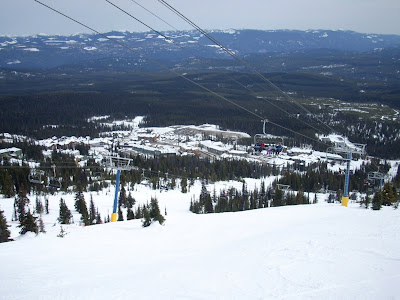