Not much to see from the Lookout

Another overcast day threatening rain caused us to be boring, stay fairly low and head to the Kananaskis Fire Lookout. This is a fair haul from the West Wing, but had the right combination of vertical gain, distance and low top altitude for a blah day like today.

We opted to access it from the Hwy 40 start. The Pocaterra ski trail is a boring fire road (the whole hike is a boring fire road), with the only real interest being the scads of bear poop and the other elk, moose and deer tracks. The lookout itself is bigger than most I have seen... 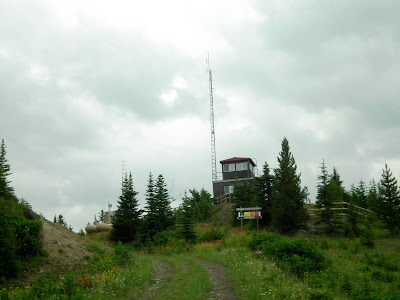 and the lookout folks working there were happy to have us visit. There was even bug goop in the mailbox that had the visitor register (and the mosquitos were just as bad as yesterday). The view wasn't breathtaking because of the cruddy viz, low cloud, patches of rain and smoke from the various fires burning. 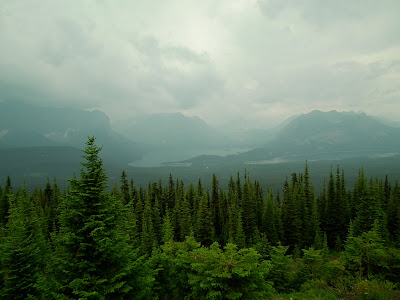 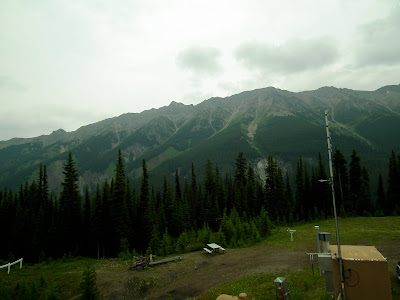 They have a resident ground squirrel who has to be the fattest beast I have ever seen. 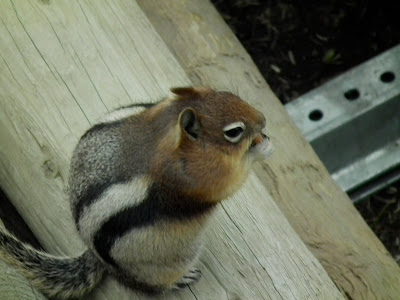 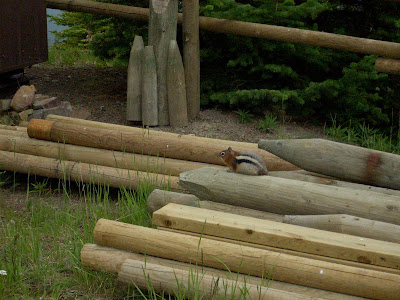 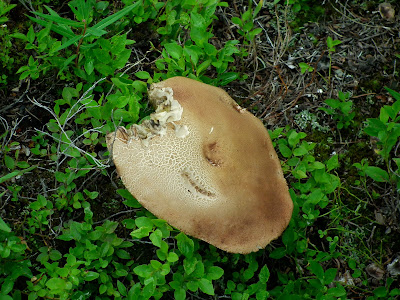 The only other real attraction for this hike was the wildflowers, and they are indeed in season. 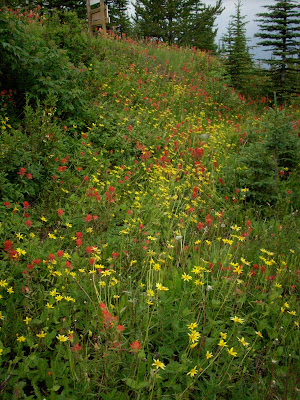 Next time, I would bike the section to the Tyrwhitt intersection, which is about half the distance with none of the height gain.
Posted by Derek & Karen at 18:46