These things I learned at this year's Junos:

Don't party with the CTV folks.

We got home from skiing, then some of KC's friends from Toronto stopped by for a quick glass of wine and a house tour before we headed to Escoba for dinner. Dinner was late, as we awaited the arrival of all the folks who were working the set up and the Juno gala. We got out of dinner at 10:30, then went across the street to Seven Restolounge for the CTV party. The lineup was a little goofy. Some 1,200 people had been invited to a party where only 400 could be inside at any one time. 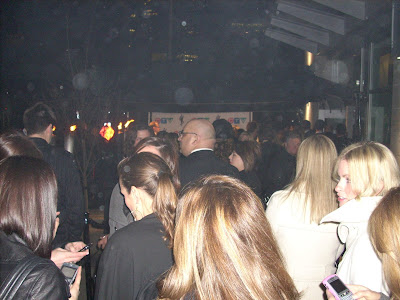 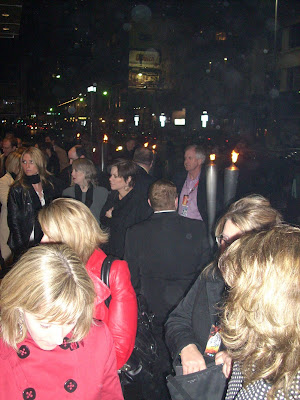 It was good that it wasn't too cold, but still we were directed across the street to wait for a few minutes to the Chicago Chophouse for a glass of wine (which was actually two bottles...) 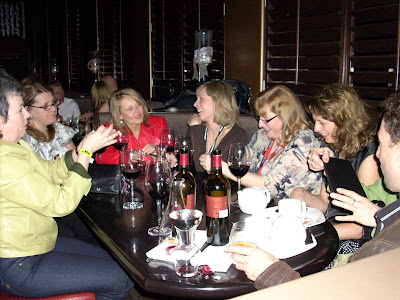 Then security game and got us, and we were escorted in. To a zoo. 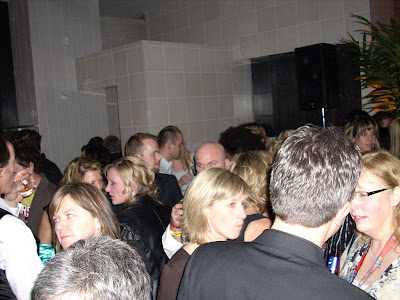 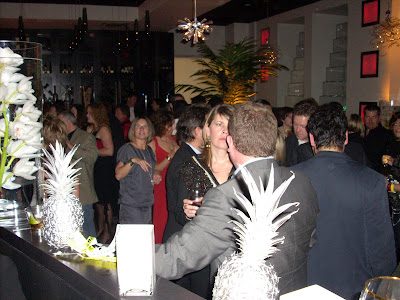 Still, it was a fun and star-studded zoo. I saw Tom Clarke, Ivan Fecan, Suzanne Boyce (Ivan is the Head of CTV, and Suzanne is President of the Creative stuff), Seamus O'Regan, MP Jim Prentice, Jack Layton, Genevieve Beauchemin (actually, she joined us for dinner, too), Pamela Wallin. Michael Buble was in the corner, and some of the guys from Hedley were there. 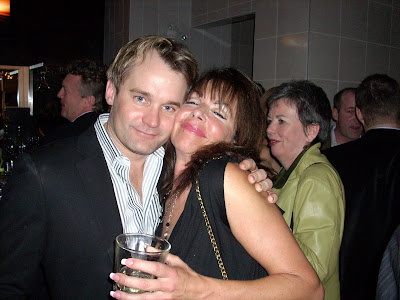 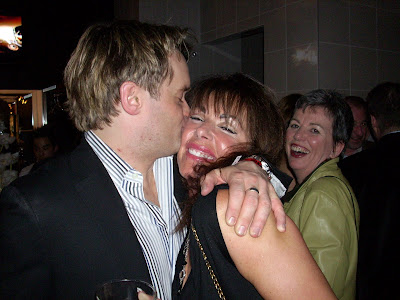 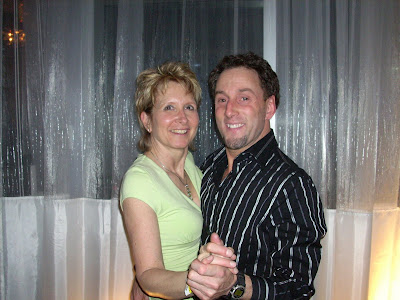 The bar was flowing freely. So freely that when I went to get a Cran/Soda at about 1:30, they really couldn't give it too me without putting Grey Goose Vodka in it (they were, after all, a party sponsor). It took me quite a while just to get a water.

Then KC was awoken to a work crisis at 8 AM Sunday, and she actually had to go to work at noon. Me? I got up at 3 PM. My throat was shot, partially from the LOUD music (so conversation was a scream), partially from dehydration, and partially from snoring, since Jello slept on me, keeping me on my back for several hours.

Then we went to the Junos themselves. It was a great event, with highlights being the 5 country guys who started the show, Finger Eleven, Feist, the kid Michael Buble introduced on sax who played Charlie Parker, Michael himself (don't like his stuff, but his voice is killer), Anne Murray's bad facelift, Jann Arden's re-gaining of the weight she lost (or her awful wardrobe) and being near Jim Cuddy.

But the bestest part? We dressed up for it. 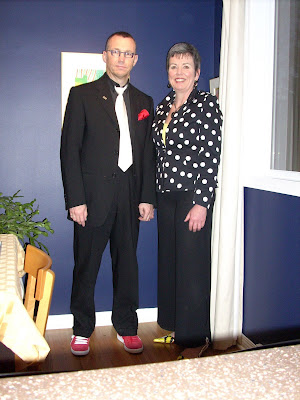 You can't believe the number of people who noticed my red suede shoes with the mis-matched laces. Cool.
Posted by Derek & Karen at 12:25

Lookin' soooo fine! Glad to see other ppl like to get into the spirit of the occasion. I was very disappointed with the majority of ppl in jeans and leather jackets. CRASS!
Yes .. Wendell and Bonita enjoyed the dancing very much. It was an AWESOME partee.