Chasing Wildlife at the West Wing

We were supposed to ski both Saturday and Sunday this weekend, and Saturday was shaping up to be a good day. On our way out on Friday night, we drove through a big blizzard and arrived to find about 5" at the West Wing. We had to get there early because we had some of KC's friends from CTV over for dinner. But to quote a post I made back in April 2008 regarding the Junos:

These things I learned: Don't party with the CTV folks.

It was just as true Friday as last April, and while my dinner was fab, we didn't get to bed until almost 2 AM, meaning no skiing on Saturday.

Instead, we went for a wander around Dead Mans Flats and we tracked wildlife. We found tracks of lynx, coyote, fox, rabbit, squirrel and birds who were hunting mice. We followed a coyote for a while; he seemed to be following the tracks of a lynx, and seemed to have a sense of purpose. 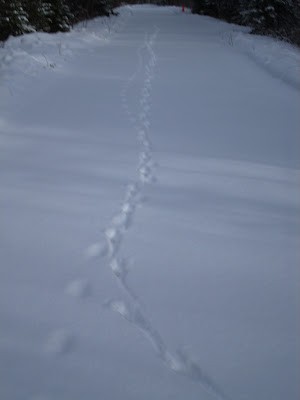 We went down to a meadow where I know elk winter, and yet the one set of tracks we did not see were two toed ungulates. No deer, no moose, no elk, no nothing. But the mountians were nice. 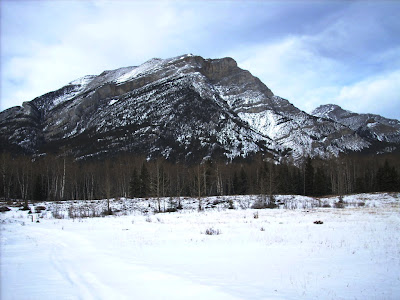 Back at home, we watched a lot of birds. The Pine Grosbeaks were out... 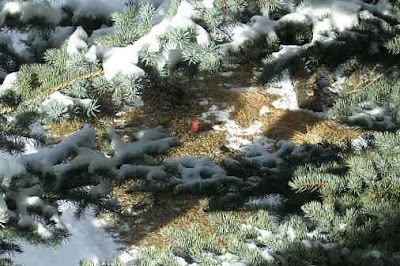 ...as were the chickidees, including Mountain, Boreal and the more traditional Black Capped. 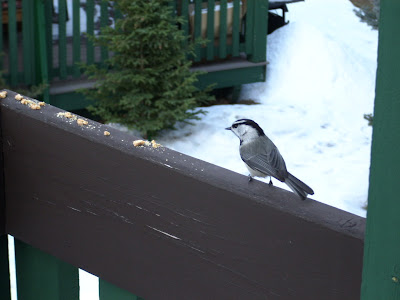 I think it would have been better to have been skiing, but we needed the rest.