A mighty similar day to yesterday, though it was a bit warmer (+4°) in the morning and a bit cooler (+12°) in the afternoon, likely due to more clouds hanging around. We heard that the snow in Bye Bye Bowl had softened by 9:30 AM, but nothing on Goat's Eye was soft until 11. The cord was in fact mighty firm and "vibratory." 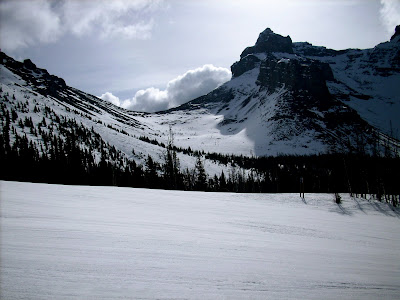 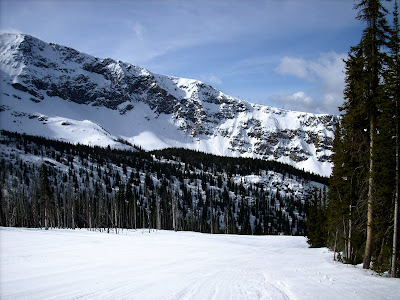 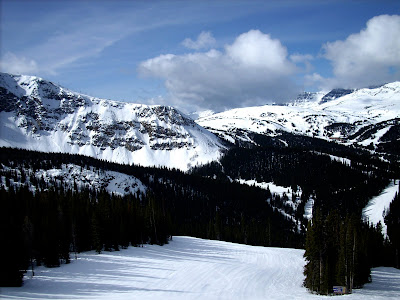 But when things softened, they were fine, and in fact a bit less sticky than yesterday, which was good. We deliberately had a later start today, getting there a half hour later than usual. It's not that we don't like the frozen corduroy thing, but softer is indeed better. However, the crowd was about 20% smaller than yesterday, so we managed to get all of our vert in and get home almost the same time as yesterday.
Posted by Derek & Karen at 19:44