The last time we tried to make it up here, it poured rain on us. Twice. The forecast today called for a 60% chance of showers. But by 2 PM it still wasn't too threatening, so we opted to bike in and try it again.

We biked the exploration/fire road about 15 min to the junction with the exploration road to the hoodoos. Just across the bridge, we stashed our bikes and started up. And up it is. Nearly 300 m up and stairmaster like for 2 km (about 45 min). Along the way, the views of Wind Ridge get better and better. 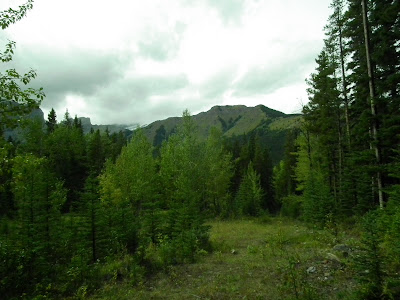 The road is deteriorating back to a trail in many places, especially higher up. 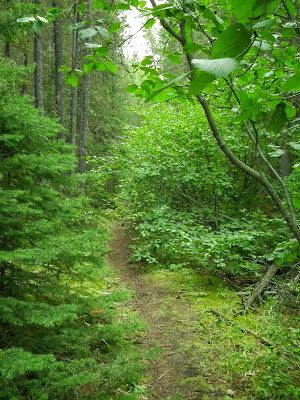 We got to the first overlook and found the hoodoos. They're OK but the ones in Canmore and Banff are easier to get to and more impressive. 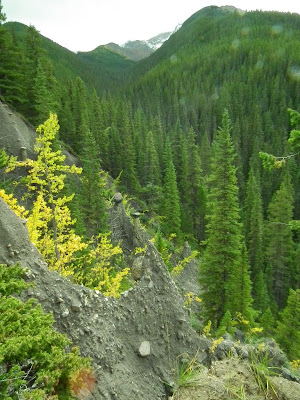 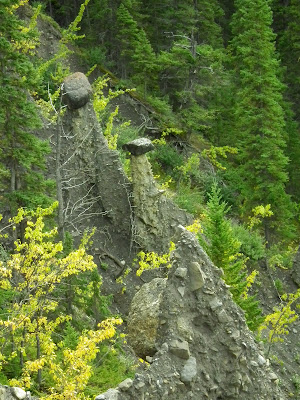 But our objective was to get the the Obelisk. We grunted up the last section of road, and found two side by side cairns leading to a treacherous path down a 45° slope covered in easily torn moss and friable shales next to a small cliff band that offered occasional handholds. 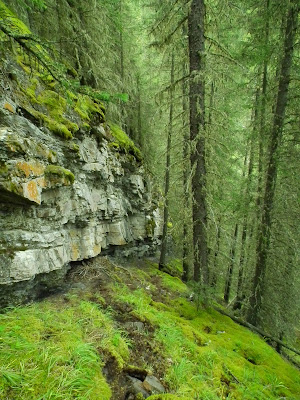 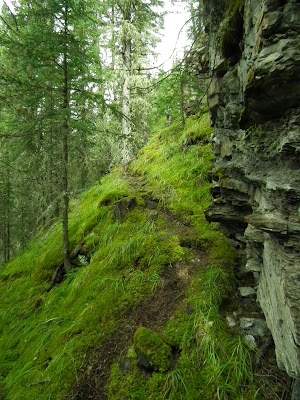 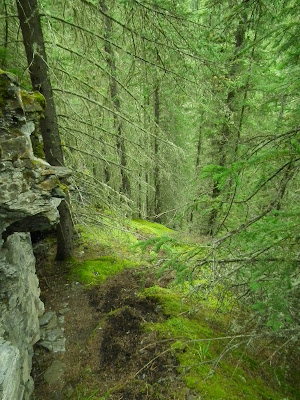 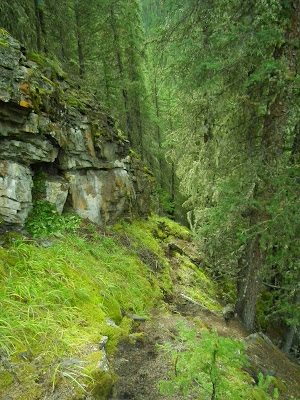 We got part way down but the footing was so atrocious that we turned back. We considered heading straight down, but that looked even worse. 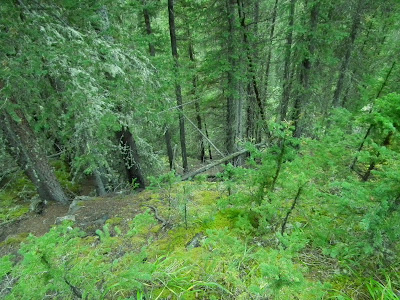 A weak trail continued up past the end of the road, but it petered out in dense bush after 40 m. So we gave up trying to find the Obelisk (my family motto: "Be chicken and live"), and headed back down the way we came up.

On the way down, we did fight our way through the trees at one point and found this little guy. 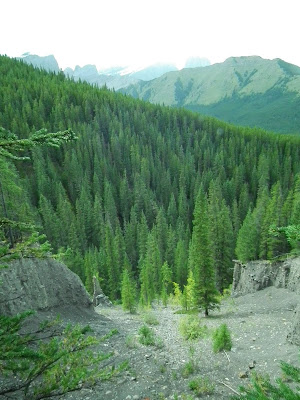 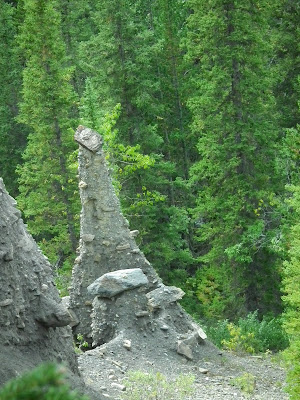 I wouldn't be in a rush to do this hike again. The trail is steep (though short), the hoodoos just aren't that interesting, and I wouldn't be in a hurry to tackle the slope down towards what could be the Obelisk again any time soon.
Posted by Derek & Karen at 17:32