Today was nicer in many ways than yesterday. For starters, we were nearly alone. The parking lot was just over half full, and there were no lines ever, including for lunch.

The snow was easier to ski, too. Yes, most of the epic knee deep powder lines were gone save for a bit of new stuff they opened overnight on the lower part of Gold Afterburner (giving access to waist deep drifts and some killer glade lines between Gold Afterburner and Gold Scapegoat). 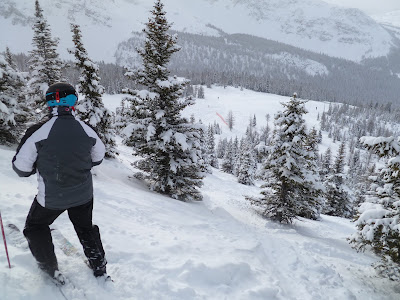 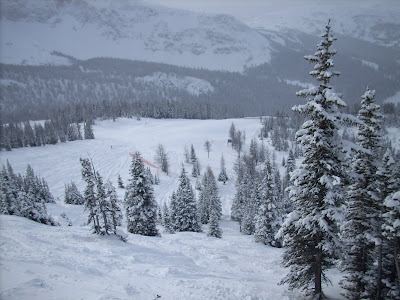 However, despite most everything being tracked up, the turns that were left from yesterday were sweet, and there was a couple of cm's overnight to make even the groomed stuff excellent. 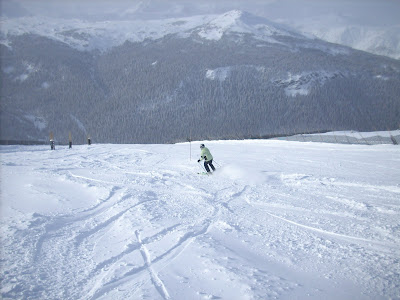 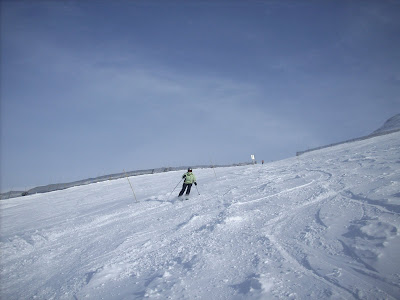 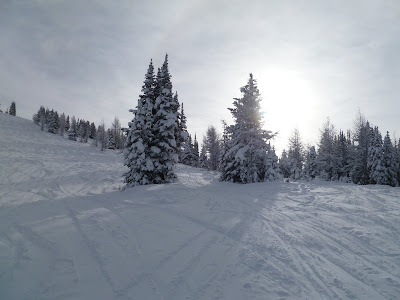 As you can see, the viz was better than yesterday, too, with hazy sun most of the day. 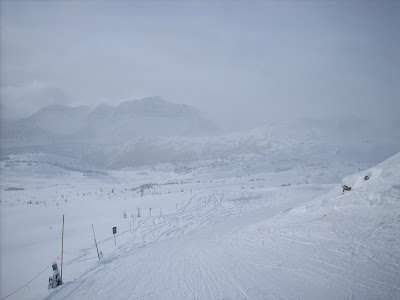 However, the two real downsides were (1) it was a lot colder (-17° at 9:30 at Goat's Eye base, peaking at -12° early afternoon at Divide base), resulting in frequent stops to de-ice goggles, and serious face mask frost... ...and (2) the snow itself was slow, slow, slow. All the traverses were particularly sticky, and scooting to Divide base or along Green Run to get out of Bye Bye Bowl were exercises in grunt skating.

So it was another nice day to have a hill to ourselves. 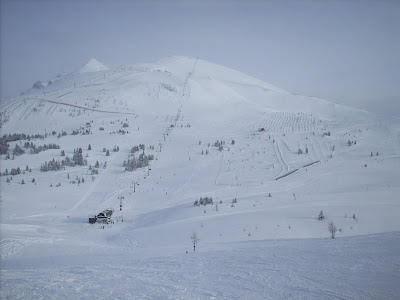