The bikes themselves are also a kick. My fave was the 3 seater.
I wish I had more photos of the sheer wacky variety of bikes we saw. Bikes with wheelbarrows on the front. Bikes with big trailers. Bikes that sat 4 (2 is so passé). And since so many Amsterdam granny bikes look the same (black, rusted, ugly), some people (mostly women) decorate their bikes with plastic flowers to help them find it in the 1,200 bike parking lot. When it comes to their bikes, the Dutch show their most creative side.


One souvenir I wish I had brought home is a genuine Dutch bike lock. No, not the monster-mega huge fabric wrapped chain and industrial lock they all use. Just the simple "shopping lock" they have. 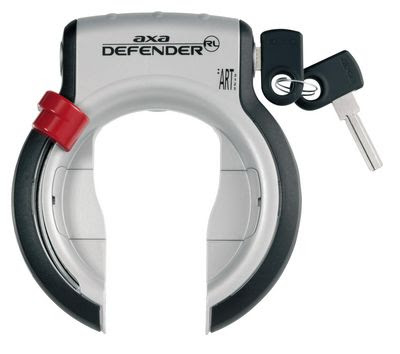 These locks are readily installed out of the way and are simple and generally safe to use.

Only problem is that some of these locks are/were not foolproof, as this YouTube video shows.


Since I got back home, I've noticed a lot of chatter in town about making Calgary more bicycle friendly. I'm certain there is no more cycle friendly place on earth than Holland, and probably no major city as cycle friendly as Amsterdam. Based on my month there, I draw but one conclusion:


Calgary has no hope.


No, Calgary will never be bicycle friendly. Yes, it can be better, but not by doing what they're doing.
And our bikes will never be as cool.
Posted by RyderDA at 16:17

You can dream big, but usually change only comes about with small steps, taken one by one, don't ever abandon hope....hahaha,

I am sure that small steps can be taken in Calgary as well...maybe your info can help raise awareness and maybe it could even help guide measures in the right direction.

I would forward it to those that can influence any such a decision.