Ski Day 24: More of the Same, only Heavier 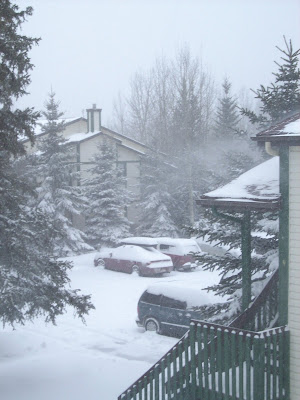 -- and radar that said it was dumping between here and Calgary, but reports of nothing really new at Sunshine (3 cm). But they were wrong. Sunshine just got the edge of it, getting another 6-10 cms, similar to yesterday. 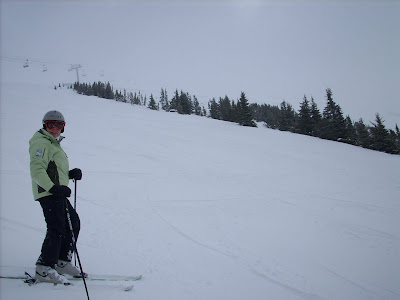 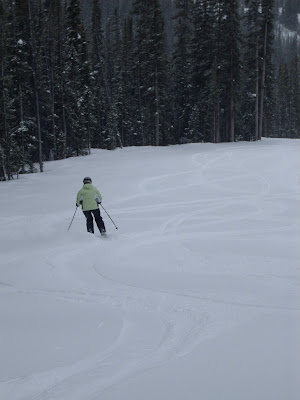 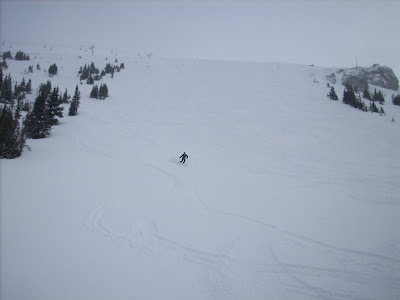 Even this amount of snow was wind affected, though, so unlike yesterday where it was all light and fluffy, today's fresh snow was more dense and wind compacted, and some spots - notably Gold Scapegoat and the top of Bye Bye Bowl - were blown clear to ice before you got to the powder. This made for interesting conditions, because expanses of untracked white were sometimes boot top deep powder, and sometimes glare ice, and you could not tell which until you got there.

It stayed mostly cloudy for the day with a moderate east wind, and occasionally, the clouds formed below us, which is always cool. 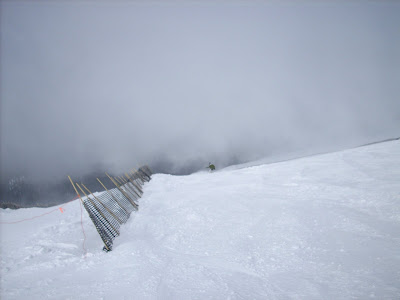 Delerium was reasonably busy today, as you can tell by the tracks you can see near the bottom. 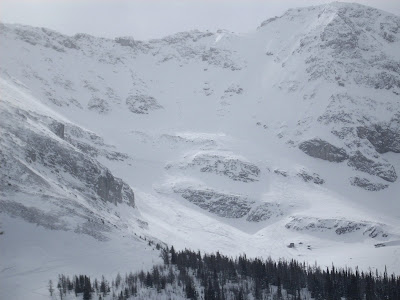 Generally the snow coverage was really nice, with soft bumps forming everywhere by the afternoon. This despite a real lack of crowds (the A & B Lots were not full), likely due to the condition of the roads from Calgary.
Posted by Derek & Karen at 15:50